The Panorama Mall, a longtime landmark in the northern San Fernando Valley, is in for some big changes. 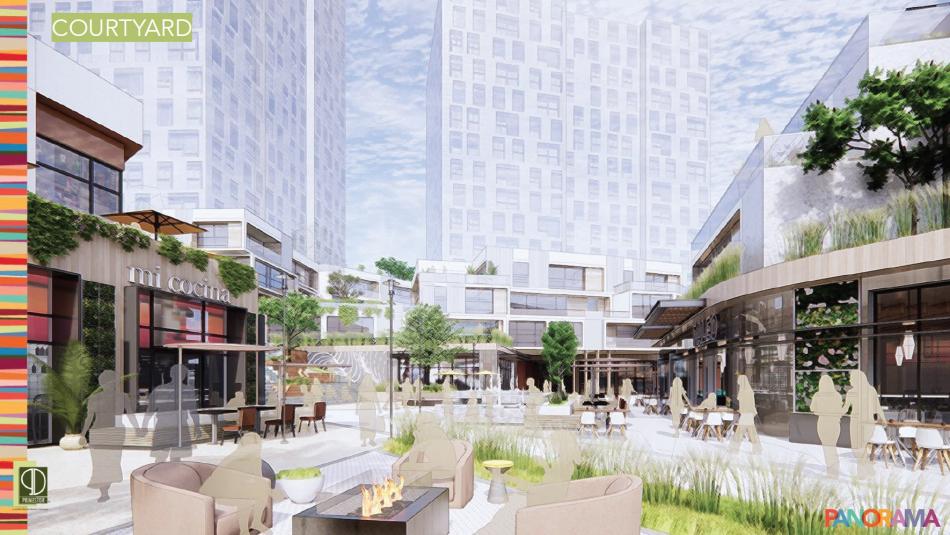 Primestor Development, which owns the roughly 20-acre shopping center at 8401 N. Van Nuys Boulevard, filed plans last month with the City of Los Angeles to redevelop the property with nearly 4.5 million square feet of residential, hotel, and other commercial uses. Existing improvements, which include roughly 143,000 square feet of retail and restaurant space, as well as surface parking for 1,305 vehicles, would give way to a phased development consisting of:

Excluded from the project are a retail building now occupied by a Walmart, as well as a restaurant at the intersection of Van Nuys and Roscoe Boulevards. 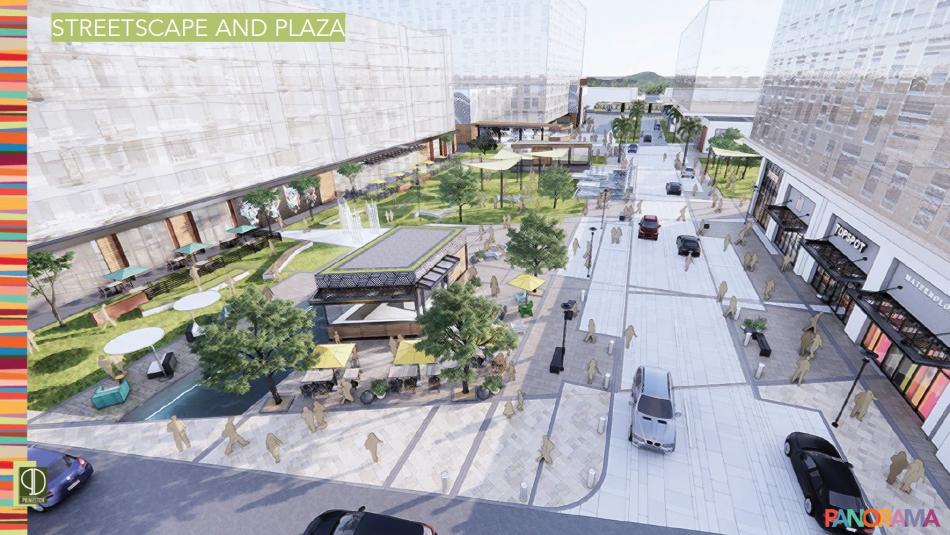 Per findings included with the project application, the multifamily housing would include a mix of market-rate, senior, low-income, workforce, and dormitory units. Roughly 20 percent of the total housing, or just over 700 residential units, would be restricted low-income affordable housing.

Proposed commercial uses would include a fitness center, restaurant space, a movie theater with up to 2,300 seats, a recording or movie studio, medical offices, and room for either a banquet hall or a museum.

The sprawling project site, which spans a block bounded by Van Nuys, Roscoe, Tobias Avenue, and Chase Street, would feature more than 146,000 square feet of common open space, including an event plaza and an outdoor concourse.

An unspecified number of parking stalls would be provided in above- and below-grade garage space. 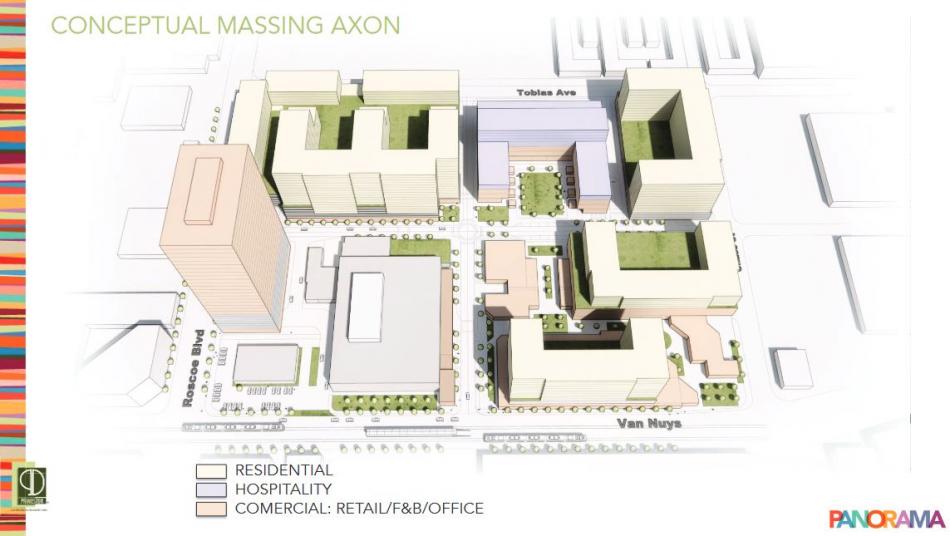 The proposed specific plan would accommodate some of the tallest buildings in the San Fernando Valley, with 15-story buildings oriented toward the northern side of the site adjacent to Chase Street, and 20- and 30-story buildings along Roscoe Boulevard to the south.

Plans to redevelop the mall, which Primestor first considered more than five years ago, come at a time when both public and private investment is flowing into the Panorama City community. 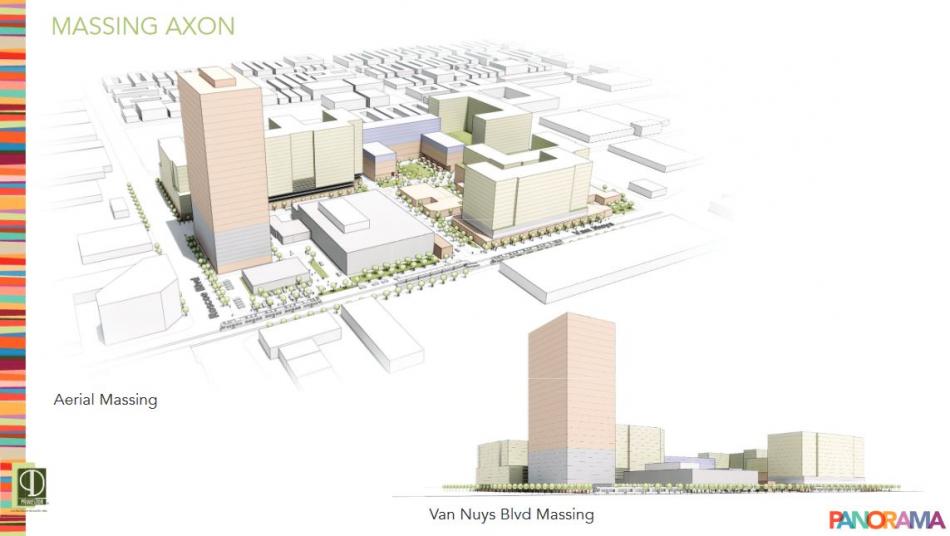 Perhaps the most visible change will be in the median of Van Nuys Boulevard, where Metro is in the planning stages for a new light rail line which will connect the north San Fernando Valley with Van Nuys. A stop is proposed at Roscoe Boulevard, adjacent to the Panorama Mall.

A block south of the mall, an office tower vacant since the 1994 Northridge earthquake was revived in 2020 as a 194-unit rental apartment complex by developer Izek Shomof, who is also planning 200 apartments to replace a parking lot next door.

Likewise, construction recently kicked off for a 180-unit affordable and permanent supportive housing complex on a Los Angeles County-owned site along Lanark Street. 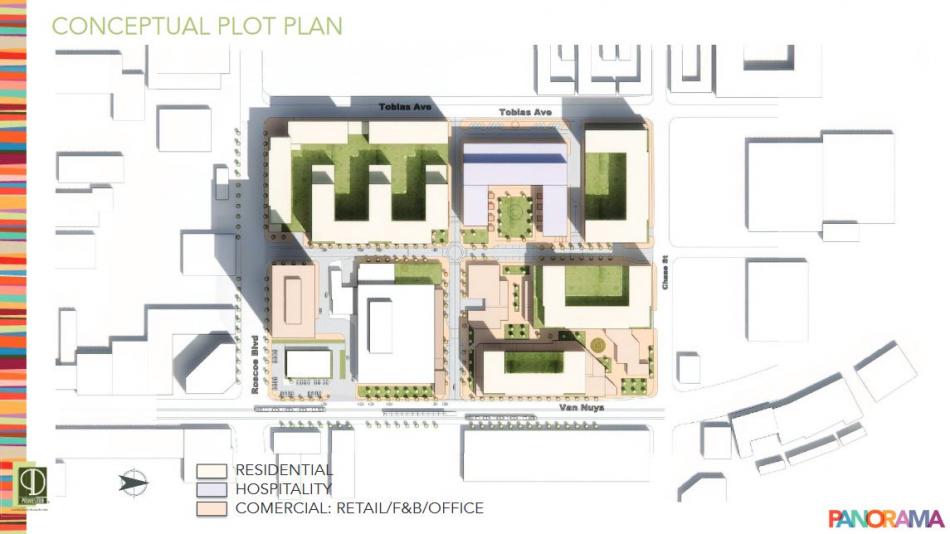