More than seven months after we last dropped by, wood framing is nearly complete at Alexan NoHo West, a new apartment complex from Trammell Crow Residential. 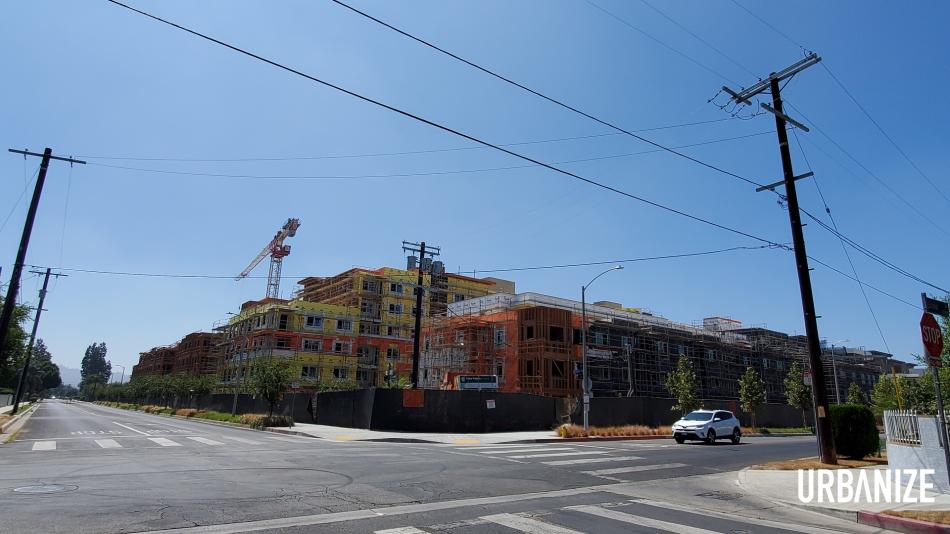 The project site, an L-shaped property at the southwest corner of Radford Avenue and Erwin Street, was once surface parking for North Hollywood's defunct Laurel Plaza shopping mall. Under plans approved by the City of Los Angeles, the new development will include 644 studio, one- and two-bedroom apartments - with an average size of approximately 800 square feet - as well as parking.

A leasing website for the property advertises a mix of studio, one-, and two-bedroom dwellings priced between $2,335 and $4,040 per month.

The new construction includes a six-story, podium-type structure fronting Erwin Street, which is largely complete. That building's roofline steps down in height toward Erwin Street, providing a transition to the lower-scaled neighborhood to the north.

Construction continues at the second building, a seven-story wrap-type building - which will include separate courtyard areas. 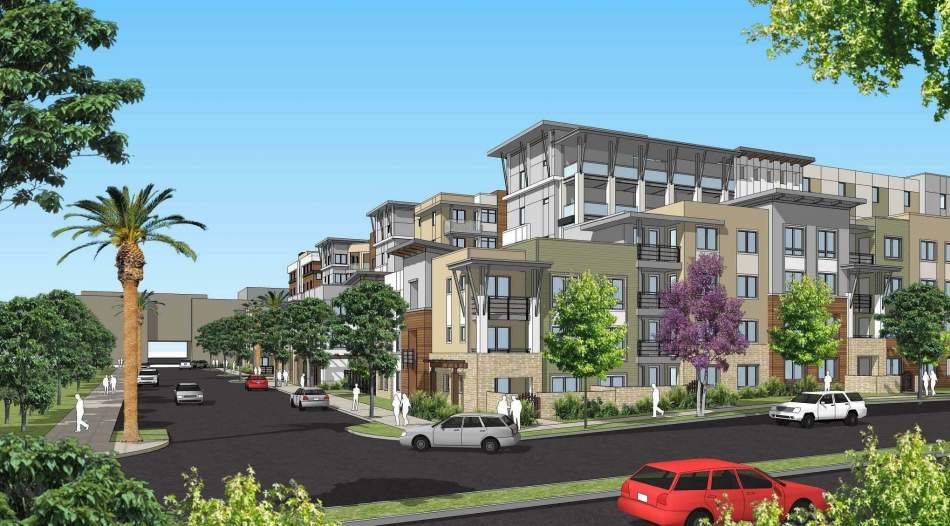 Rendering of the Alexan NoHo WestAO

Both buildings are designed by AO.

According to a landing page on the Trammell Crow Residential website, completion of the Alexan is expected to occur in phases between late December 2021 and April 2023.

The Alexan was approved as part of a larger master plan for the former Laurel Plaza site by co-developers Merlone Geier Partners and GPI Companies.  Those companies already completed a partial redevelopment of the site with a 190,000-square-foot shopping mall, as well as the conversion of former Macy's department into 500,000 square feet of office space.