Almost one year after our last update, construction continues for a pair of new office developments from CIM Group at the intersection of 30th Street and Crenshaw Boulevard in Jefferson Park.

At the northeast corner of the intersection, glass panels now wrap the exterior of 2922 Crenshaw, a new three-story building that will feature approximately 87,000 square feet of office space above 1,750 square feet of ground-floor retail upon completion. The project will be accompanied by 326 parking stalls in an adjacent garage.

Designed by Abramson Architects, the contemporary low-rise complex will feature a landscaped courtyard between the garage and office building, as well as a rooftop amenity deck for use by tenants.

"The highly visible structure uses variations in massing, roof forms, wall planes, and surface articulation to create a sense of entry and reinforce the neighborhood scale," reads a design narrative from the Abramson website. "It features dramatic overhangs, inset corners, storefront windows, and numerous public spaces to create visual interest. A unified street wall on one side of the property further stimulates pedestrian activity along the redeveloping opportunity zone."

Across the street, the concrete skeleton of CIM's second office building is topped out on a property at the southeast corner of the intersection. 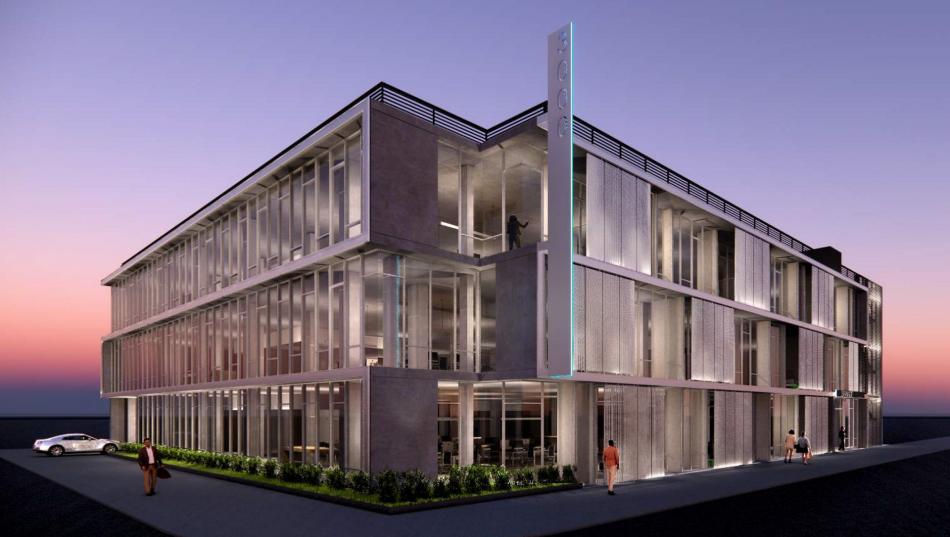 The three-story building at 3000 Crenshaw, designed by ShubinDonaldson, will feature nearly 55,000 square feet of offices atop a two-level, 86-car subterranean parking garage.

The development site, located three blocks north of Metro's Expo/Crenshaw Station, joins a number of infill office developments in the Jefferson Park and West Adams neighborhoods. A short walk east, the Luzzato Company has built two similar projects with more than 200,000 square feet of combined space. One is leased by fast-casual restaurant chain Sweetgreen, while Kim Kardashian's Skims clothing brand is reportedly in talks to lease the second. 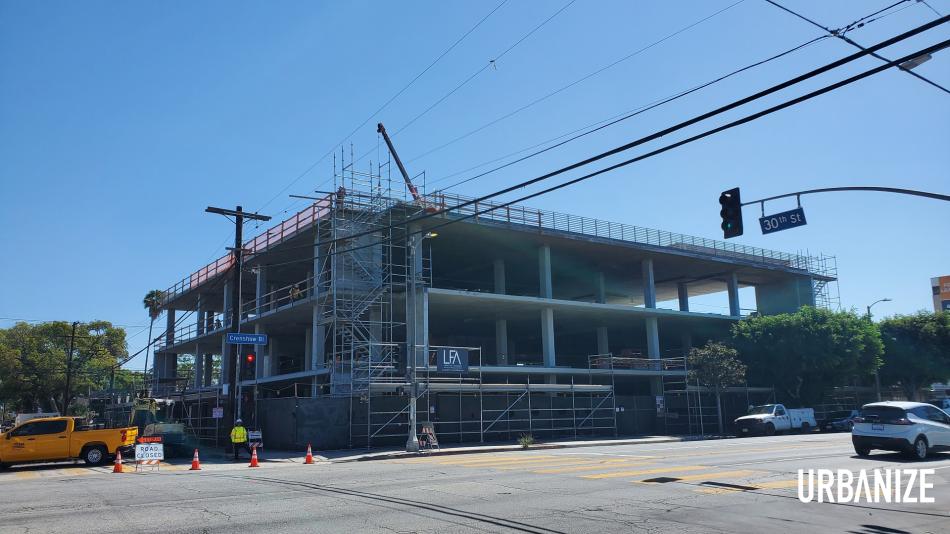 CIM Group, which has invested heavily in infill and by-right developments in the West Adams and Jefferson Park neighborhoods, is not done on Crenshaw Boulevard.  Directly across the street, the developer is planning a 168-unit apartment complex on another property owned by West Angeles Church.