Four years after it was filed with the Planning Department, a proposal to redevelop a corner lot in Koreatown with a hotel and commercial uses is finally moving forward with the release of a new environmental report.

The project, slated for the southeast corner of 8th Street and Mariposa Avenue, calls for the construction of a six-story building containing 95 hotel rooms above 4,716 square feet of ground-floor commercial space and 70 parking spaces in three basement levels. The subject site is currently improved with an asphalt parking lot and a 1920s fourplex. 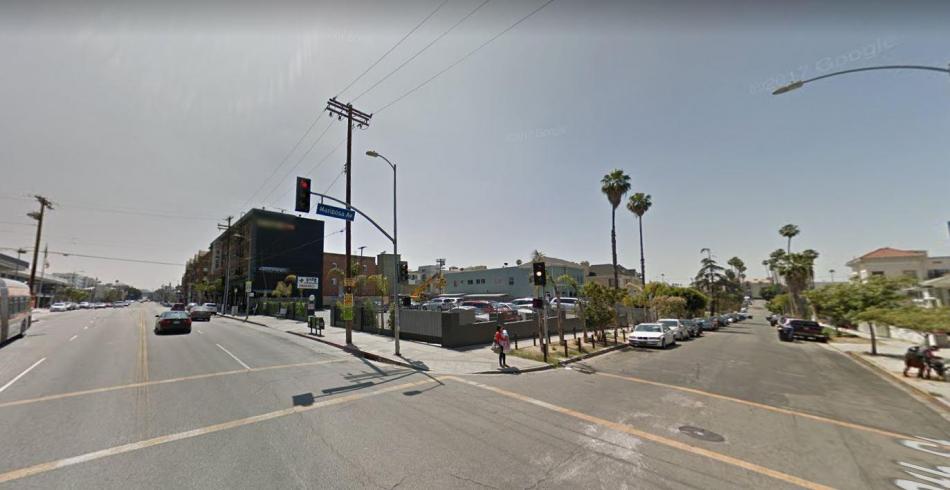 EWAI Architecture is designing the hotel, depicted in a rendering as a contemporary podium-type building, which would include amenity decks on the second and sixth floors, as well as a courtyard, a rooftop swimming pool, and a bar.

City records list the project applicant as Mike Barry. The proposed project differs in owner and concept from when initially filed with the city in 2018. At that time, it was envisioned with a mixture of hotel guest rooms and rental apartments.