Hines' plan to redevelop an industrial site next to Warner Music Group's Ford Factory offices is taking a step forward, with the start of the project's environmental review period. 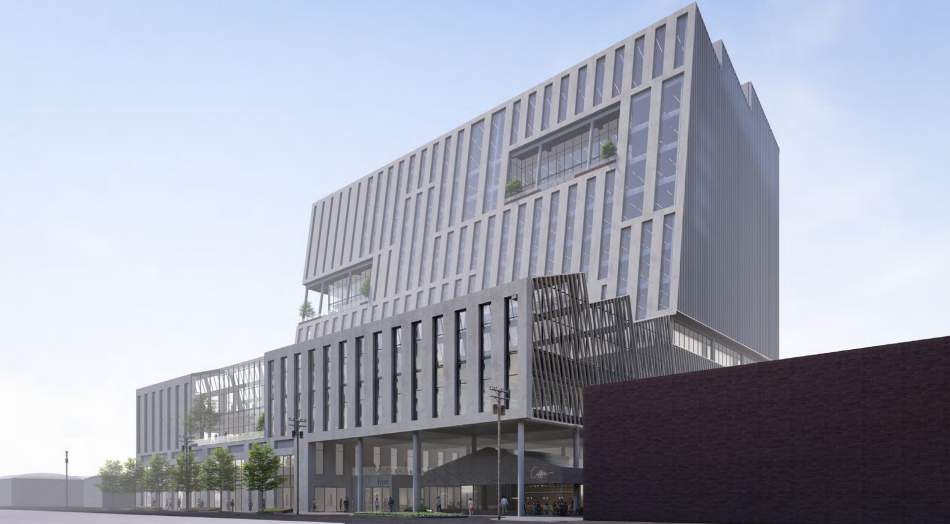 The project, according to an initial study published last week by the Los Angeles Department of City Planning, would rise at 2045 E. Violet Street - directly south of the Ford Factory. Plans call for razing and existing warehouse and a small office building, clearing the way for the construction of a new 13-story edifice featuring approximately 435,000 square feet of office space, nearly 15,500 square feet of ground-floor commercial space, and semi-subterranean parking for 1,264 vehicles.

Rios is designing the new building, which would have a sloping facade of glass, steel, and brick veneer, rising to a sawtooth roofline peaking 217 feet above street level. More than 74,000 square feet of open space is planned within the project site, including terrace decks on the building's upper floors, and ground-level spaces that connect the Ford Factory with surrounding streets.

According to the initial study, construction of the new office building is expected to occur over a roughly three-year period commencing in 2023 and concluding in 2026. That schedule is contingent on the approval of project entitlements by the City of Los Angeles, including a general plan amendment. 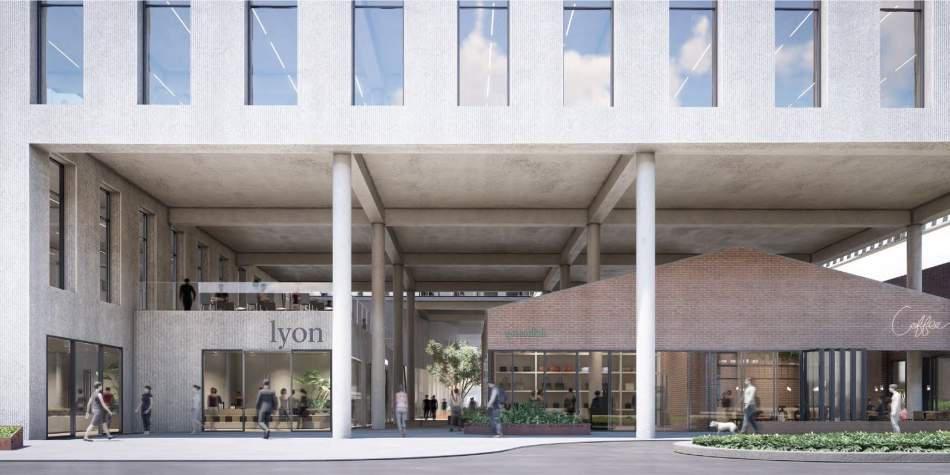 That schedule does not include a potential future expansion of the Ford Factory campus, which could include up to 150,000 square feet of space at the site of a building at the intersection of Violet and Santa Fe Avenue. Entitlements for a project at that location would require a separate application.

If the proposed project and future expansion are completed, it would result in roughly 850,000 square feet of office space at the Ford Factory, which is named in honor of the site's origins as a manufacturing facility for the automaker.

The property now occupied by Warner Music Group was restored as offices by San Francisco-based Shorenstein, which secured the record label as its sole tenant in 2016.  In 2019, former Warner Music Group parent company Access Industries purchased the site for $195 million.

The proposed Ford Factory expansion represents the latest and largest block of new office space in the works for the Arts District, joining upcoming projects from Onni Group, Jade Enterprises, Skanska, and Tishman Speyer.  Los Angeles-based Lowe has beaten all of those companies to the punch, with construction now underway a nine-story building just one block east on Violet Street.

Hines, in addition to its Arts District project, is also developing the West Edge office and housing complex next to Expo/Bundy Station in the Sawtelle neighborhood.