Just over one year after the project was first announced, a proposed boutique office complex from West Hollywood-based BARDAS Investment Group is taking a step forward on the border between Hollywood and Hancock Park. 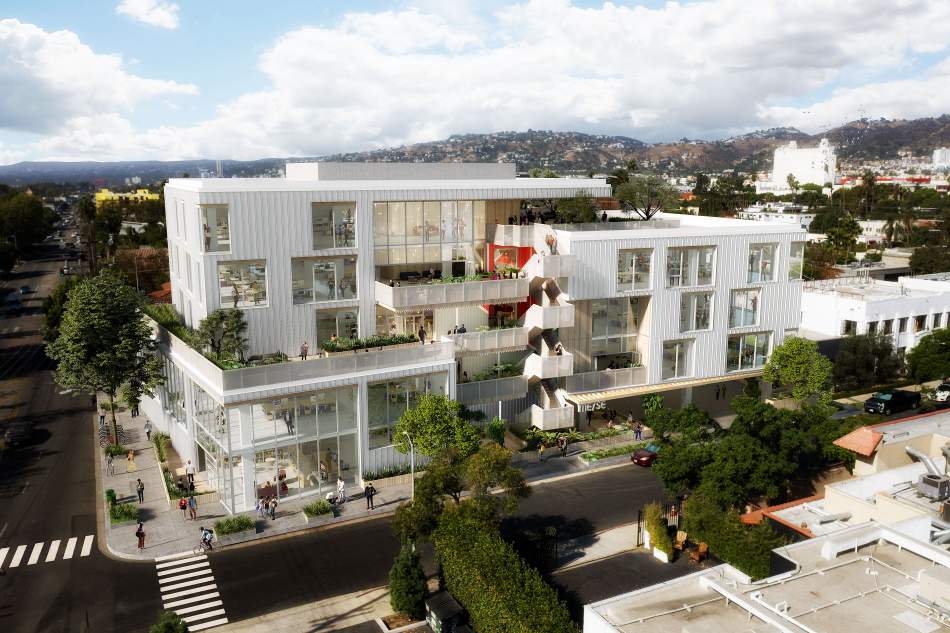 An initial study published by the Los Angeles Department of City Planning offers up new details on the Melrose and Seward Project, which is named for its location at the northwest corner of Melrose Avenue and Seward Street. The project, if approved, would result in the demolition of a surface parking lot and a 1920s commercial building, followed by the construction of a new five-story, 74-foot-tall building containing more than 67,000 square feet of offices atop a small ground floor retail space and a two-level, 168-car subterranean parking garage.

The environmental report indicates that House & Robertson is designing the proposed development, which is depicted in renderings as a contemporary low-rise building composed of stacked, offset masses.  Setbacks at the ground-floor and upper levels would create space terrace decks and patios for use by tenants.

Construction - which is contingent on the approval of discretionary entitlements by the City of Los Angeles - is expected to occur over 20 to 22 months. A precise timeline for the project is not stated in the initial study. 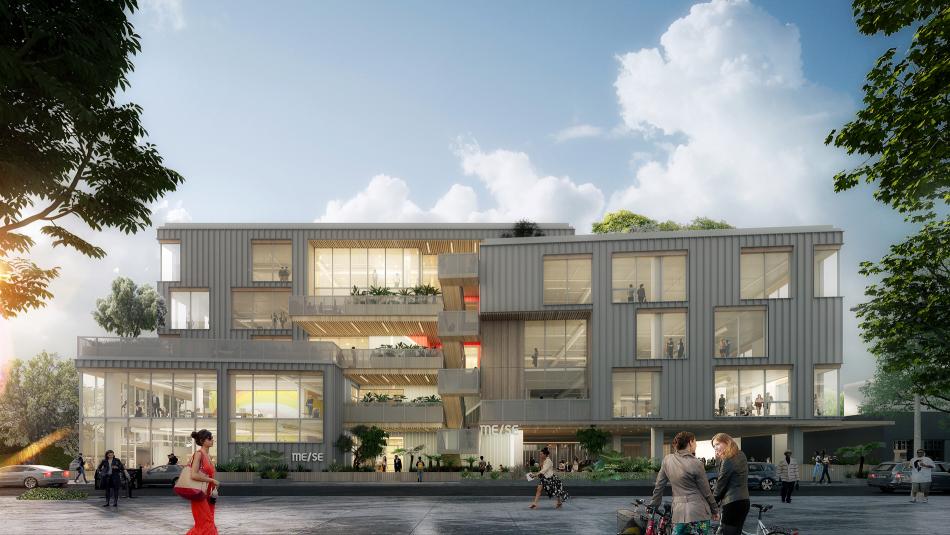 New office space in Hollywood has become a hot commodity in recent years, as companies such as ViacomCBS and Netflix have established large footprints in the neighborhood. BARDAS has looked to capitalize on that demand through mid-sized projects - including new buildings planned off of Santa Monica and Cahuenga Boulevards - and larger projects such as the $450-million Echelon Studios complex near the 101 Freeway.