A one-mile stretch of Central Avenue in Watts is slated for new protected bike lanes, under a new project that is being undertaken by LADOT, StreetsLA, and the Watts Labor Community Action Network.

The project corridor, which stretches from Century Boulevard in the north to Imperial Highway in the south, was named in 2021 as one of the City of Los Angeles High-Injury Network Priority Corridors - the roughly 6 percent of city streets that account for 70 percent of deaths and severe injuries for pedestrians and cyclists. 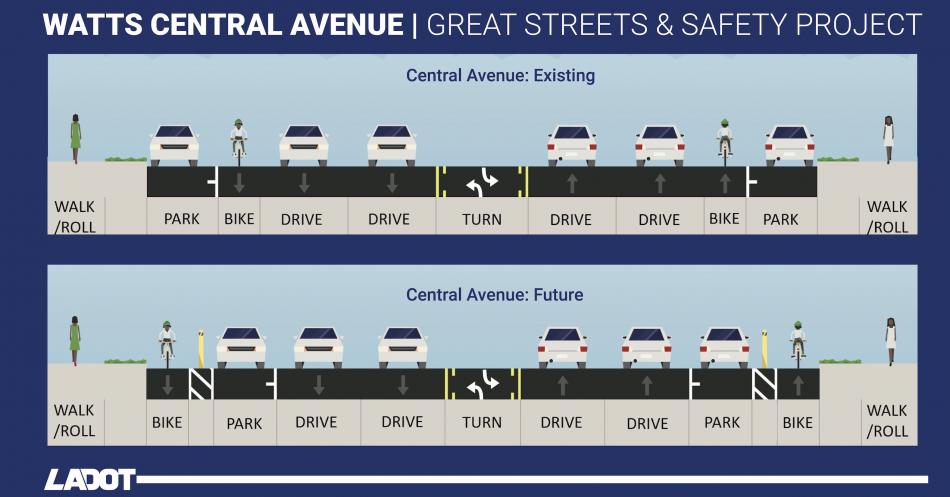 Before and after implementation of protected bike lanes on Central AvenueLADOT

Per a landing page on the LADOT Livable Streets website, project elements include: 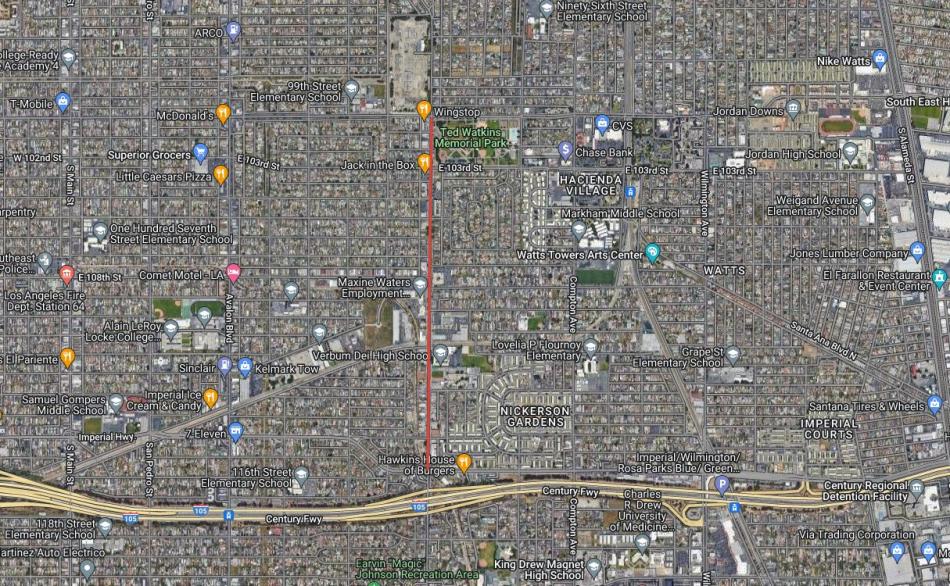 The implementation of new median islands, sidewalk repair, curb ramp upgrades, and new pedestrian crossings has been ongoing. Bus boarding islands are expected to be built in Fall 2022, and will be followed by street tree planting and restriping for protected bike lanes in Winter 2023.

The Central Avenue project adds to a growing, but often disconnected collection of protected bike lanes in South Los Angeles. Protected were installed on Avalon Boulevard and Broadway in 2020, and on Grand Avenue between 59th Place and 84th Street earlier this year.