In conjunction with the first phase of the Purple (D) Line's extension to Westwood, Metro is studying measures to improve passenger access to and from new stations now being built at Wilshire Boulevard's intersections with La Brea Avenue, Fairfax Avenue, and La Cienega Boulevard.  A draft of "first mile/last mile" plan, released earlier this month, recommends a suite of pedestrian and bicycle infrastructure projects in the Mid-Wilshire, Beverly Grove, and Beverly Hills communities. 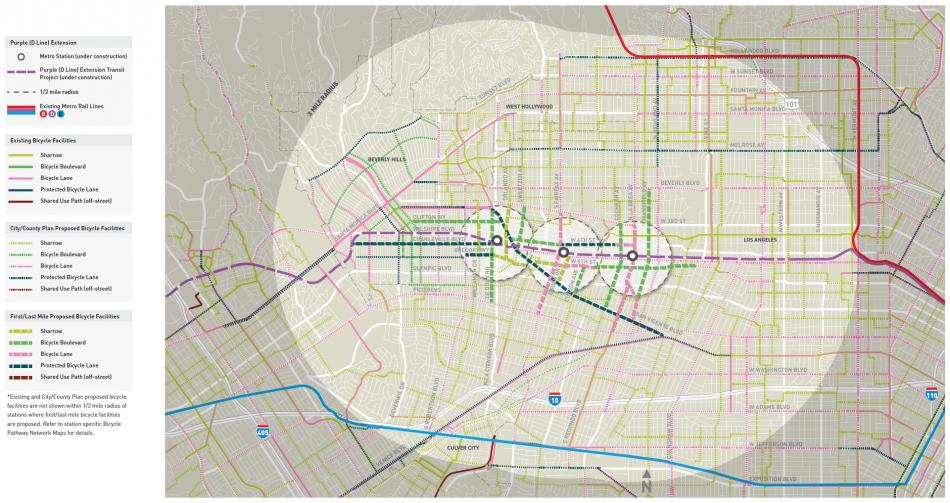 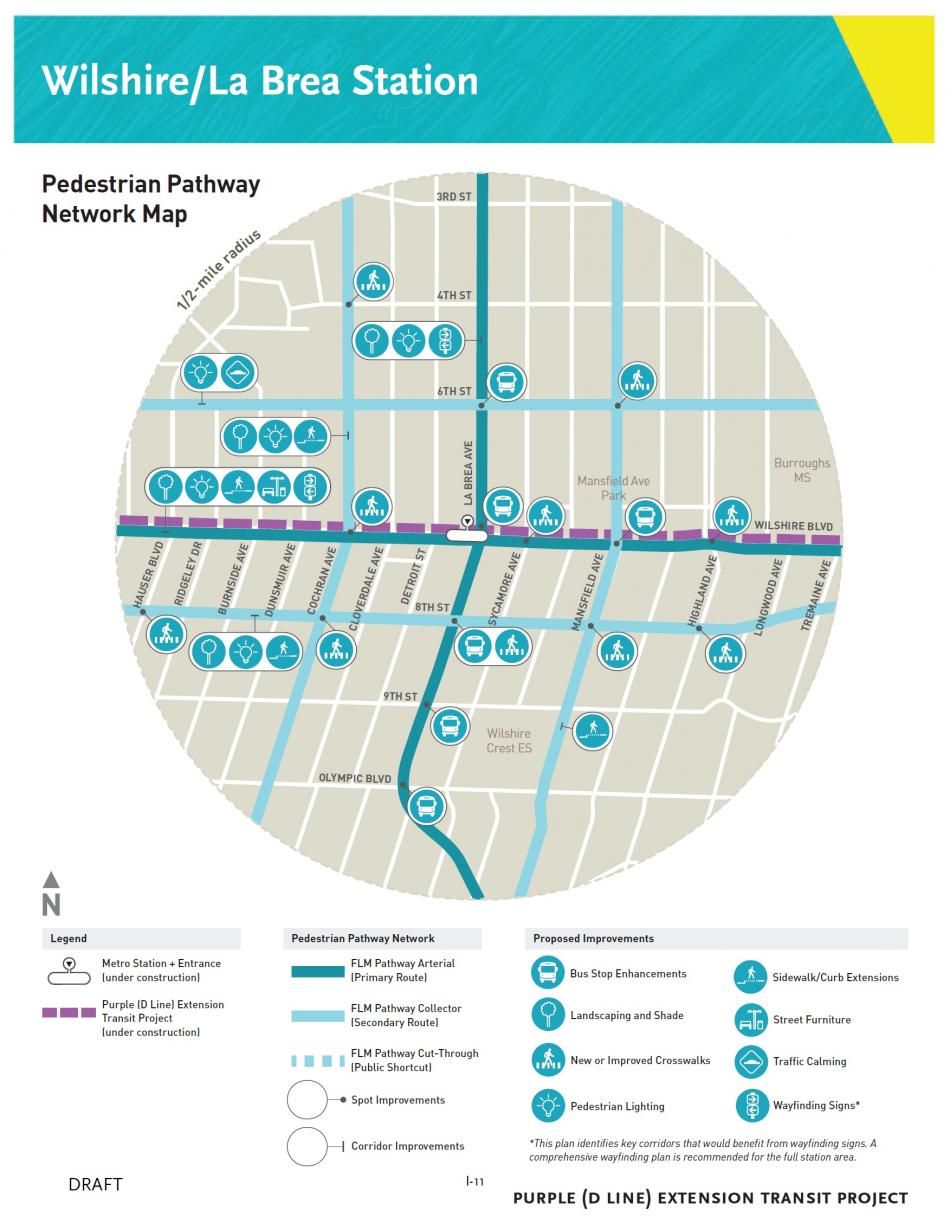 At Wilshire/La Brea Station, the first of the new stops after the existing D Line terminus in Koreatown, pedestrian-centered projects improvements are targeted toward the station's namesake corridors.  Potential improvements include new landscaping, street furniture, and shade structures on Wilshire, while new street trees, pedestrian-scale lighting, and bus shelters are recommended for La Brea.  Other enhancements such as curb extensions, traffic calming measures, and safer crosswalks are proposed for collector streets surrounding the station. 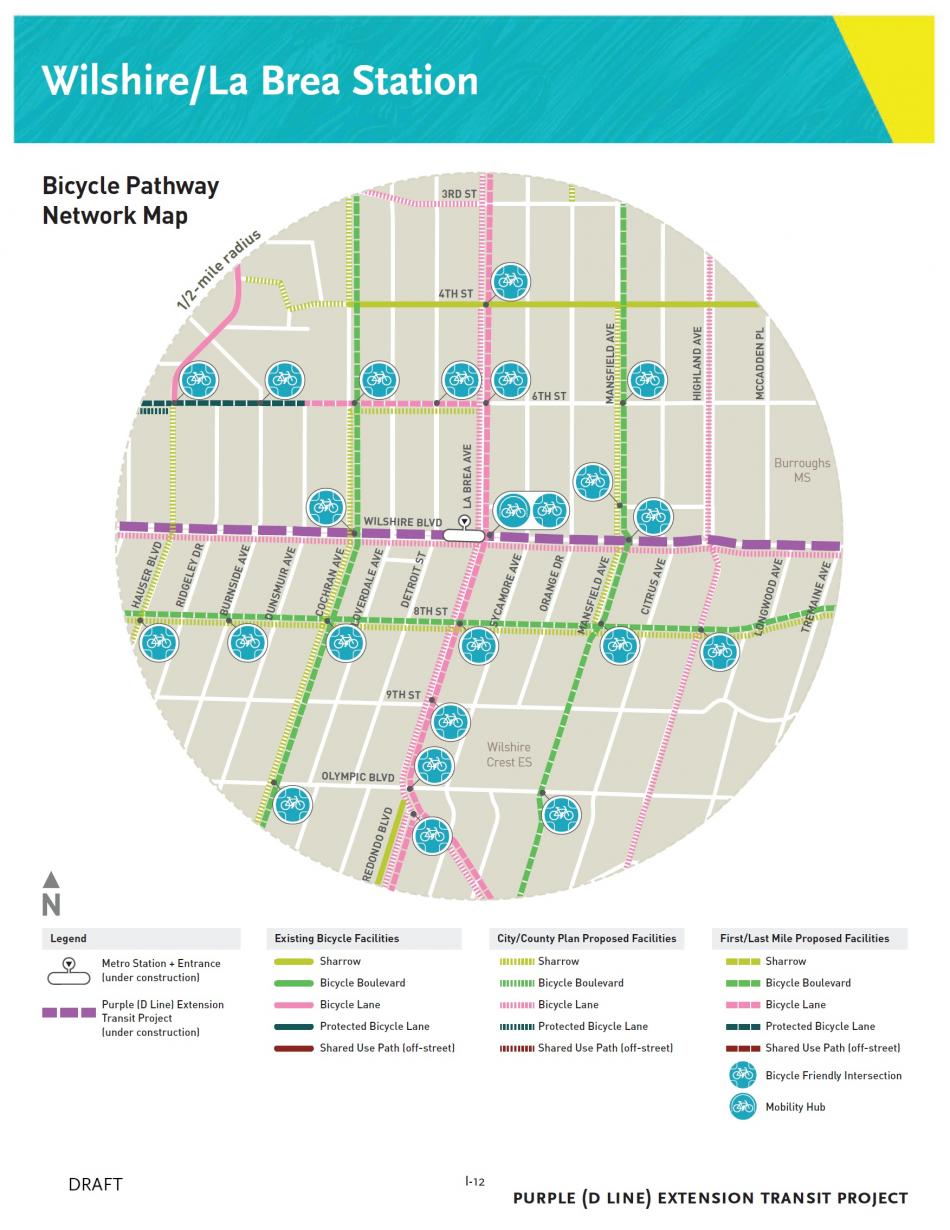 The first/last mile plan's recommended bicycle infrastructure overlaps with existing plans from the City of Los Angeles to install a bike lane on La Brea Avenue, while also calling for converting 6th Street, 8th Street, Cochran Avenue, and Mansfield Avenue into "bike boulevards," through the use of landscaping, signage, lighting, and other features to slow vehicle speeds and improve safety for active transportation modes. 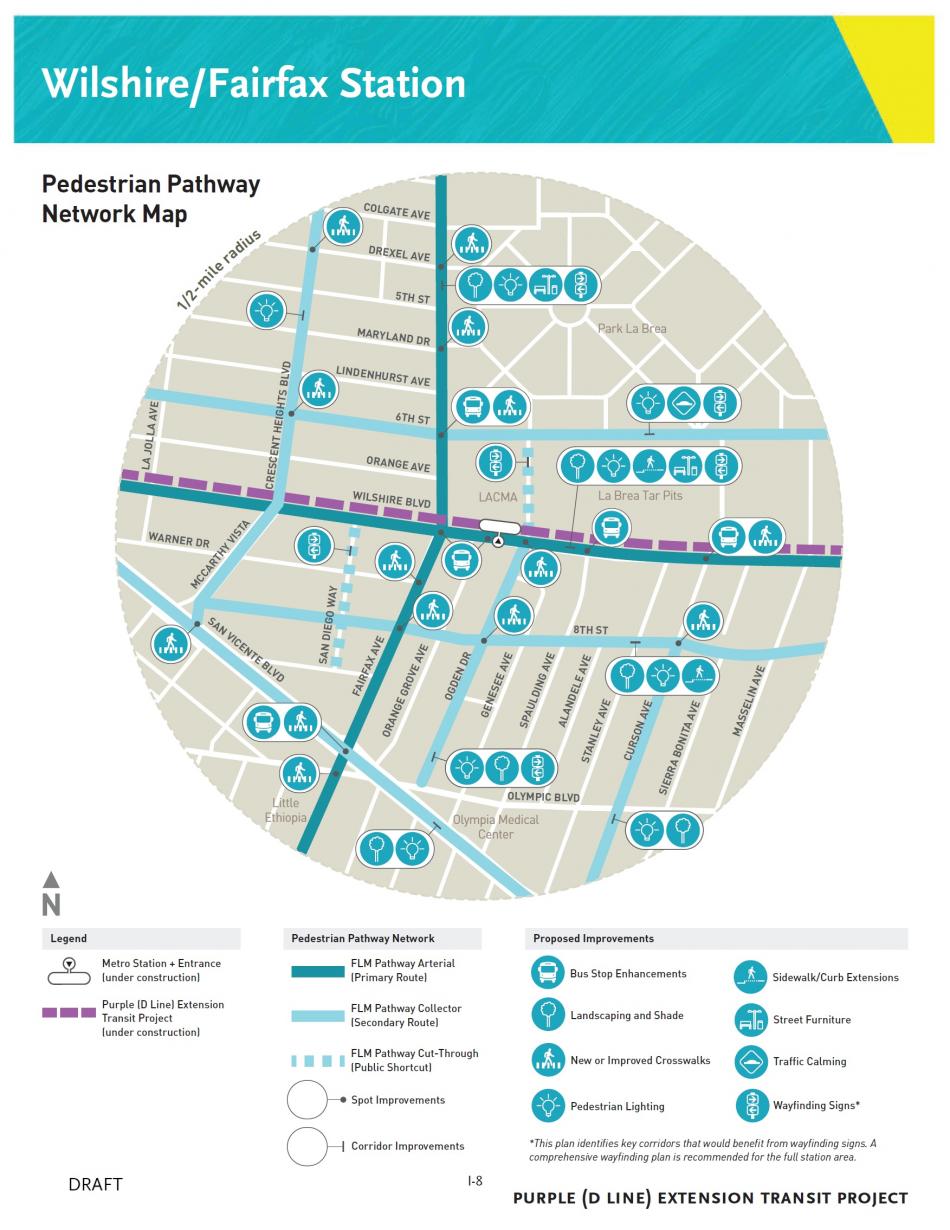 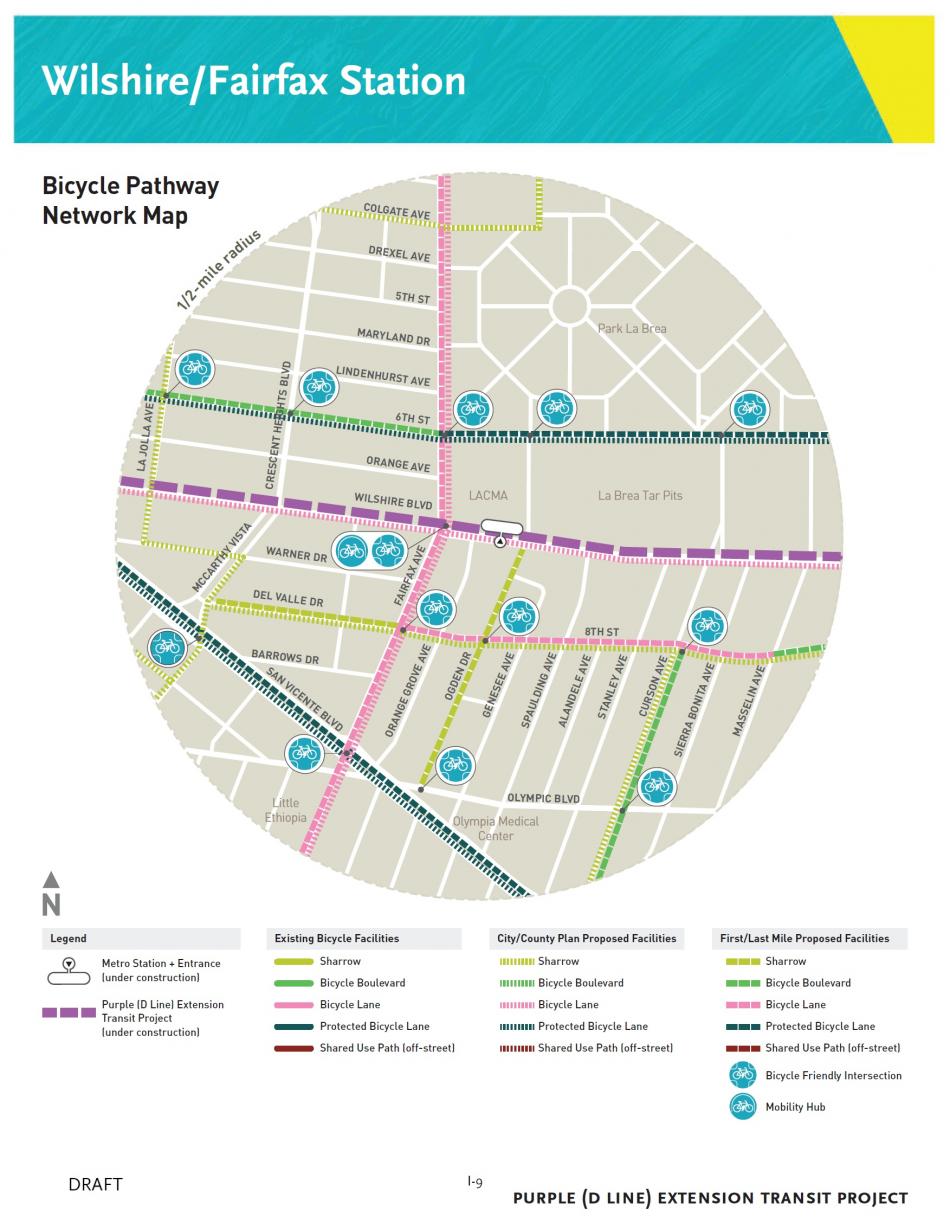 Due to the hectic nature of Wilshire Boulevard, a busy corridor for both private automobiles and buses, east-west bike routes are proposed on 6th Street, 8th Street, and Del Valle Drive as an alternative.  The recommendations also echo existing plans by the City of Los Angeles to add bicycle lanes to San Vicente and Fairfax. 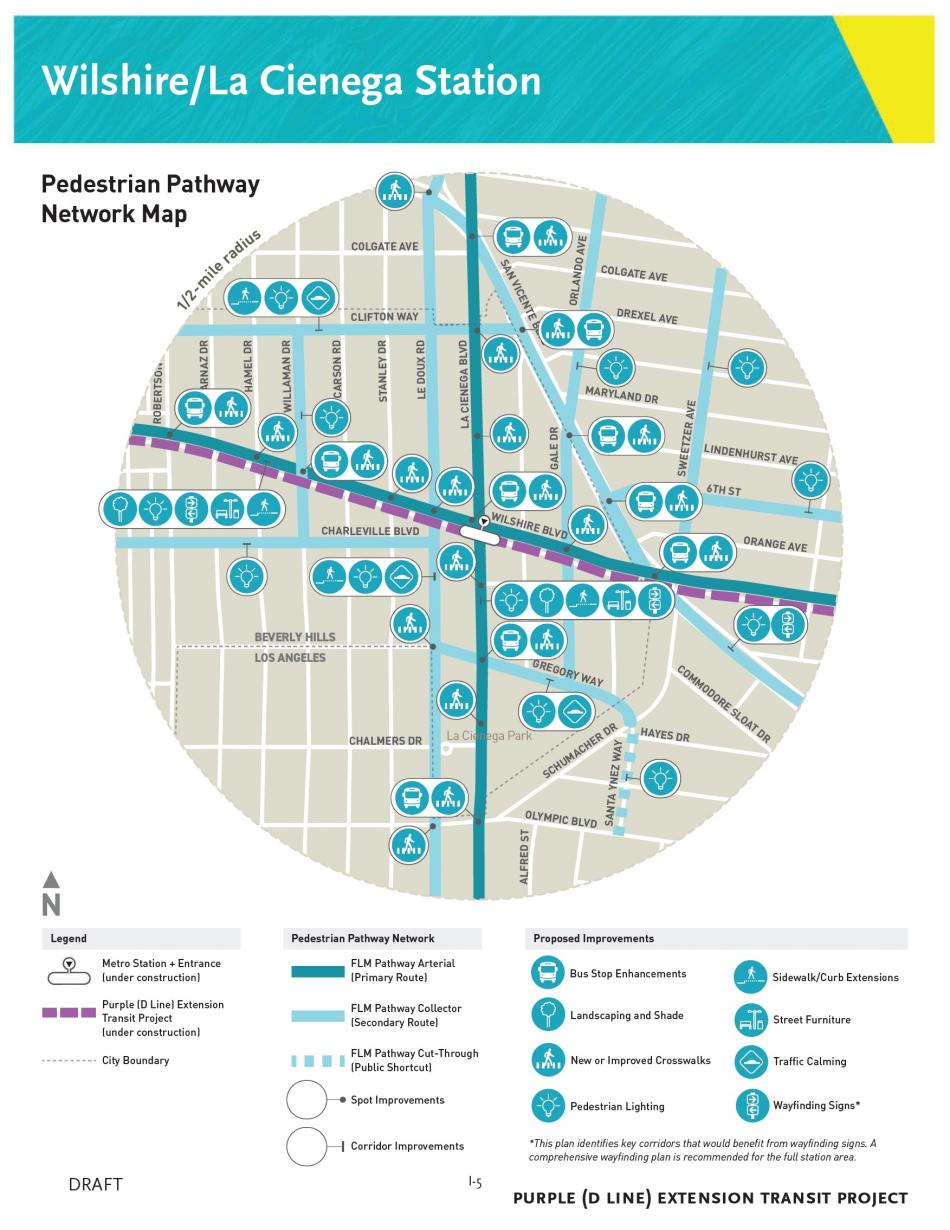 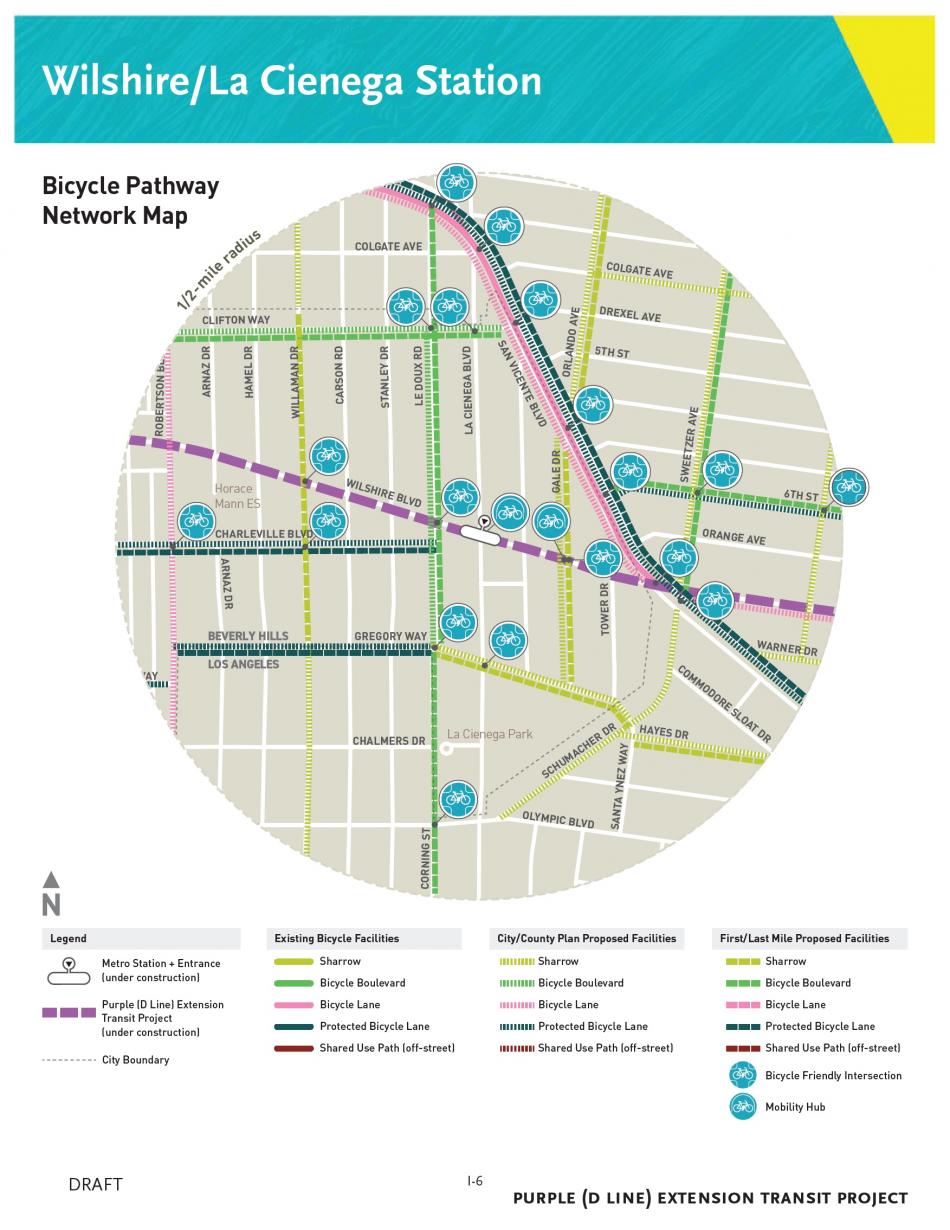 Le Doux, Charleville, and Clifton are also suggested as potential corridors for bike boulevards, while the plan also recommends piggybacking off of existing plans from the City of Los Angeles to install bike lanes along a stretch of San Vicente Boulevard to the southeast.

The draft first mile/last mile is scheduled for consideration by the Metro Board of Directors in September 2021, according to The Source.  More information will be presented at virtual meetings on:

Implementation of the project elements contained in the first mile/last mile plan are subject to partnerships with the Cities of Los Angeles and Beverly Hills, as well as the availability of funding.  The total price tag for the full suite of projects could surpass $80 million, according to cost estimates included with the draft.