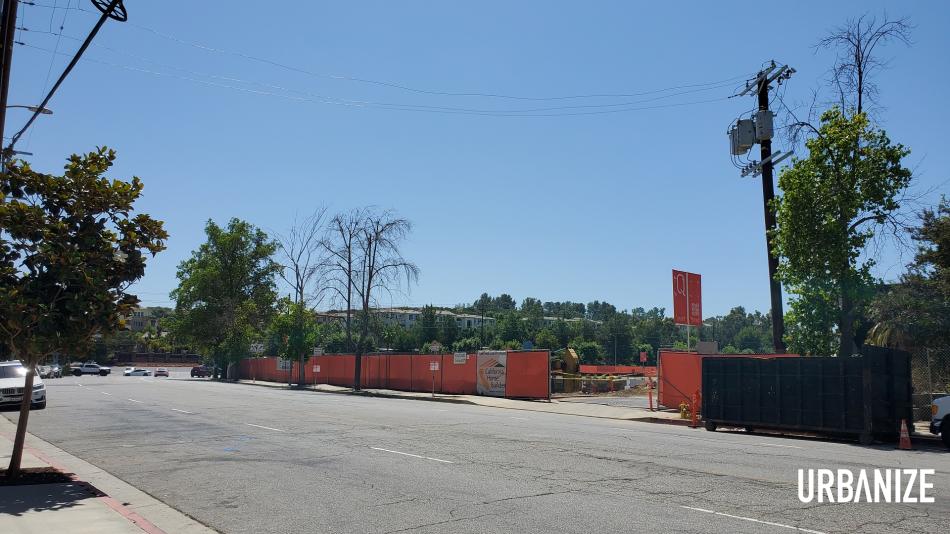 The project, which will rise from a nearly 3.7-acre site at 6109 N. De Soto Avenue, calls for the construction of a seven-story edifice featuring 358 studio, one-, two-, and three-bedroom apartments and as well as approximately 69,600 square feet of commercial uses - including including offices and retail. Additionally, parking for nearly 600 vehicles would be provided in three subterranean levels below the building.

Newman Garrison + Partners is designing the Q De Soto, and is depicted in renderings as a contemporary podium-type building with multiple outdoor amenity decks. Per a landing page on the firm's website, the project will include live/work rentals - ranging from 609 to 1,506 square feet in size - as well as communal areas such as a 12,400-square-foot club room, a sky deck, pool courtyards, a fitness center, a spa, and a screening room.

Construction of Q De Soto is expected to occur over a roughly three-year period.

The project is the third in the "Q" branded apartment complexes from California Home Builders, following the Q Variel and the Q Topanga, which brought nearly 600 combined apartments to nearby properties on Variel Avenue and Topanga Canyon Boulevard. The developer is not finished with the neighborhood, either. In the coming year, California Home Builders is also slated to build the Q Erwin, a similar mixed-use project at the southeast corner of Variel and Erwin Street, and a combination of apartments and high-rise offices at 21300 Califa Street.