Just four months after we last checked in, the wrapping is off on Pico Boulevard, revealing the new glass exterior of the former Westside Pavilion, which is being transformed into a Google-anchored office campus by real estate investment trust Hudson Pacific Properties.

The $475-million project, which will rename the complex as One Westside, is being built through joint venture between Hudson Pacific and mall owner Macerich.  The eastern wing - located at the southeast corner of Pico and Westwood Boulevards - is now being converted to 584,000 square feet of offices with on-site parking and open space.

The mall's western wing, connected to One Westside by a pedestrian bridge over Westwood Boulevard, will be retained as approximately 96,000 square feet of retail space.  The three-story structure includes a movie theater, stores, and restaurants above subterranean parking.

Gensler is designing the office component of the project, using the former mall's high ceilings and atrium to create a light-filled interior for Google.  The sprawling dimensions of the property will allow for floors plates as large at 150,000 square feet, which will spill onto outdoor terraces interconnected with staircases.  The revamp discards the original 1980s facade of the Pavilion, trading it for an exterior of dark metal panels and glazing. 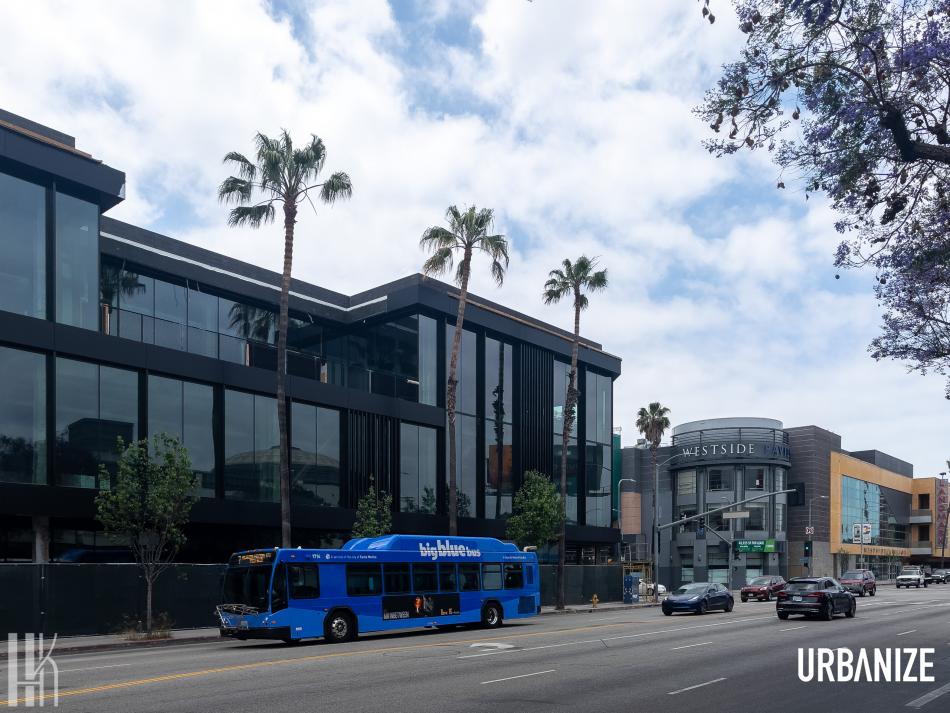 Completion of One Westside is on pace to occur in the first quarter of 2022, a representative of Hudson Pacific stated earlier this year.

Other parts of the former mall are also undergoing a transformation to office space.  GPI Companies, which owns an adjoining building that was once home to the Pavilion's Macy's department store, is now in the midst of construction on a separate office campus called The West End.

Hudson Pacific, which is developing One Westside, has emerged as a prolific developer of offices in popular submarkets throughout Los Angeles.  Some of its most successful projects are located in Hollywood, where streaming giant Netflix has leased two of its new office towers on Sunset Boulevard. 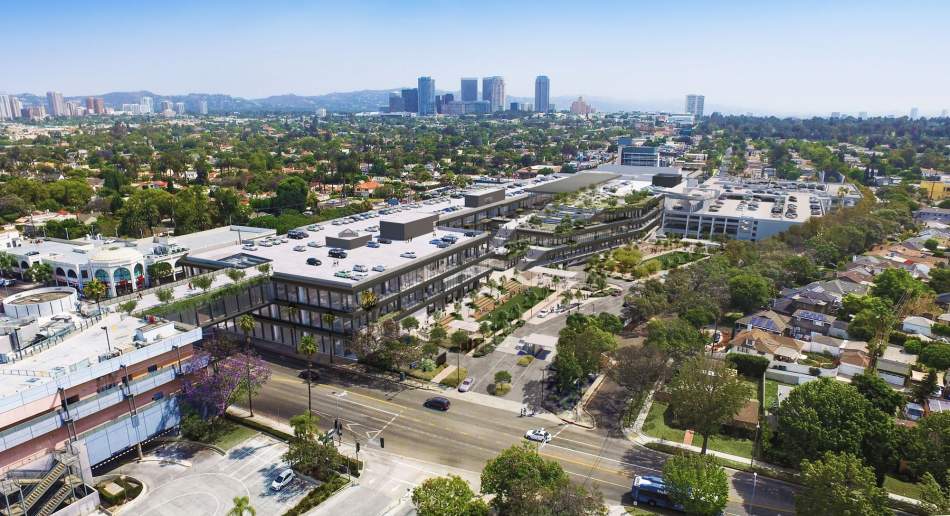 Google, which was announced as the sole tenant of the One Westside Campus in January 2019, has agreed to lease the property for a 14-year period upon completion.  The Mountain View-based tech giant already has a large footprint in the Playa Vista neighborhood, where it leases 450,000 square feet of office space in the historic Spruce Goose Hangar, as well as portions of the Hercules campus through its subsidiary YouTube.

Google also owns 12 acres of undeveloped land next to the Spruce Goose Hangar, which it purchased for $120 million in 2014.  Plans for that property have not been announced.