Nearly six months after we last checked in, GPI Companies has entered the home stretch at its $180-million conversion of the former Westside Pavilion Macy's into office space. 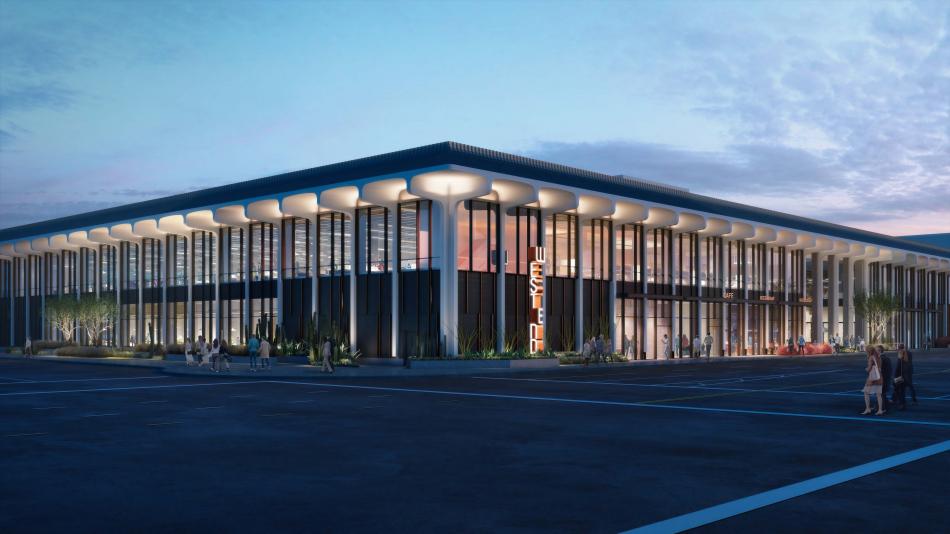 Located at the intersection of Pico Boulevard and Overland Avenue, the three-story building is being gutted and transformed into 230,000 square feet of office space.

HLW is designing the project, called The West End, which retains the International Style exterior of the former department store, but reclads its exterior in floor-to-ceiling glass.  Plans call for a courtyard and atrium area at the center of the property, which will be provide natural lighting to the offices and open space for tenants.

Completion of the office complex is expected later in 2021. 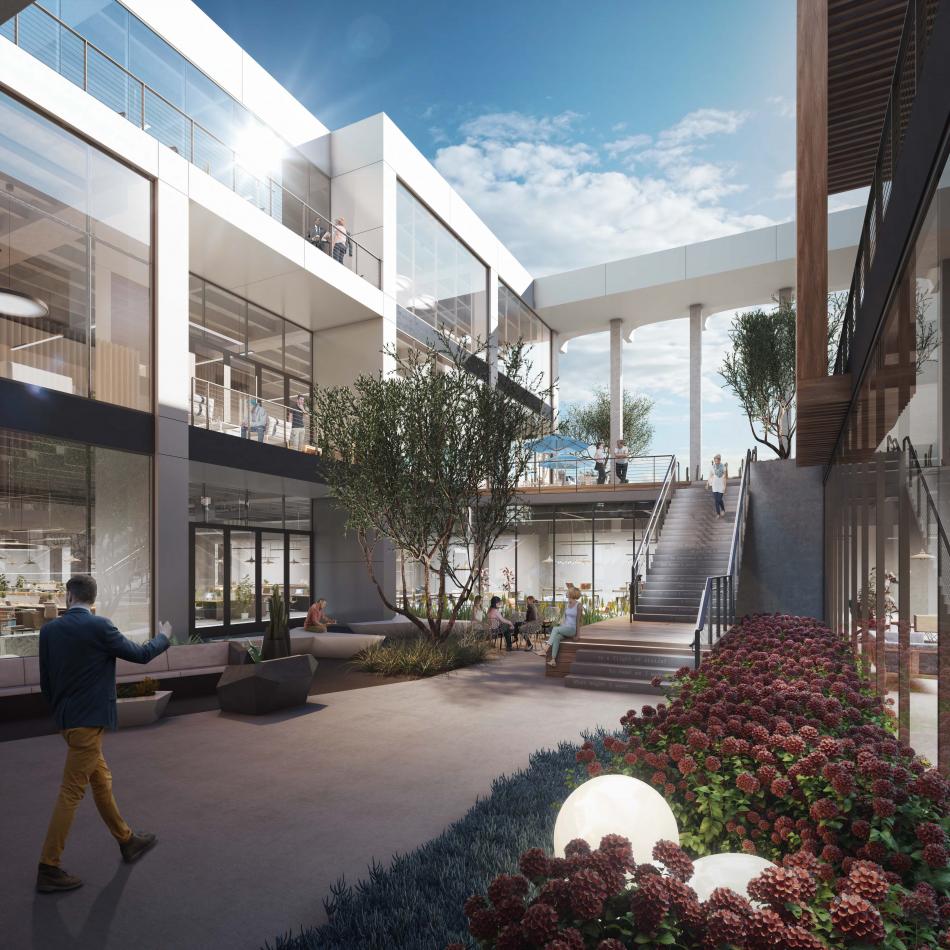 Rendering of the atrium looking toward Pico BoulevardKilograph

GPI Companies, the developer, acquired the shuttered Macy's not long after its closure in 2017 for a reported price of $50 million.  In the years since, the larger Westside Pavilion also closed its doors, clearing the way for landlord Macerich to partner with Hudson Pacific Properties on a conversion of the cavernous shopping mall into office space.  Google pre-leased the 584,000-square-foot campus, called One Westside, in 2019.

Besides its new office complex in Rancho Park, GPI Companies is also developing a mixed-use housing project in West Hollywood, and has received approvals to build a 28-story apartment tower at the former site of Amoeba Music on Sunset Boulevard.