A proposed Downtown high-rise with a design inspired by California's redwood trees has taken a key step forward, following the publication of a Sustainable Communities Environmental Assessment for the project. 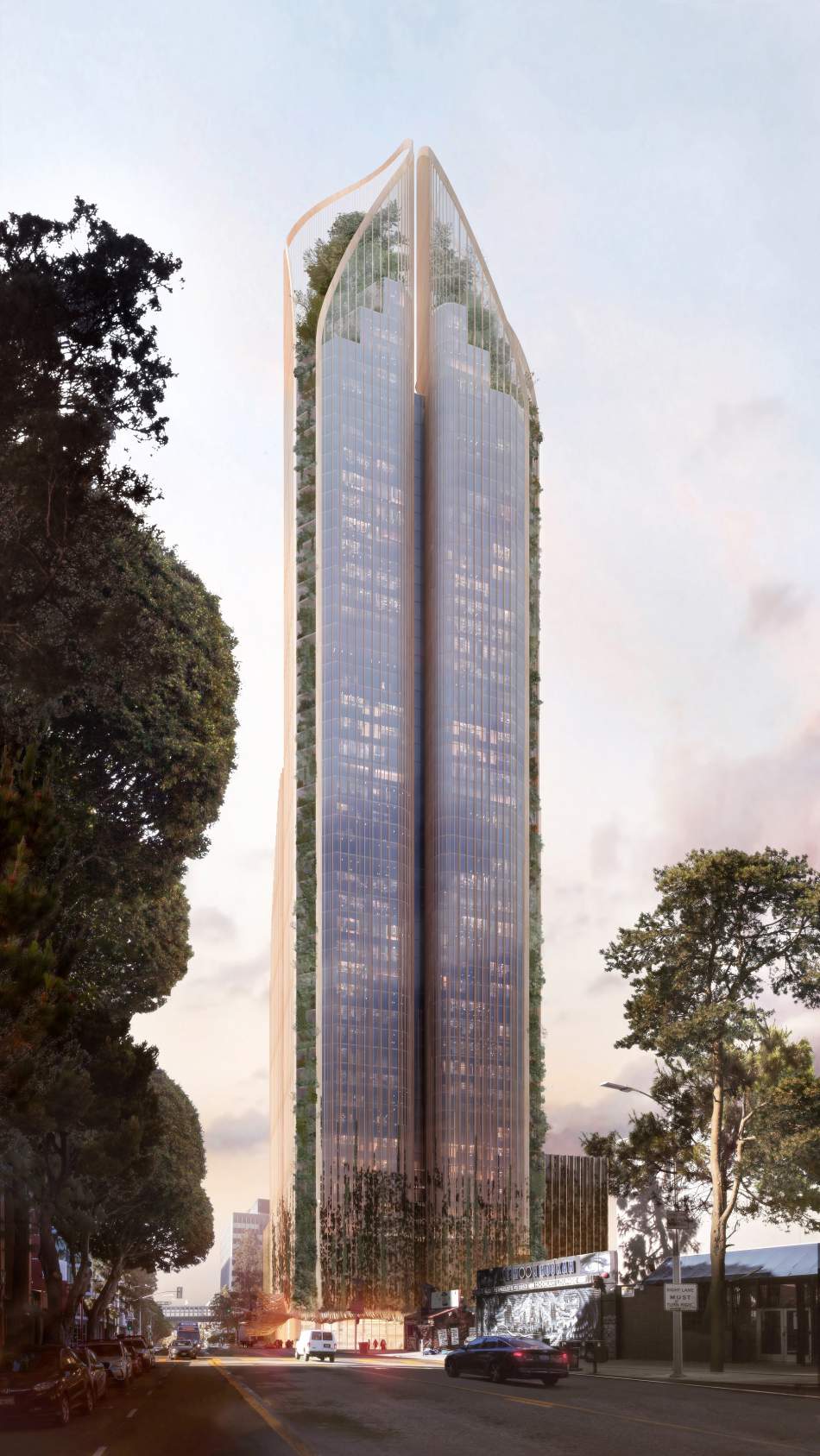 The project, slated to replace a mid-century warehouse located at the southwest corner of 11th and Hill Streets in the South Park neighborhood, is being developed as a joint venture between Australian developer Crown Group, Magnus Property Pte Ltd., and ASRI. Under current plans, the two-story industrial building would make way for a new 40-story edifice featuring:

The TORS units now introduced into the project refers to "Transient Occupancy Residential Structures," which could be leased for periods of up to 30 days. The developer had previously proposed a 160-key hotel within the tower.

View from 11th and Hill looking southwestDoug and Wolf

Designed by Koichi Takada Architects, with MVE + Partners serving as architect of record and RIOS as landscape architect, the glass-and-steel tower would culminate in a sculpted rooftop approximately 520 feet in height.  A green wall is proposed to mask the building's above-grade parking, with open-air amenity terraces planned at its podium and roof levels. A swooping canopy planned above the sidewalk was inspired by Marilyn Monroe's windswept skirt in the film The Seven Year Itch.

Crown Group and its partners have previously announced their intent to complete construction of 11th and Hill development in 2025 - a timeline which would require breaking ground by late 2022 and building the tower within a 36-month period. The project has yet to secure entitlements, including a requested Transfer of Floor Area rights and a conditional use permit to permit alcohol sales and the proposed TORS units.

The project joins a handful of similar high-rise developments slated for surrounding properties along 11th Street, including two towers planned by Mack Real Estate and a 70-story building proposed by Crescent Heights.  A 60-story tower is also planned by Onni Group one block north at the intersection of Olympic Boulevard and Hill Street. 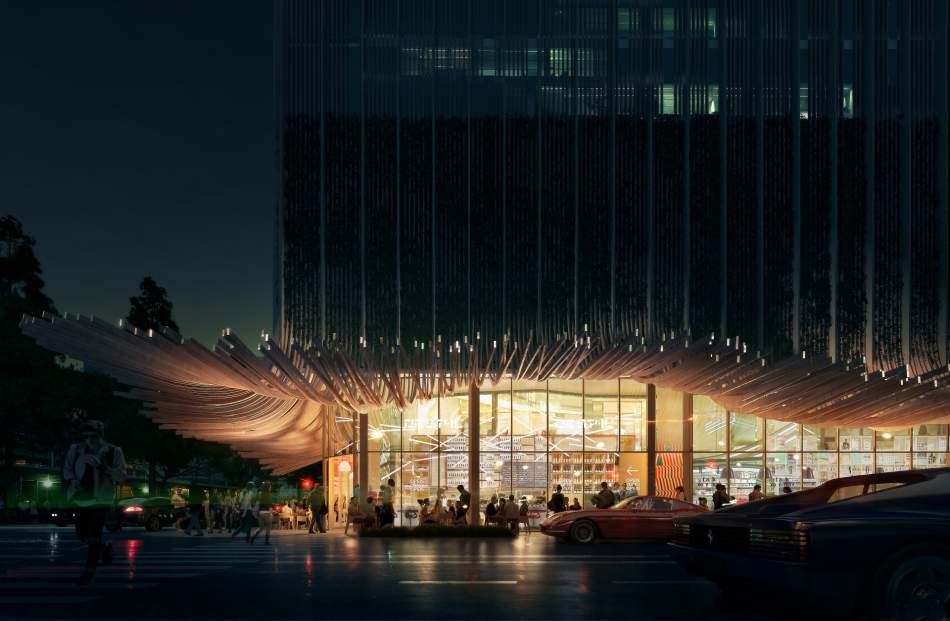 View from across 11th StreetDoug and Wolf