A proposal to redevelop a Downtown parking lot with a residential high-rise is getting a new look, courtesy of developer Relevant Group. 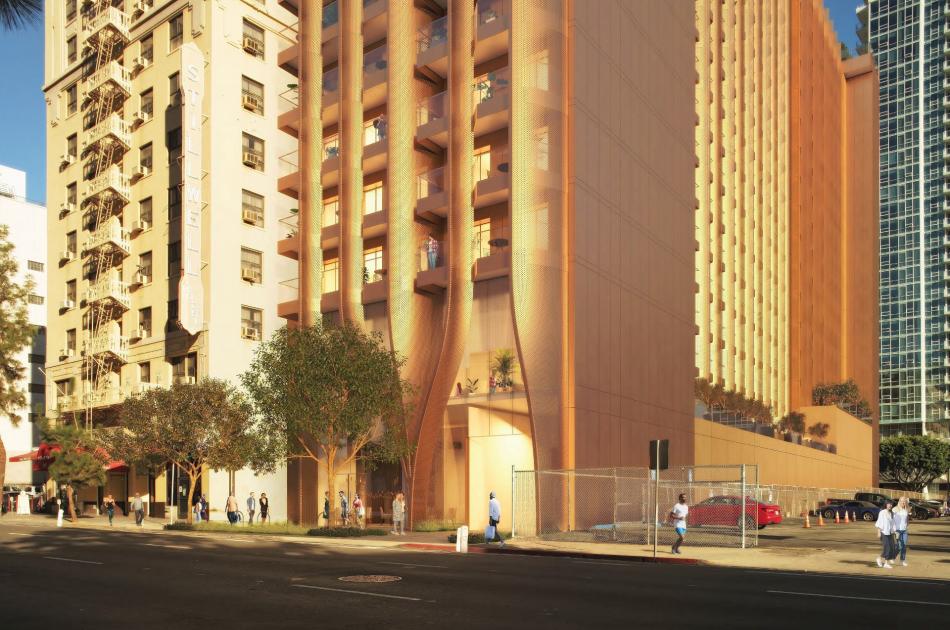 Earlier this month, the Hollywood-based real estate firm filed an application with the Department of City Planning to construct a 19-story high-rise at 845 S. Olive Street, replacing an asphalt parking lot with 329 studio, one-, and two-bedroom apartments above 5,300 square feet of ground-floor commercial space and subterranean parking for 14 vehicles.

Requested entitlements include density bonus incentives to build more housing than otherwise allowed by zoning rules with reduced on-site parking. In exchange, 36 of the proposed apartments - which would range from 347 square feet to 670 square feet in size - would be restricted as affordable housing for rent by very low-income households for a period of 55 years.

Gensler is designing the proposed project, which in a hallmark for Relevant Group projects, would be constructed from prefabricated modular units. The tower, which would stand more than 200 feet in height, would be clad in a system of metal panels and perforated metal screens, and culminate in a large rooftop pool and amenity deck. 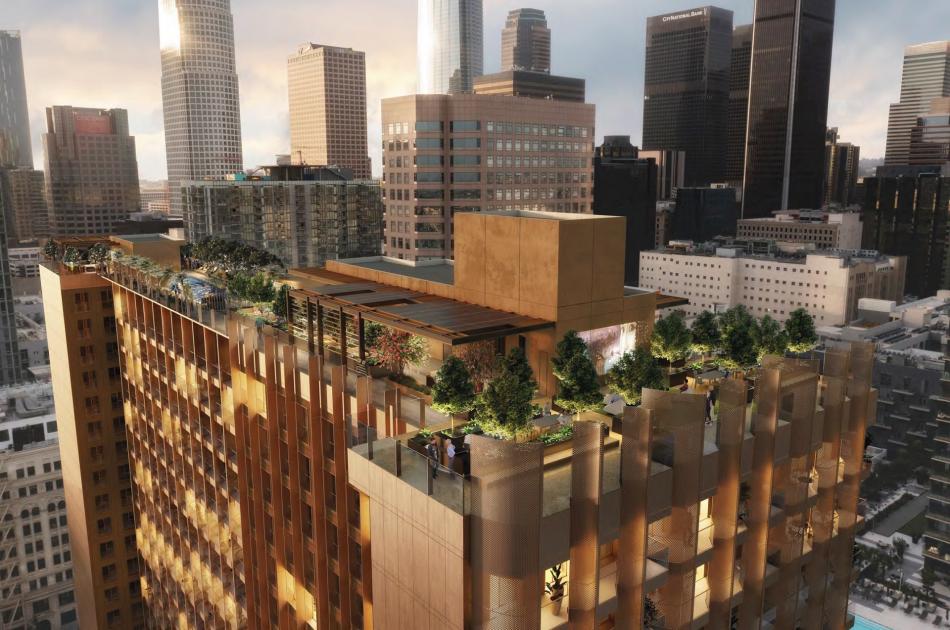 The proposed project at 845 Olive, which would also have frontage on Grand Avenue, is the second attempt to develop the slim parking lot. The property owner, a Beverly Hills-based entity called Heart Olive, LLC, secured approvals for a taller 29-story building with 205 apartments in 2019, and later marketed the site for sale.

The project is Relevant Group's third residential development planned for the Downtown area, following a 15-story, 331-unit modular tower proposed at 3rd and Spring Streets, as well as a 25-story, 136-unit condominium building slated to accompany the Morrison Hotel redevelopment at Pico and Hope Streets.

Outside of the Downtown area, Relevant Group has invested in a number of ground-up hotel developments just south of the Walk of Fame in Hollywood. 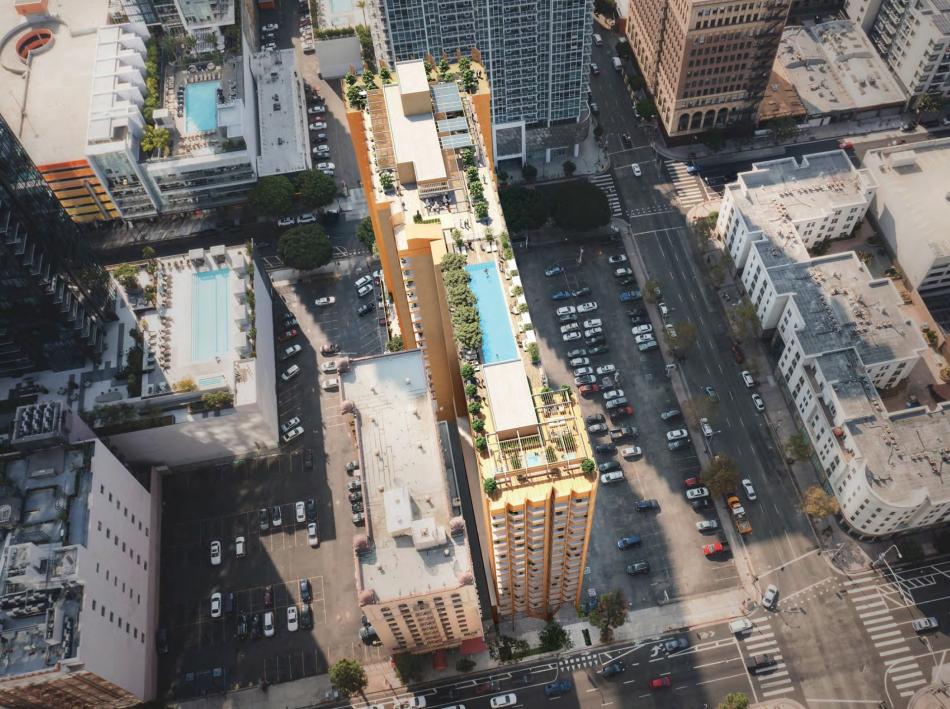