Nine months after our last update, construction has come to a close at a small mixed-use building at the intersection of Melrose and Spaulding Avenues in the Fairfax district. 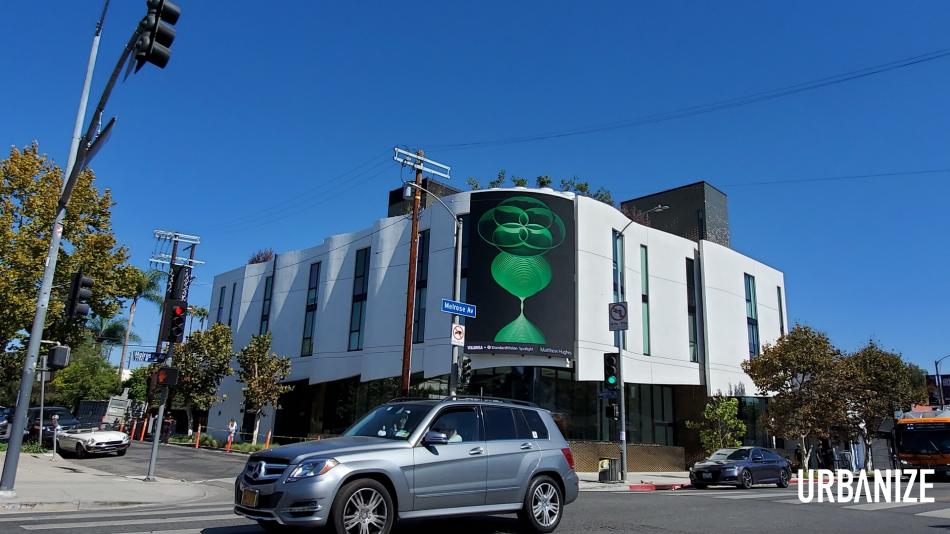 The three-story structure, which broke ground in 2019, consist of 24 studio, one-, and two-bedroom apartments above 5,325 square feet of ground-floor retail space and two levels of subterranean parking.

The project's developer, listed in city records as an entity called 7673 Melrose Ave, LLC, is required to aside two units as affordable housing in exchange for Transit Oriented Communities incentives.

Lahmon Architects designed the apartment complex, features a curving exterior described as a "smooth and wavy skin."  A rooftop deck caps the low-rise building, while an LED screen overlooks the intersection of Melrose and Spaulding. 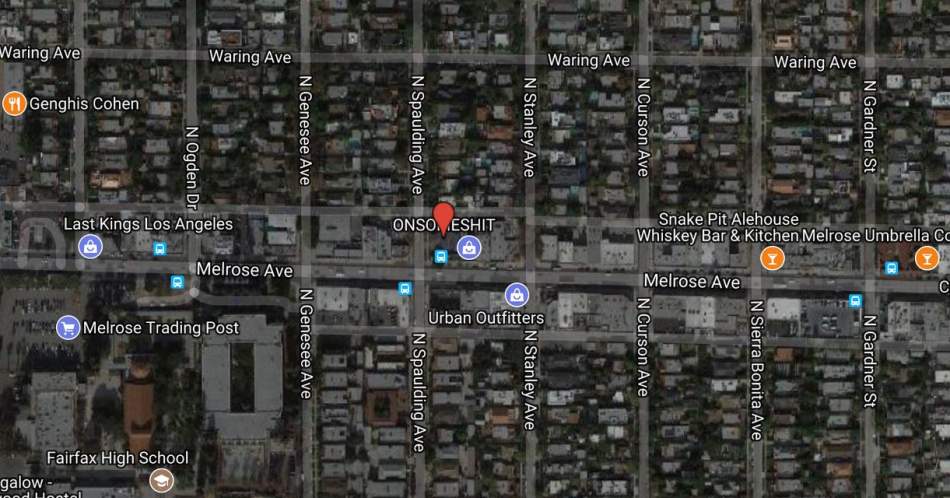 This stretch of Melrose was once slated for an ambitious streetscape project that had called for the addition of protected bike lanes between Highland and Fairfax Avenues. Following the objection of incumbent City Councilmember Paul Koretz, a substitute project now calls for a less ambitious suite of improvements which include new landscaping and street furniture, but no bicycle infrastructure.

Other multifamily residential developments in the Fairfax neighborhood include a proposed four-story, 66-unit development at the intersection of Melrose and La Brea Avenue.