In Hollywood, co-developers Cal-Coast Development and Rescore have completed construction of a mixed-use apartment complex at 1311 N. Cahuenga Boulevard. 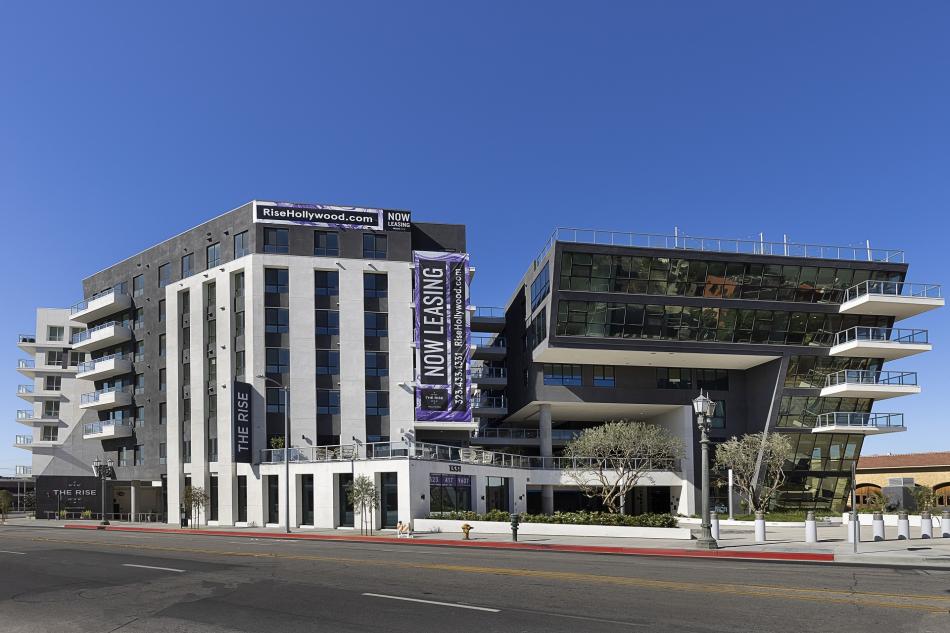 The Rise Hollywood, designed by Nadel Architecture + Planning, consists of a seven-story building featuring 369 apartments with 2,570 square feet of ground-floor office space and a semi-subterranean parking structure.  Under conditions of approval imposed by the City of Los Angeles, 20 of the apartments are to be set aside for rent by moderate-income households - defined as those making between 80 to 120 percent of the area median income.

A leasing website for the property advertises a mix of studio, one-, and two-bedroom floor plans.

“The Rise is designed to take advantage of a prominent location in Hollywood –the conjunction of two high-traffic main streets coming together in a peninsula-like fashion with views of the world-famous Hollywood sign – to provide the living and creative workspaces that tenants in this market desire,” says Nadel Architecture president Patrick Winters. “Our design for the project was driven by the unique nature of that site, combined with the special marketplace that is Hollywood.” 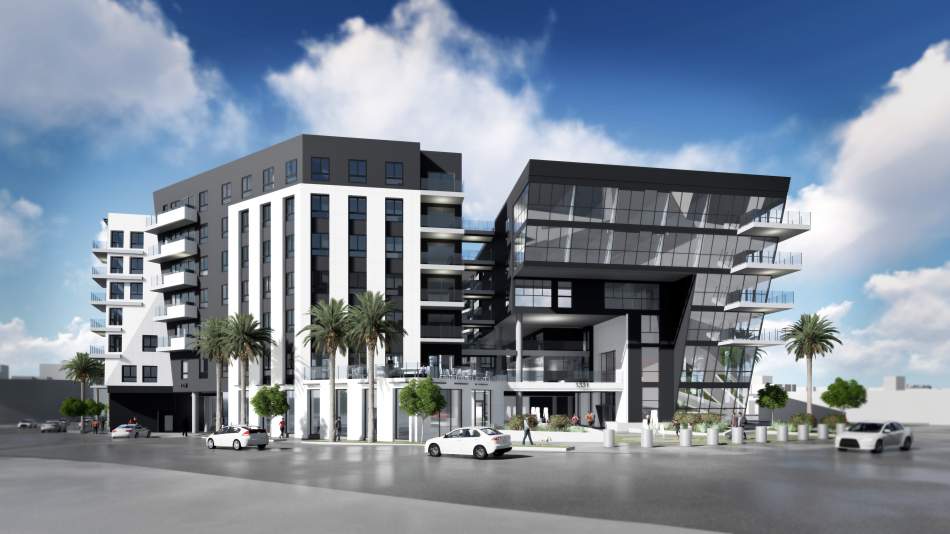 Rendering of The Rise HollywoodNadel Architects

While a unified development, The Rise is in fact composed of five separate structures connected by pedestrian bridges and centered on a courtyard.  Other amenities include a rooftop deck, a gym, and a clubhouse.  At the confluence of Cole Avenue and Cahuenga Boulevard on the northern property line, the Rise features a sloping facade with glass that reflects the neighboring Los Angeles Fire Department Museum.

The development site is located directly across the street from Oxford Capital Group's new Godfrey Hotel, which is poised to open later this year, and sits just west of Kilroy Realty's Netflix-anchored On Vine development.

In addition to The Rise Hollywood, Cal-Coast and Rescore are also partnering on a similar mixed-use project consisting of 364 apartments in the Koreatown community. 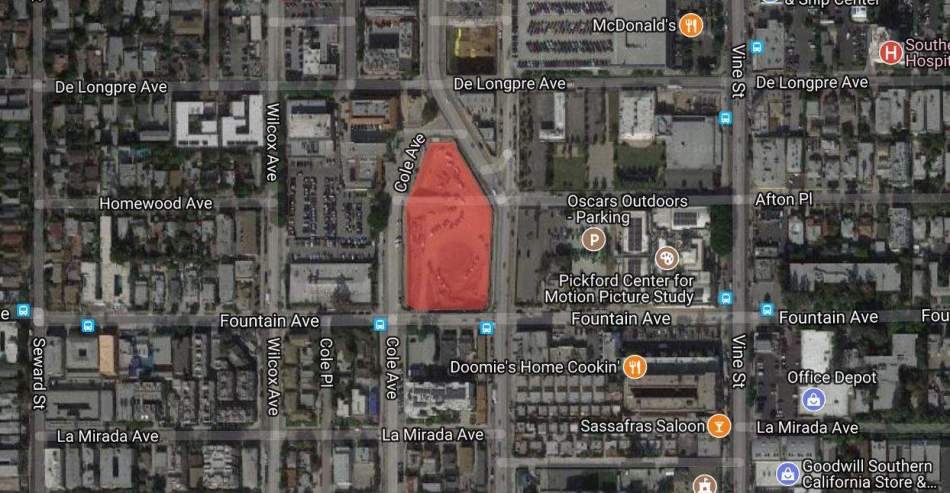