Another year of slow progress puts completion a little bit close for the Rise Koreatown,  a mixed-use development from Cal-Coast Development and Rescore.

The project, which started work nearly four years ago on a 2.2-acre property at 3525 W. 8th Street, consists of a seven-story building that will feature 364 apartments - including 38 deed-restricted low- and moderate income units - above 52,000 square feet of ground-floor commercial space and a 791-car garage. The ground-floor of the apartment complex, which spans the north side of 8th Street between Serrano and Oxford Avenues, will be anchored by a Zion Market. 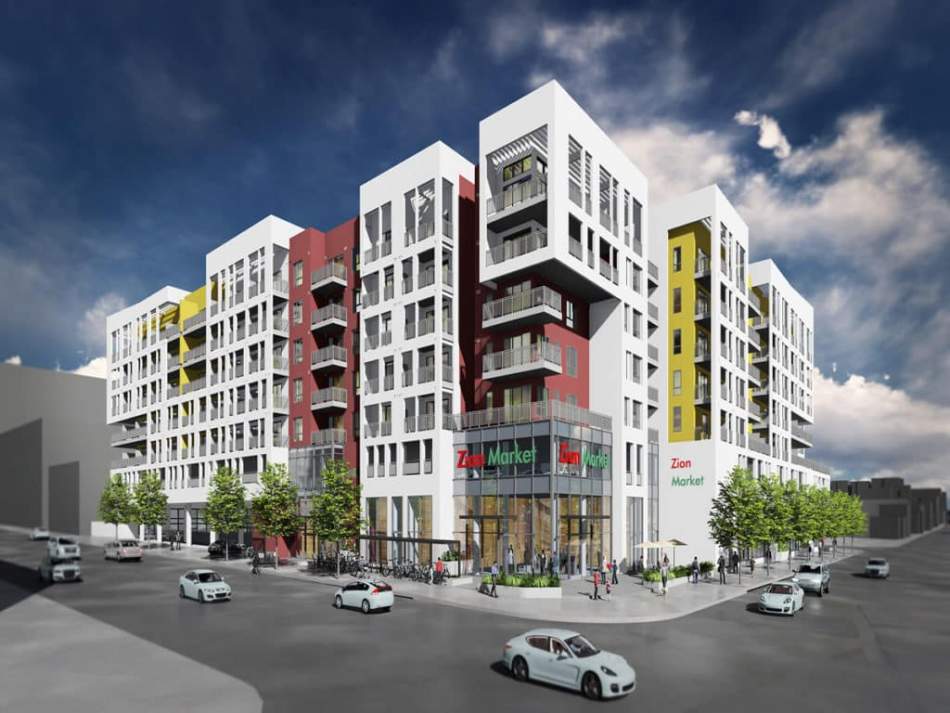 Rendering of The Rise KoreatownNadel Architects

A leasing website for the property advertises a mix of studio and one-bedroom units, although pricing information is not currently displayed.

Designed by Nadel Architects, the podium type building closely resembles conceptual renderings produced prior to the project's groundbreaking. Its exterior features a series of boxy protrusions, as well as flourishes of red and yellow. Plans also call for a central courtyard and other residential amenities.

While landing page from the Cal-Coast website still advertises a completion date for the more than $150-million project in early 2021, a change in the project's general contractor midway through construction delayed construction.

The Rise Koreatown is surrounding by a series of proposed and under-construction developments from Jamison Services, Inc., including new apartment buildings at Western Avenue, Harvard Boulevard, and Serrano Avenue.

The Koreatown project is one of two recent Los Angeles-area developments built by Cal-Coast and Rescore. The other, the Rise Hollywood, opened last year near Sunset Boulevard and Vine Street.