A planned residential-retail complex near the southern terminus of the Harbor Freeway is moving full steam ahead, according to a recent article from the San Pedro Beacon.  West Hollywood's Charles Company, developer of the three-story building at 335 North Gaffey Street, intends to break ground on the $1.5 million project sometime during the first half of 2015.

The Gaffey Street Apartments, slated for a currently vacant lot at Gaffey's intersection with Sepulveda Boulevard, will offer 28 residential units and 4,800 square feet of ground-level retail space above a partially underground garage.  The mixed-use development began its slow march through the city approvals process this past July, and has since received unequivocal support from both of San Pedro's neighborhood councils.

Future residents may find themselves at the northern end of a much improved Gaffey Street, which has been selected as one of the first components of Mayor Eric Garcetti's Great Streets Initiative.  Planned upgrades include new plazas and parklets in the near-term future, with further landscaping, street furniture, lighting and sidewalk expansions to follow.  These enhancements are focused on existing commercial corridors, with the hope of attracting investment and restoring their surrounding neighborhoods. 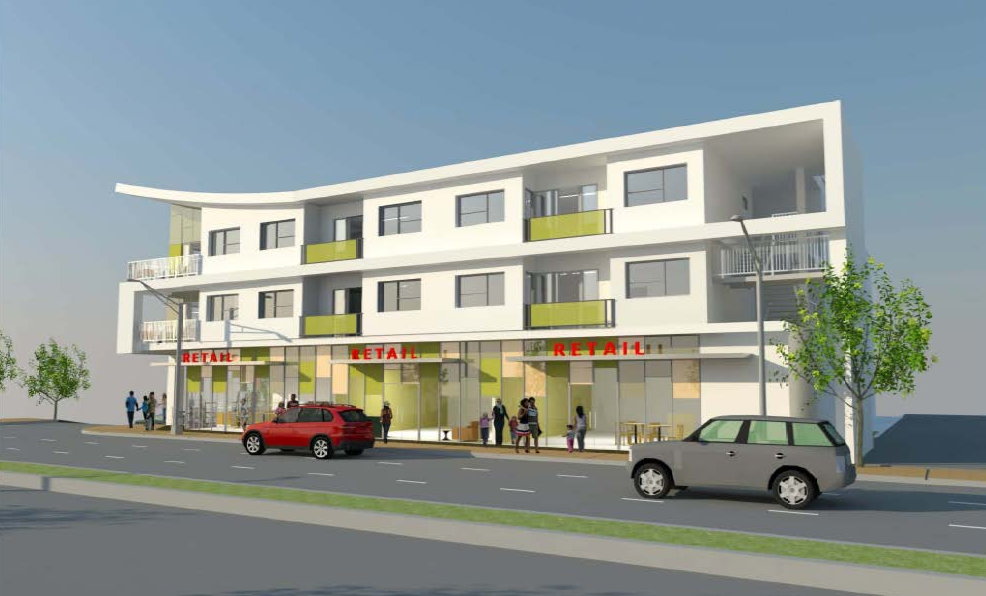