New renderings posted by architecture firm RIOS offer a first look at what Boulevard Partners is building just east of the intersection of 1st and Alameda Streets in the Arts District. 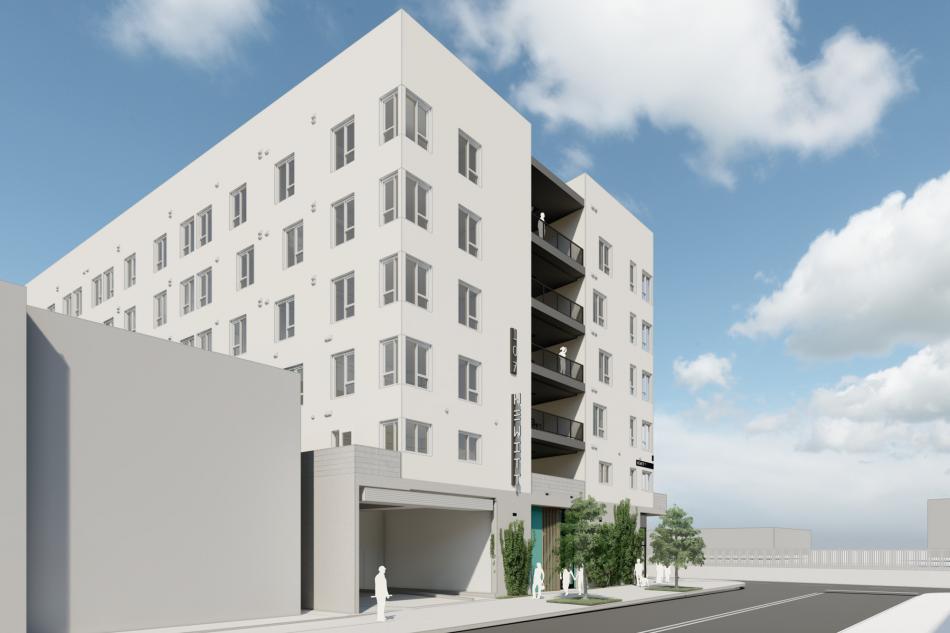 The project, which broke ground in February 2021, is named for its address at 107 S. Hewitt Street. Vertical construction has been complete for months, and exterior finishes are now wrapping the new six-story building, which will feature  69 apartments and 14,000 square feet of ground-floor retail space.

Although 107 Hewitt is a by-right project, it was designed in accordance with the Transit Oriented Communities guidelines, which permits exemptions from certain zoning rules due to its location in close proximity to the Little Tokyo/Arts District Metro station, as well as several bus lines. In exchange for the incentives, Boulevard Partners will set aside eight apartments as deed-restricted affordable housing.

The design of the project, according to Rios, arranges each apartment around an interior courtyard, with balconies also shown along some exterior-facing units. 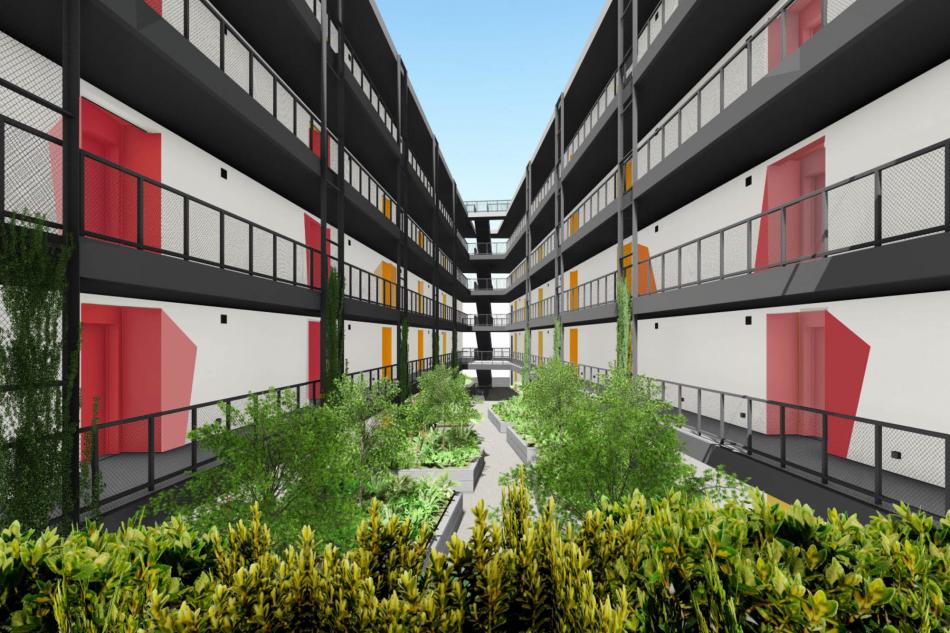 "107 Hewitt draws from the utilitarian buildings that previously existed in the area," reads a design narrative posted to the firm's website. In contrast to its subtle exterior, the design creates welcoming moments with lush plantings, circulation patterns that support the use of public transportation, and connections to the neighboring Arts District community."

The apartment remains on pace for completion in late 2022 or early 2023.