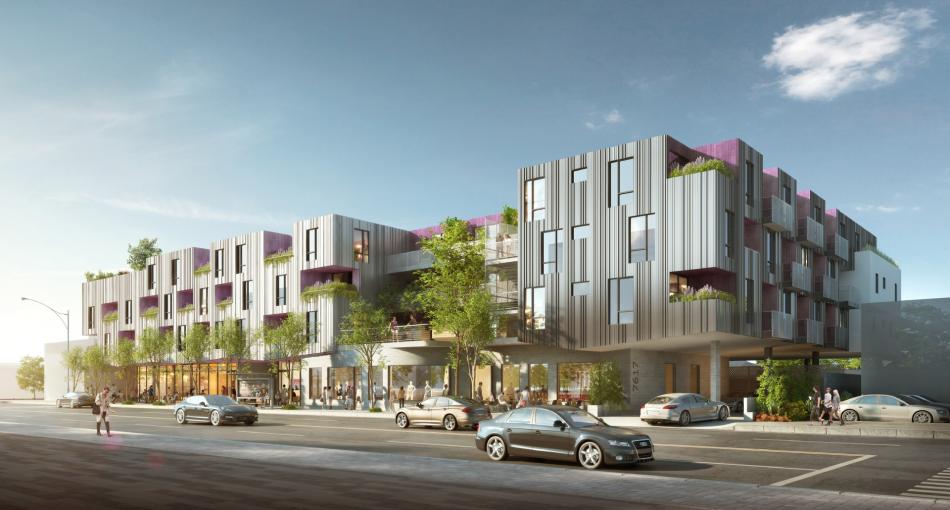 The project, which replaced a car wash at 7617 Santa Monica Boulevard, will consist of a four-story edifice featuring 71 studio, one-, and two-bedroom apartments atop roughly 9,240 square feet of ground-floor commercial space and a 177-car garage.

LaTerra is required to set aside 11 of the apartments as deed-restricted very low-income affordable housing as a condition of approved imposed by the City of West Hollywood.

Designed by Office Untitled, 7617 Santa Monica is depicted on in renderings as a contemporary low-rise structure clad in metal panels.  A project page from the firm's website describes it as a reinterpretation of the courtyard apartment buildings common throughout Los Angeles County. 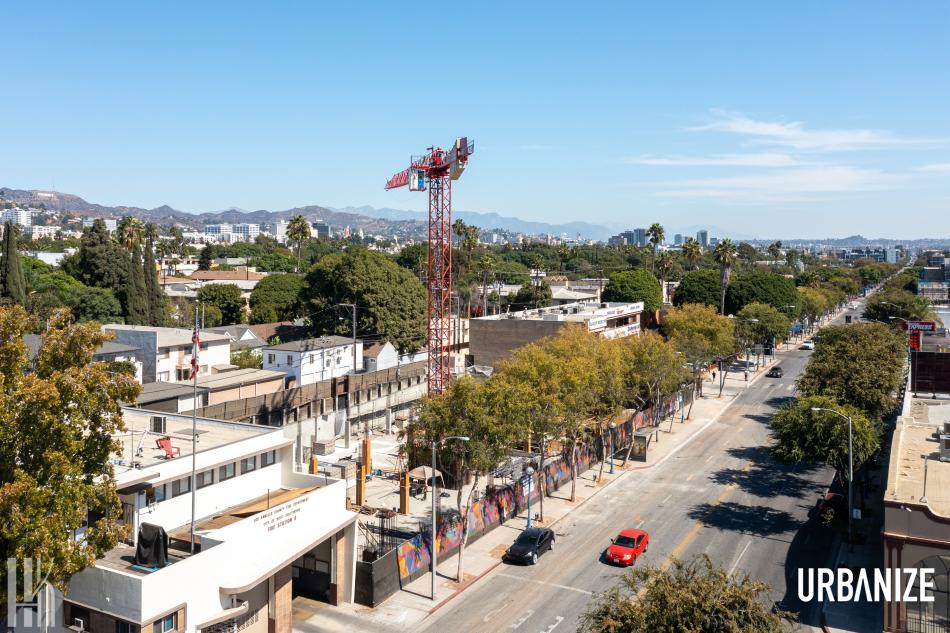 "In a typical courtyard building, the maximum building envelope and perimeter are maintained while the center is reduced by the courtyard. Here, exterior circulation and outdoor spaces become amenities for residents," reads a design narrative.  "In 7617, the perimeter volume is broken and shifted inward at two points along its edge. This reorganizes the large main courtyard into two smaller courtyards facing outward, which breaks down the overall massing and creates multiple common outdoor spaces. Protecting the interior courtyards from the noise generated along the boulevard, the massing."

An environmental study conducted for 7617 Santa Monica estimated that construction of the project would occur over an approximately 30-month period. 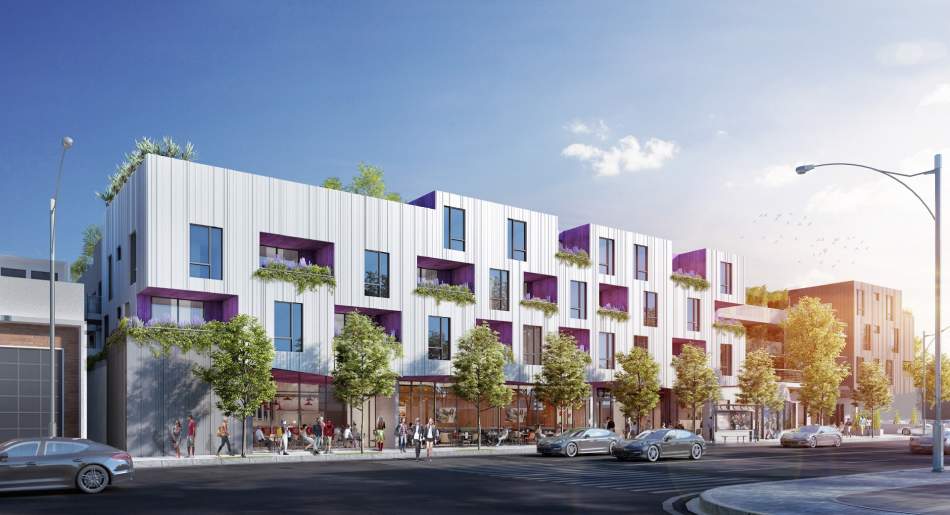