A year-and-a-half after breaking ground near the intersection of Sunset Boulevard and Highland Avenue in Hollywood, wood framing is nearly complete for a mixed-use apartment complex from ELK Development and Sixty West.

Located at 1410 N. Highland Avenue, the project replaced an automobile repair garage with what will eventually be a six-story building containing 49 apartments above 800 square feet of ground-floor commercial space and parking for 96 vehicles. 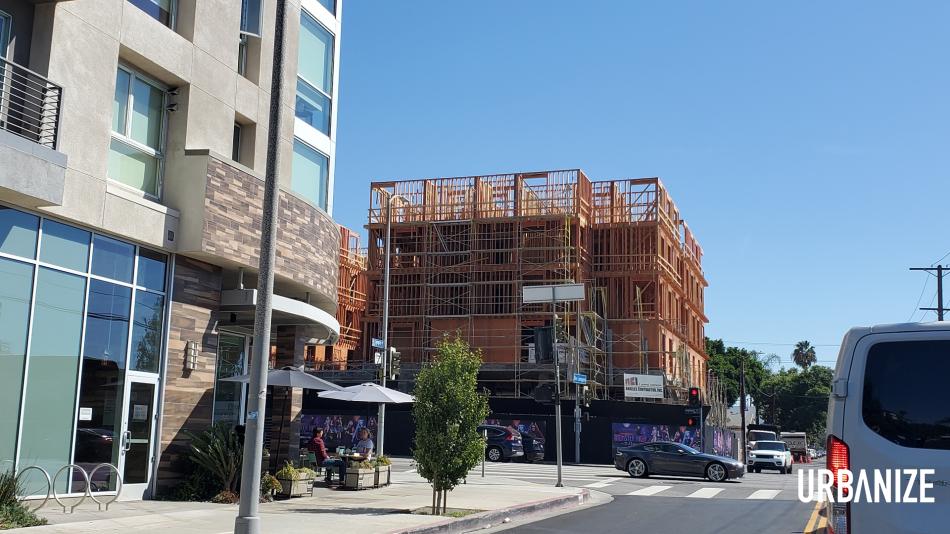 The apartments at 1410 Highland will come in a mix of three-, four-, five-, and six-bedroom suites, which will be rented as 180 micro-unit apartments. Each unit will feature a murphy bed, a table, television, cabinetry, and a personal refrigerator.

OfficeUntitled is designing the contemporary podium-type building, which will include a fitness room, a central courtyard, a rooftop deck, a spa, and a dog run. 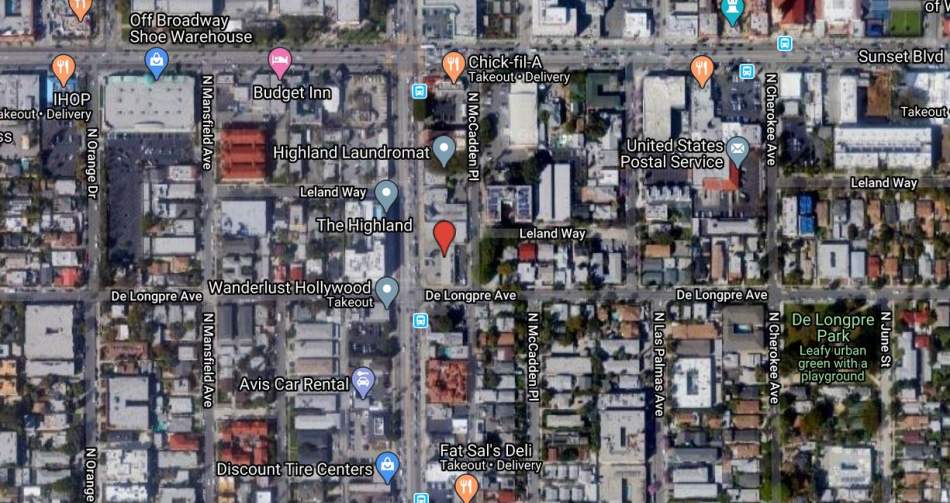 The development site sits between the Hollywood Media District to the south and the Walk of Fame to the north, and is located near a handful of similar mixed-use and multifamily residential buildings which have opened over the past five years.

ELK Development, which is based in Los Angeles, is also planning a similar mixed-use project near the Wilshire/Vermont subway station in Koreatown.