In a flurry of motions introduced this week, Los Angeles City Council President announced a series of initiatives intended to combat poverty in low-income communities of color. And additionally - kick start a revamp of the Van Nuys Civic Center.

“As we begin year three of this pandemic, it’s clear that the city can't set aside the work that we’ve set out to achieve until this pandemic ends,” said Martinez in a statement. “We can’t wait to turn Los Angeles into a city that works for everyone. Inequality persists throughout the world, but as leaders in the City of Los Angeles, we have a duty and a responsibility to do everything we can to prevent it here.”

In a motion entitled "Building a Livable City," Martinez instructs the Planning Department and LADOT to take stock of the number of parking spaces needed to serve Van Nuys City Hall and other government functions in the Van Nuys Civic Center, and lay out a plan for consolidating parking onto a smaller footprint. This would clear the path for redevelopment of the complex's remaining parking lots with a mixture of affordable housing, open space, retail, and other community serving uses. Likewise, Martinez proposes that any scheme also incorporate amenities for pedestrians and cyclists. 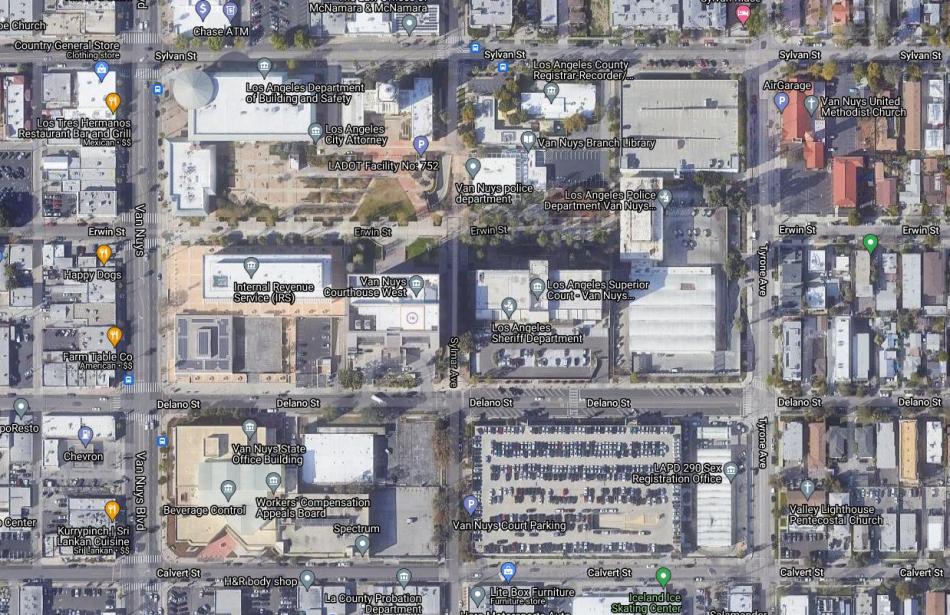 The motion acknowledges that the Van Nuys Civic Center is slated to become one of the Valley's key transportation nodes, with the G Line busway's existing stop expected to also serve as the future terminus of a light rail line running along Van Nuys Boulevard.

A related motion also instructs city staff to craft a new master plan for revamping the plaza at the heart of the Civic Center, which could be used by surrounding residents for events, as well as by government workers. Staff have been asked to establish a memorandum of understanding to indicate ownership and maintenance responsibilities for properties in the Civic Center, as well as a plan that would provide for the renovation of the plaza, improve pedestrian connections to the surrounding neighborhood, opportunities for programming, and a location for a monument honoring the late Supreme Court Justice Ruth Bader Ginsburg.

The other motions introduced by Martinez, which fall under the umbrella of a proposal she calls Elevate LA, call for expanding city programs geared toward reducing childhood poverty, creating more pathways to homeownership for lower-income communities, and establishing financing mechanisms for lower-income homeowners to add accessory dwelling units to their properties.