In Long Beach, the concrete shell of the city's former main library branch is long gone, and landscaping for a revamped an expanded Lincoln Park is starting to take shape. 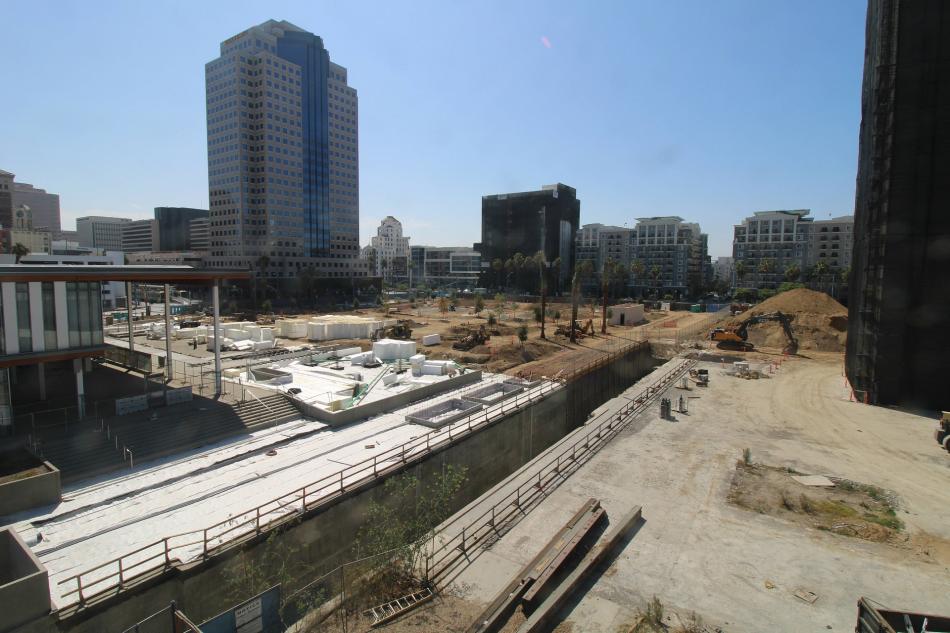 Construction of the new Lincoln ParkOxBlue

The nine-acre green space, located at the northwest corner of Ocean Boulevard and Pacific Avenue, is expected to feature a basketball courts, a soccer field, a dog park, an outdoor reading room, art installations, and potentially a skateboarding facility, the Long Beach Post reported earlier this year.

Lincoln Park, the oldest public green space in the City of Long Beach, opened in 1880 slightly north at the intersection of Pacific and Broadway.  The original site is now home to the new Long Beach main library branch, which has been named in honor of tennis legend Billie Jean King.

The replacement of Lincoln Park is the latest phase of Long Beach's multi-year redevelopment of its Civic Center, which included the construction of a new City Hall and headquarters building for the Port of Long Beach.

The centerpiece of the previously fortress-like complex, the 1970s City Hall building, is currently in the midst of demolition.  While the Long Beach City Council has approved the construction of up to 580 apartments at the site of the brutalist tower, that plan was dealt a setback last year when the company that was set to build the new housing backed out of the project.

Long Beach officials estimated earlier this year that completion of the new park is on pace for Fall 2021.