A new report given at the December 14 meeting of the Pasadena Design Commission offers a look at updated plans for a mixed-use apartment building at the corner of Green Street and De Lacey Avenue. 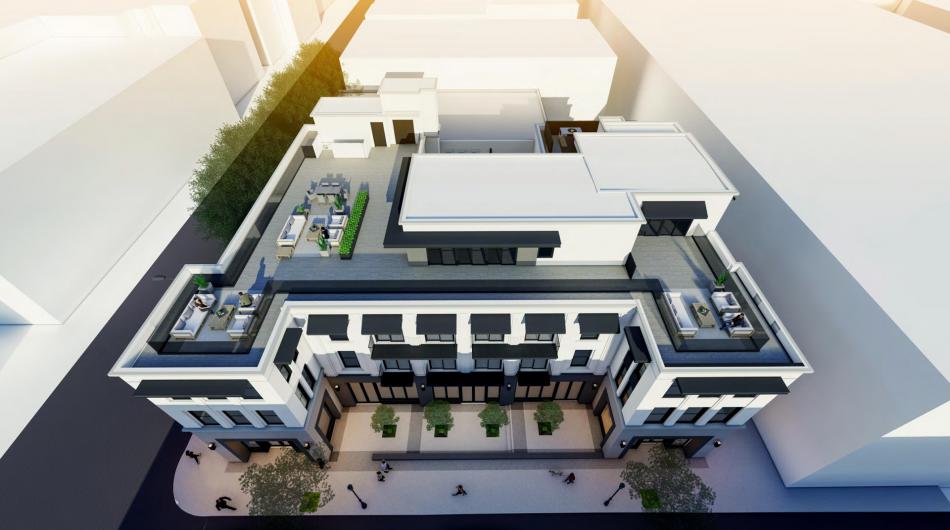 The proposed project, slated for the northwest corner of the intersection, comes from Sunshine Management Group, which has previously sought to redevelop the site near the 710 freeway stub for several years. While plans approved in 2019 had called for the construction of a two-story office building, the developer dropped that proposal last year, when the Design Commission reviewed an updated project consisting of a four-story building with 18 apartments, 4,840 square feet of ground-floor commercial space and basement parking.

Malekian & Associates, the architect behind the project, has revamped the look of the Main Street Commercial-style building to address feedback from the project's concept design review. Plans call for an exterior of precast stone at street level and smooth stucco on its upper floors, with open spaces provided in the form of a street-level courtyard and rooftop decks.

Plans for a mix of studio and one-bedroom floor plans - including four units of deed-restricted affordable housing - remain unchanged from the 2020 submittal. 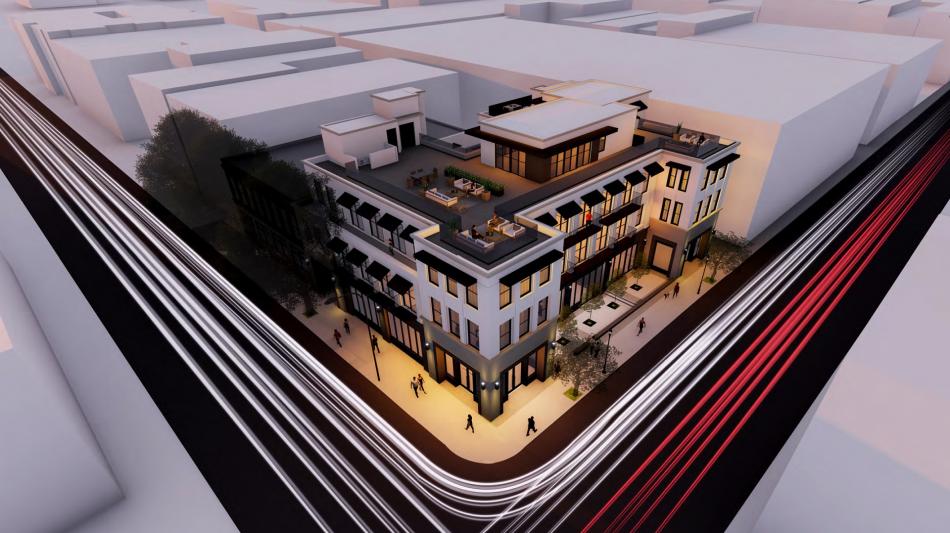