A groundbreaking ceremony held earlier this month marks the start of construction on the redevelopment expansion of the Rose Hills Courts public housing complex in Northeast Los Angeles.

The project, which is being developed by Related California in partnership with the City of Los Angeles Housing Authority, will nearly double the amount of housing on the five-acre property at 4446 Florizel Street.  A full buildout of the project, which will occur in phases, will replace 100 existing units with 185 apartments reserved for low-, very low-, and extremely low-income households.

The initial phase of the project will consist of 88 homes, which are to be set aside for existing tenants of Rose Hill Courts.  All of the new apartments will be supported through Section 8 Project Based Vouchers.

Subsequent phases of construction will result in a total of nine buildings across the site, featuring a mix of one-, two-, three-, and four-bedroom dwellings, in addition to a community building, a central park space, and other site improvements such as lighting, fencing, and storm water capture infrastructure.

The project, designed by Withee Malcolm Architects, is to be built between 2021 and 2024, according to an environmental study published by the City of Los Angeles.

The initial phase of the redevelopment is paid for in part by the California Strategic Growth Council’s affordable Housing and Sustainable Communities program, using cap-and-trade revenues that are intended to go toward projects which reduce greenhouse gas emissions – particularly in disadvantaged communities. 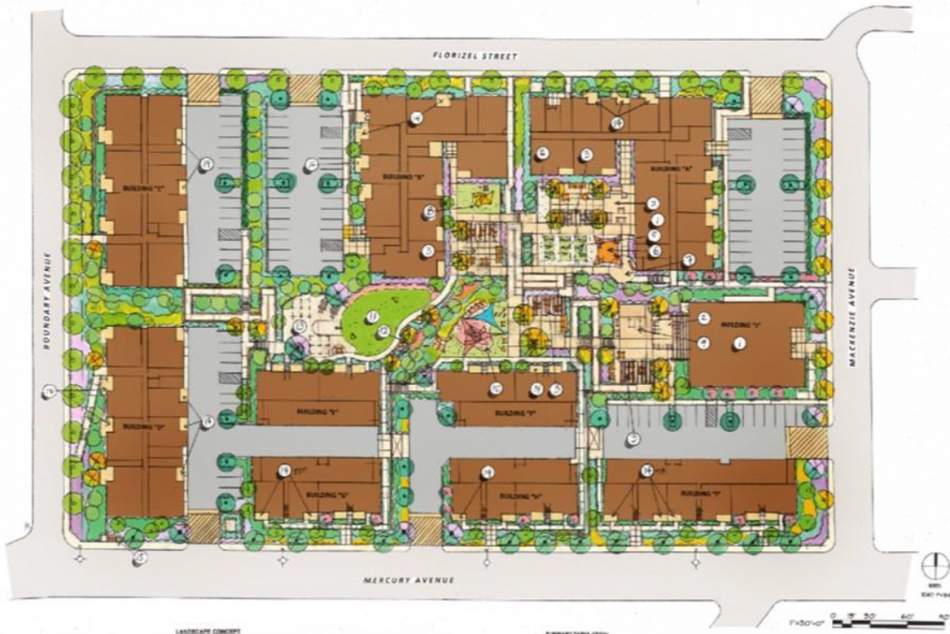 HACLA, through partnerships with various developers, is in the process of redeveloping several of its public housing complexes, including Jordan Downs in Watts, and Rancho San Pedro.

Related California, perhaps best known as the developer of a Frank Gehry-designed tower complex now rising in Downtown Los Angeles, is also one of the most prolific builders of affordable housing in Southern California.