A presentation scheduled for the September 9 meeting of the Los Angeles City Planning Commission offers up a colorful new look for a proposed mixed-use apartment building in San Pedro. 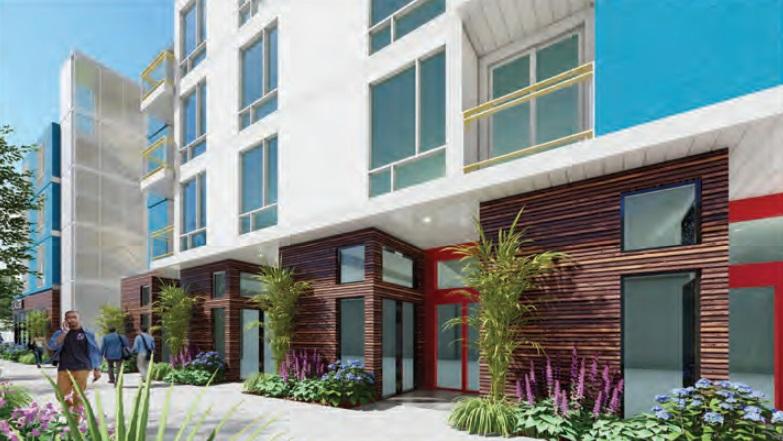 The project, which is being developed by Root Real Estate and Ketter Group, from rise from a property located on the east side of Pacific Avenue between 21st and 22nd Streets, replacing a single-tenant bar and a surface parking lot.  Plans call for a four-story edifice featuring 100 studio, one-, and two-bedroom apartments with 1,800 square feet of ground-floor commercial space and semi-subterranean parking for 84 vehicles.  The apartments are planned at all floors of the building - including street-level units with entrances onto Pacific Avenue.

Project entitlements, which include density bonus incentives to permit bonus floor area and a reduced parking requirement, will require that 11 of the apartments be set aside as affordable housing at the very low-income level. 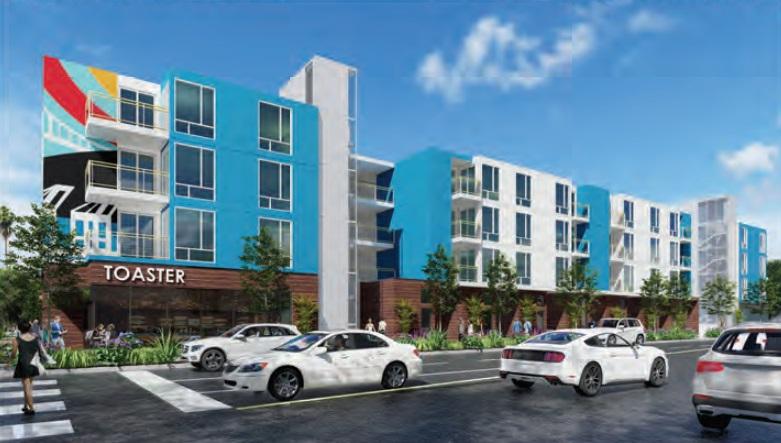 Ketter's in-house architects are designing the project, which is shown in renderings to have a multi-colored exterior of painted stucco, slatwall panels, aluminum, and glass.  Planned on-site amenities include two courtyards at the second floor and a 5,400-square-foot rooftop deck.

A staff report to the Planning Commission recommends the approval of project entitlements, as well as a determination that the project should be exempt from review under the California Environmental Quality Act. 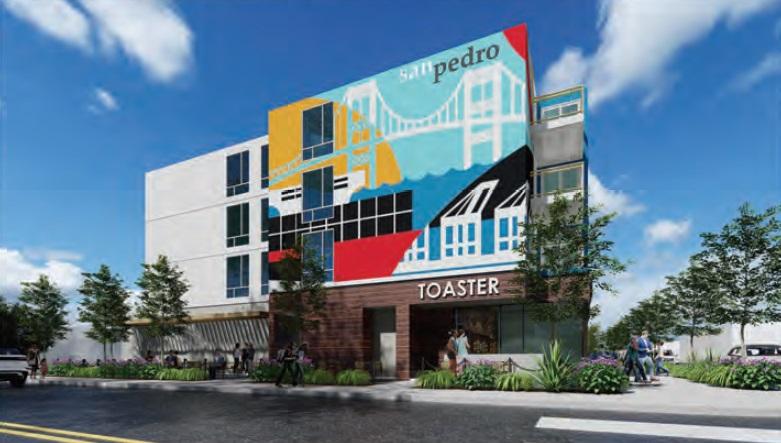 Ketter and Root have also secured approvals for a similar project that would bring 102 apartments to a property located a few blocks north on Pacific Avenue.