An addendum to the San Pedro Community Plan's environmental impact report is the first sign of progress on entitlements for Holland Partner Group's latest mixed-use project near the L.A. Waterfront.

The proposed development, named for its address at 625 Beacon Street, would rise from a full city block bounded by 6th, 7th, Beacon, and Palos Verdes Streets, replacing three small commercial buildings.  The new construction would consist of an eight-story edifice featuring 281 studio, one-, two-, and three-bedroom apartments above 2,316 square feet of ground-floor retail space and a three-level, 505-car subterranean parking garage.

MVE + Partners is designing 625 Beacon, which is portrayed in renderings as a contemporary podium-type building.  The project would include an outdoor community space overlooking Pepper Tree Plaza and the waterfront, as well as an elevated courtyard fronting 7th Street.

The project, which recently secured a determination letter, is slated to be built over a roughly 34-month period including demolition of existing structures and construction of the new building, according to the environmental study.  The apartment complex is expected to open in 2024. 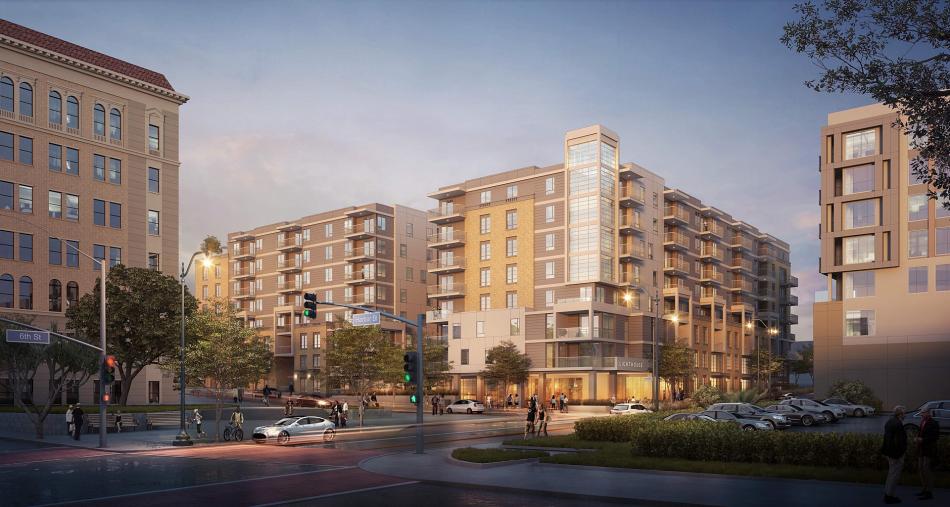 The proposed development is the latest in a recent series of new housing developments near the L.A. Waterfront, including planned projects from Galaxy Commercial Holdings, Shaw Investments, and Urban Stearns on Harbor Drive.  Those projects will sit a short distance north of The West Harbor, the upcoming $150-million revamp of the kitschy Ports O' Call Village.

In addition to 625 Beacon, Holland Partner Group has invested in other sites in San Pedro in Long Beach, including the neighboring 550 Harborfront apartments and the Zolta on Pine development in Downtown Long Beach.