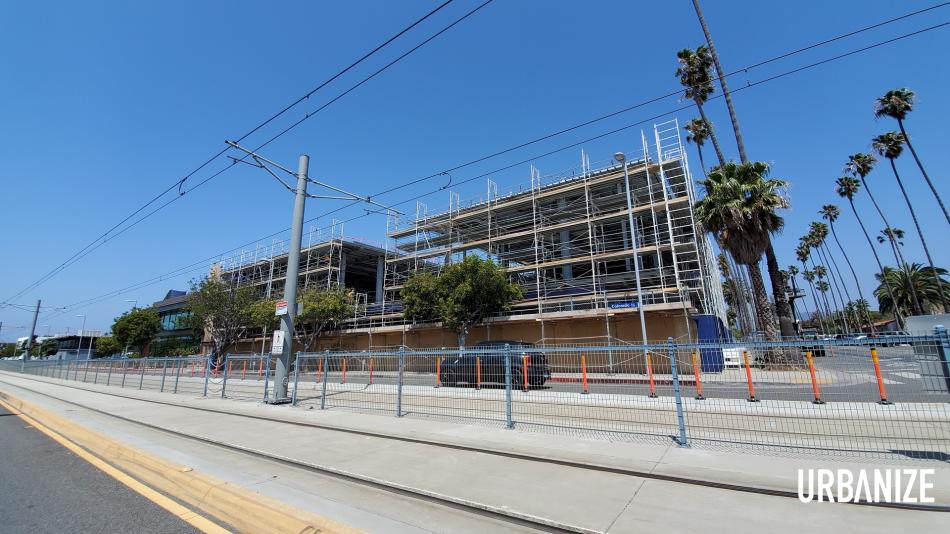 The project, which replaced a parking lot at the intersection of Colorado Avenue and Euclid Street, consists of a three-story building  that will feature 30,000 square feet of office space above 4,000 square feet of ground-floor retail and a three-level, 92-car basement garage.

Belzberg Architects is designing the project, which will have a U-shaped footprint above the first floor, creating two wings centered on a courtyard.  Floor-to-ceiling glass is planned for the building's exterior.

Construction began slightly over one year ago. 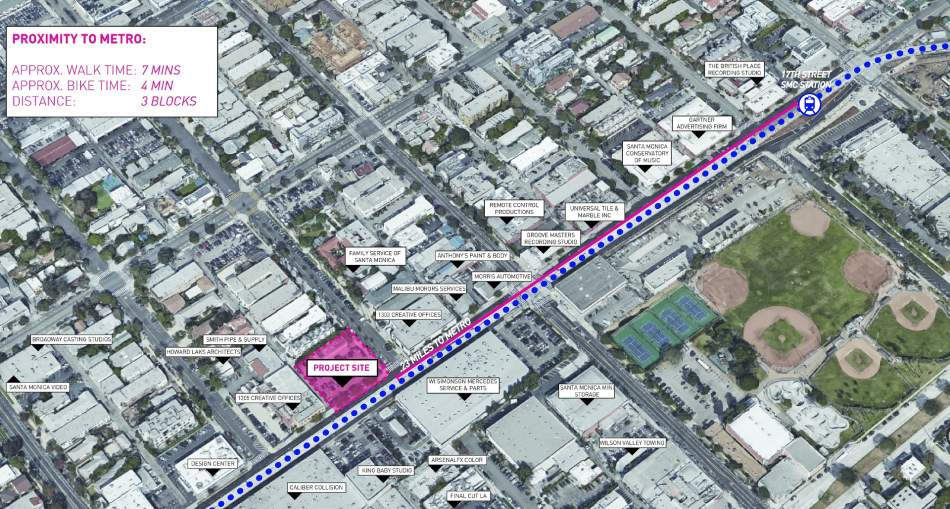 The project is being developed by Friedkin Group, according to The Real Deal.  The Houston-based organization purchased the property from Santa Monica-based Watt Companies in 2018.

A campus-style office development which has reportedly been leased by Universal Music Group opened a short distance east in 2019.  Several similar low-rise office buildings are also slated for properties located to the south of Colorado Avenue.