A staff presentation to the Santa Monica Planning Commission offers up a first look at a redesigned office complex planned just west of Memorial Park. 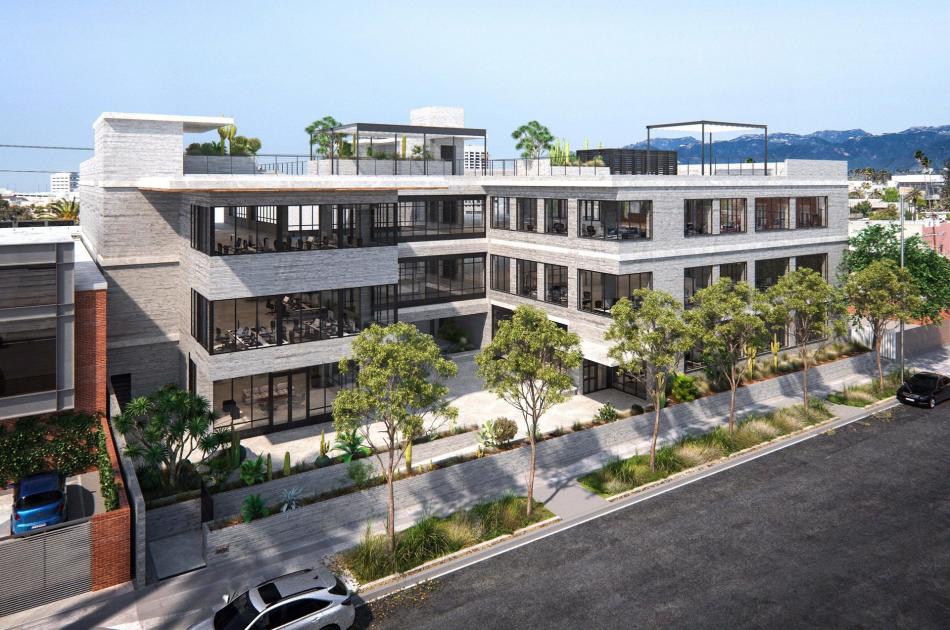 The project, which comes from local real estate development firm Redcar Properties, would rise from a roughly half-acre site at 1650 Euclid Street which currently serves as an automobile tow yard.  Plans call for the construction of a three-story edifice which would contain 39,389 square feet of offices above subterranean parking for 131 vehicles.

The revised design, according to the staff report, maintains a similar massing and form to concepts from RAC Design Build and James Corner Field Operations presented last year to the city's Architectural Review Board, but now has a more cohesive appearance with uniform window patterns.  Additionally, landscaping on a planned roof deck has been revised along with plantings along Euclid Street.

The building, as currently envisioned, is split into two wings connected by a glass bridge.  The proposed roof decks would be provided through setbacks on the second and third floors would provide open-air decks for tenants, resulting in an H-shaped footprint. 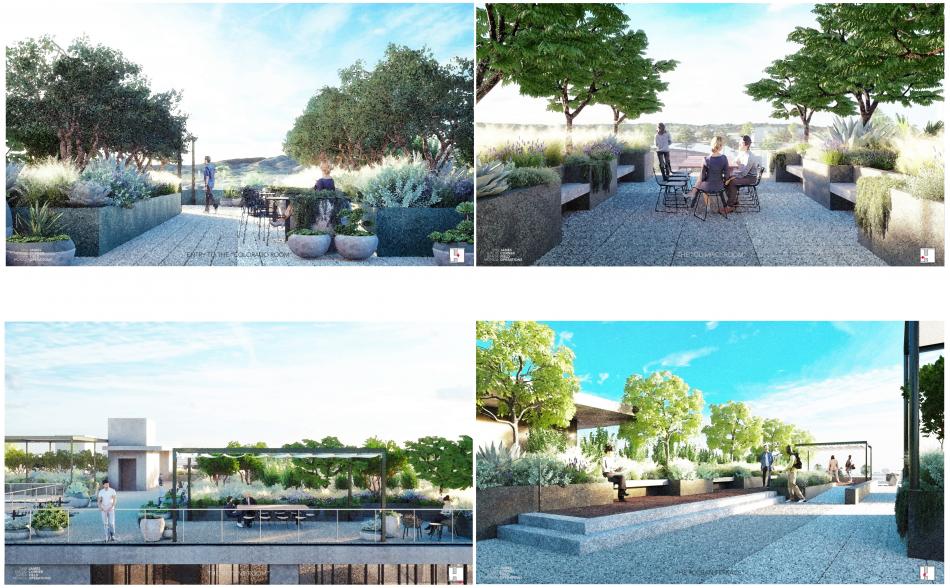 Staff recommend the approval of 1650 Euclid Street, along with a public benefits package which would include roughly $1.3 million in fees for affordable housing, park development, and transportation impacts that would be paid to the City of Santa Monica.

Redcar, in addition to multiple projects in its hometown of Santa Monica, is also developing a mass timber office building next to Chinatown Station in Downtown Los Angeles.

The project from Redcar joints a handful of other office buildings slated to rise near Memorial Park, including a three-story, 22,000-square-foot complex proposed one block east on 14th Street.