In Santa Monica, two vacant commercial buildings at the intersection of Wilshire Boulevard and Harvard Street have made way for redevelopment. 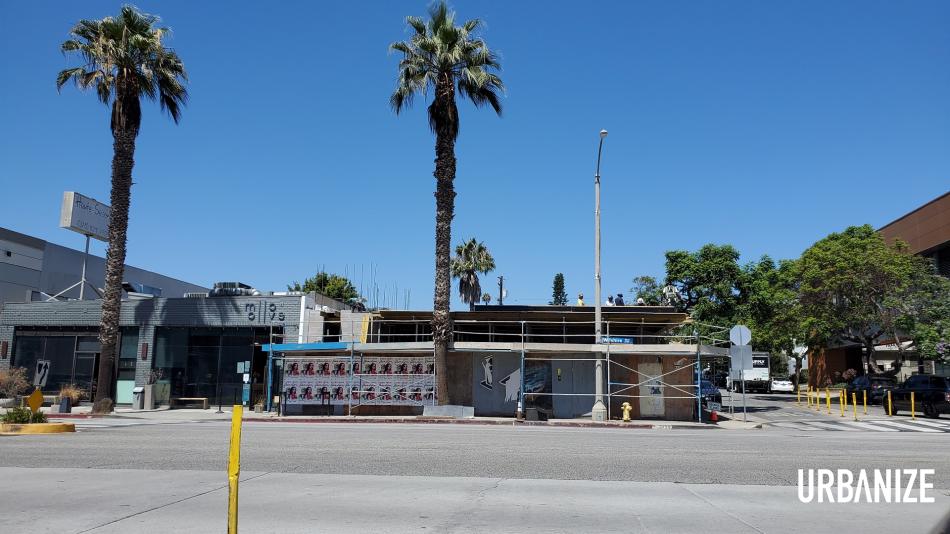 The project, approved in 2019 by Santa Monica officials, will consist of a two-story building featuring nine studio apartments - including one low-income unit - above 2,495 square feet of ground-floor retail.  Parking for 18 parking spaces will be located in a semi-subterranean garage.

Designed by DFH Architects, the squat low-rise structure will have an exterior of charred cedar siding and stucco, according to approved plans.  A conceptual rendering depicts the finished product with an undulated pitched roof and an outdoor deck overlooking Wilshire Boulevard.  HSBC is shown in the rendering as the property's retail tenant.

City records list the property owner and project applicant is listed as real estate development firm The Megdal Companies.  Los Angeles County Assessor's data shows that the property was acquired in May 2012. 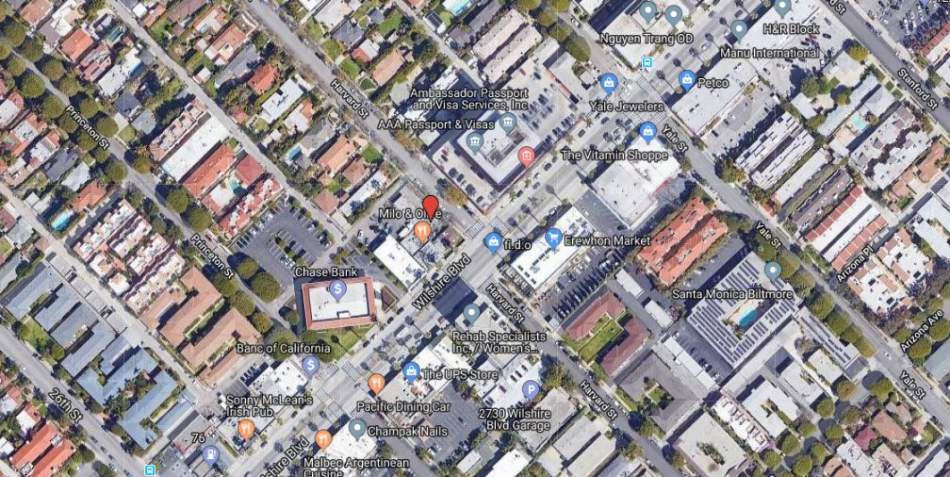 The project is one of a handful of small mixed-use projects planned for the Wilshire Boulevard's intersections with the Collegiate Streets in Santa Monica, including a similar development with six apartments and retail planned at Berkeley Street.