Citing an increase in the number of cyclists and pedestrian activities since the arrival of the E Line in 2016, the City of Santa Monica is adding a protected bikeway and other safety infrastructure projects to the streets surrounding Metro's 17th St / SMC Station. 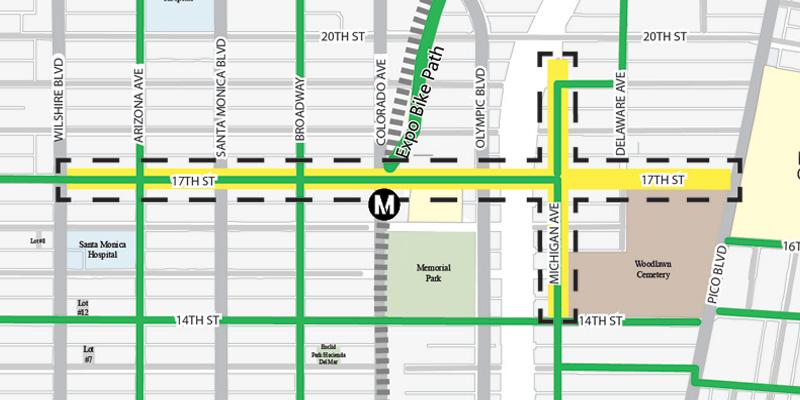 The project, which began construction on October 11, is split into two corridors intersecting at 17th Street and Michigan Avenue in the Pico neighborhood.  Along 17th Street between Wilshire and Pico Boulevards, plans call for:

On Michigan Avenue between 14th and 19th Streets, plans call for an extension of the Michigan Avenue Neighborhood Greenway, as well as adding other traffic calming measure catering to cyclists and pedestrians.  The full suite of projects includes:

Construction is expected to occur in phases over a 12-to-15-month period.