A staff presentation to the Santa Monica Architectural Review Board offers an updated look at plans for a small affordable housing development at 1342 Berkeley Street. 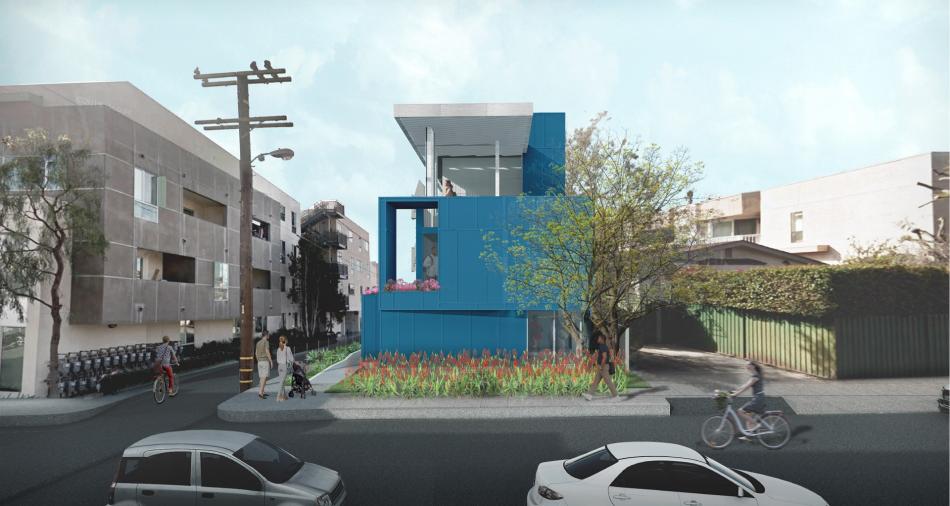 Brooks + Scarpa is designing the project, which will serve as a test case for the firm's NEST Toolkit, which is described as a flexible "kit of parts" that can be used for affordable housing developments across the Los Angeles area.  The approximately 11,000-square-foot building would be composed of prefabricated modular units, clad in saturated blue cement panels, which are arranged to provide upper-level outdoor space for residents and a community garden at street level. 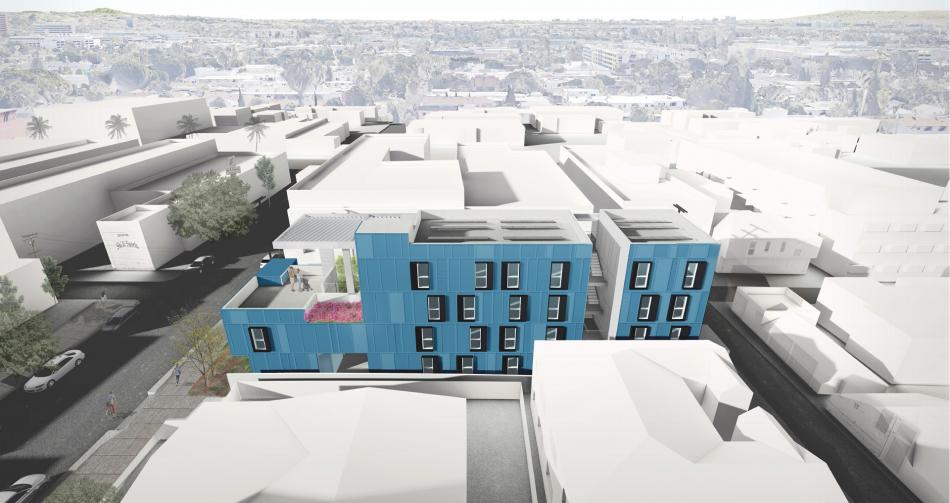 According to a Santa Monica Planning staff report, funding for Berkeley Station comes from five sources - including a $1-million grant provided through Los Angeles County’s Housing Innovation Challenge Grant to the NEST Toolkit.

Community Corp., which has numerous affordable and supportive housing projects in development in its hometown of Santa Monica, previously sought to develop the 1342 Berkeley Street site with a smaller eight-unit affordable housing project called Little Berkeley. 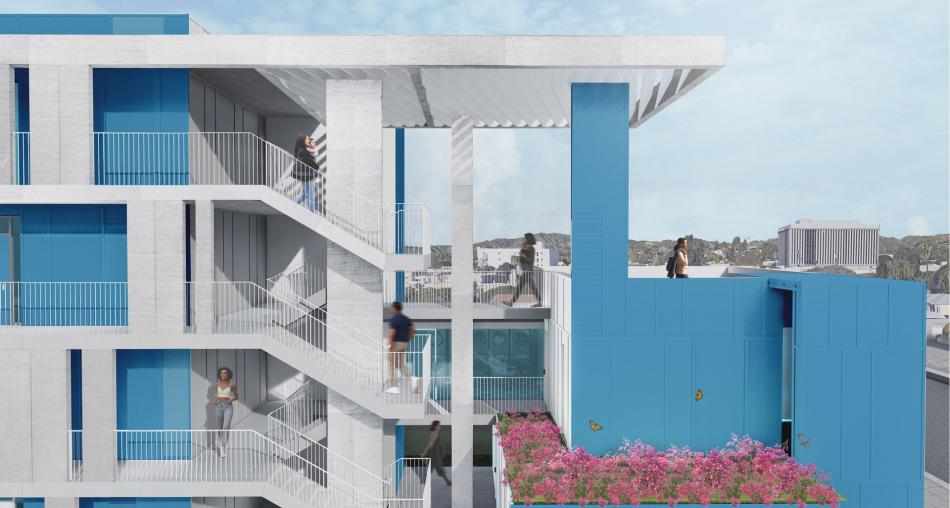 The project site sits northeast of Santa Monica Boulevard’s intersections with Yale and Stanford Streets, where three market-rate apartment buildings are either planned, under construction, or recently-completed.