A staff presentation to the Santa Monica Planning Commission offers a closer look at the proposed development slated to replace the Vons supermarket at Lincoln Boulevard and Broadway. 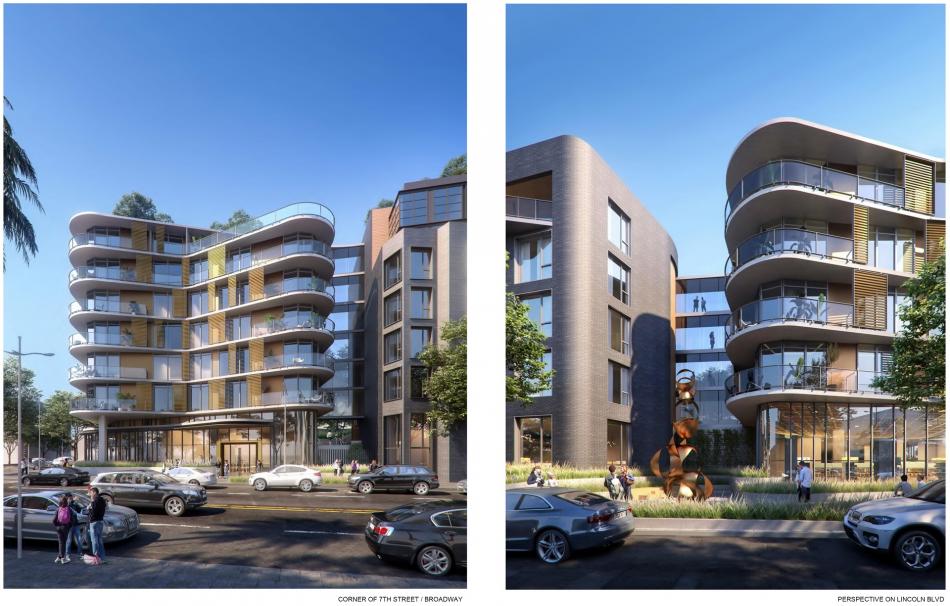 Corner of 7th and Broadway and perspective on LincolnLARGE Architecture

Related California, which is developing the project at 710 Broadway, hopes to build a new five-to-eight-story building featuring 280 apartments above 99,000 square-feet of ground-floor commercial space which would be occupied by a new Vons location, a gym, and other retail uses.  Plans also call for 354 parking stalls on two basement levels.

The proposed development would offer a mix of studio, one-, two-, and three-bedroom floor plans, with 84 apartments to be set aside as deed-restricted affordable housing.  The affordable component would include:

LARGE Architecture is designing the project, which was previously described a staff report to Santa Monica's Architectural Review Board (ARB) has having three separate design expressions, including a curvilinear form along Broadway, folds facing 7th Street, and waves along Lincoln Boulevard.  Proposed exterior finishes include brick facade, glass, and wood accents.  Plans also call for open space amenities such as a rooftop deck and large podium courtyard. 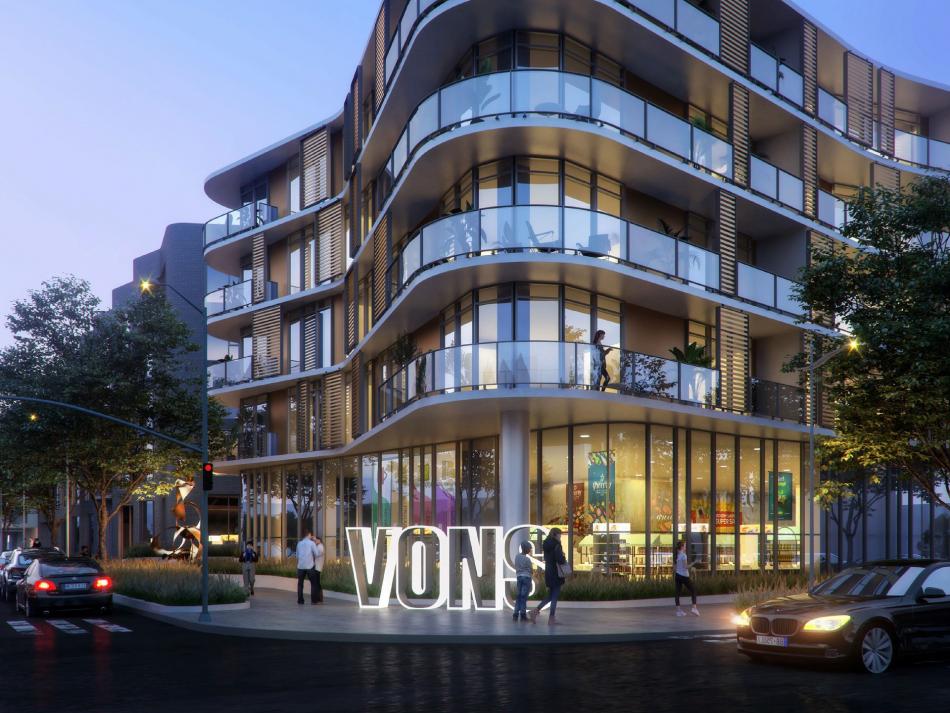 The current plan reflects feedback from the ARB, which found that the initial concepts required facade variation and visual porosity to avoid overwhelming its 7th Street and Lincoln Boulevard exteriors.  Likewise, the board concluded that the larger courtyard planned for the center of the complex would be difficult program, and suggested adding additional private open spaces to improve livability.

The Planning staff report recommends the approval of the project and its requested entitlements, including multiple conditional use permits and a vesting tentative tract map.  The report estimates that Related will pay roughly $6 million in public benefits fees for park development, affordable housing, and transportation improvements in the Downtown Santa Monica neighborhood.

Related's project would anchor a prominent intersection on Lincoln Boulevard, which has recently evolved from an auto-oriented corridor to one characterized by multi-story mixed-use buildings.  Next door to the Vons site at 1550 Lincoln Boulevard, local developer WS Communities is building a similar five-story, 100-unit building where a Denny's restaurant once stood.  Farther south across Colorado Avenue, Century West Partners and Cypress Equity Investments are building more than 300 apartments in three developments between Colorado Avenue and the Santa Monica Freeway. 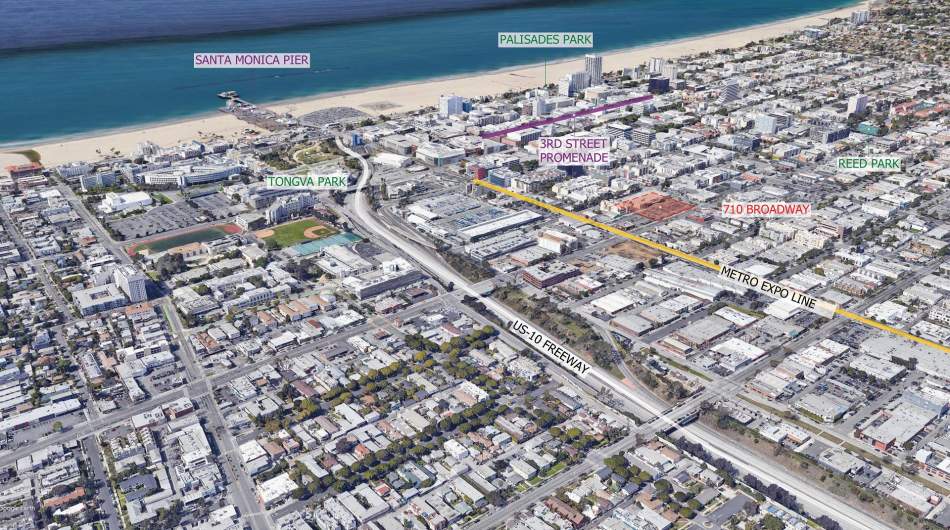 Related California's which is also developing the $1-billion Grand Avenue Project in Downtown Los Angeles and numerous affordable housing projects, is not a stranger to Santa Monica.  The company previously developed a $350-million housing complex adjacent to Tongva Park.