Six months after we last checked in, construction has ramped up at the intersection of Santa Monica Boulevard and Yale Avenue, where LaTerra Development is developing a mixed-use apartment building. 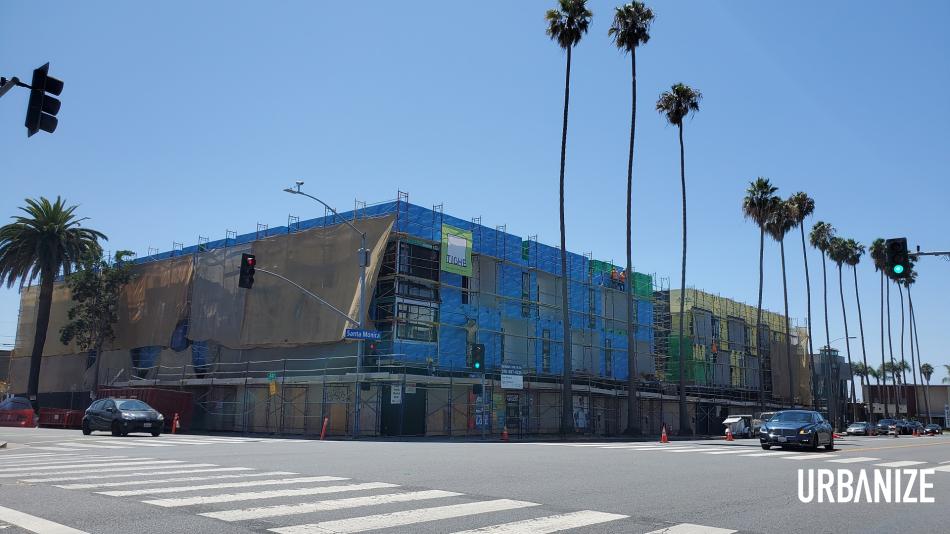 The three-story edifice, which replaced a strip mall, will include 50 studio, one-, two-, and three-bedroom apartments above roughly 10,000 square feet of ground-floor retail space and two levels of subterranean parking.  LaTerra will also be required to set aside four of the apartments as deed-restricted affordable housing, under conditions of approval imposed by the City of Santa Monica.

Designed by Tighe Architecture, the wood-frame structure will eventually be wrapped in perforated metal panels on its upper floors, with flourishes of orange and green used to color its inset balconies.  Floor-to-ceiling glass is planned at ground-level, set back slightly from the street.

According to a landing page on the LaTerra Development website, the mixed-use development will also include a fitness center, multiple courtyards, a clubhouse, and a 5,000-square-foot rooftop amenity deck. 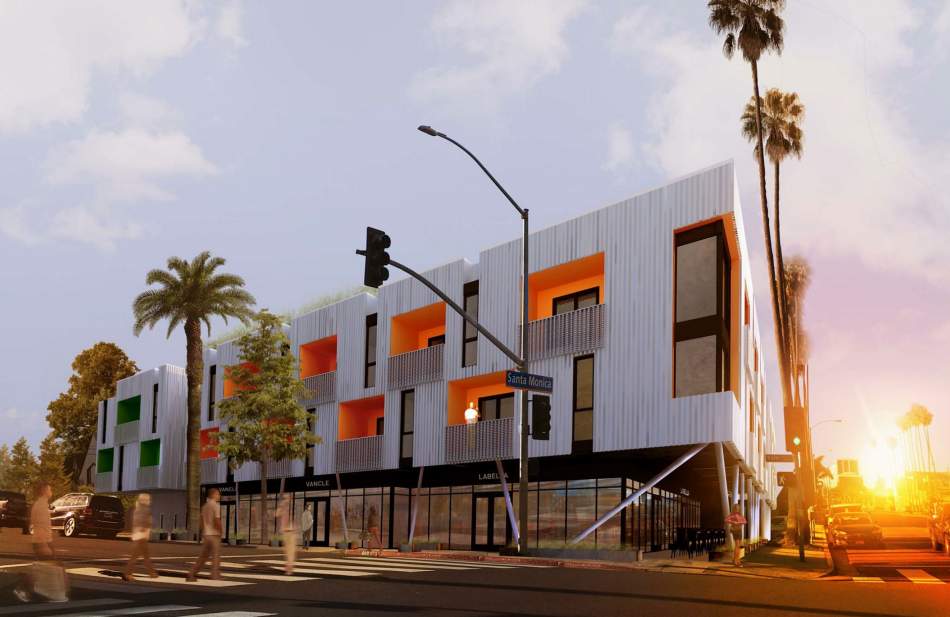 LaTerra has a large slate of planned and under construction developments across Los Angeles, including similar projects in Santa Monica, Downtown, Burbank, West Hollywood, Mar Vista, and Los Feliz.

The Santa Monica and Yale development is rising directly across the street from a currently empty lot slated for the construction of a similar 46-unit apartment complex.