In Sawtelle, developer Markwood Enterprises has kicked off construction for a mixed-use apartment building on Santa Monica Boulevard. 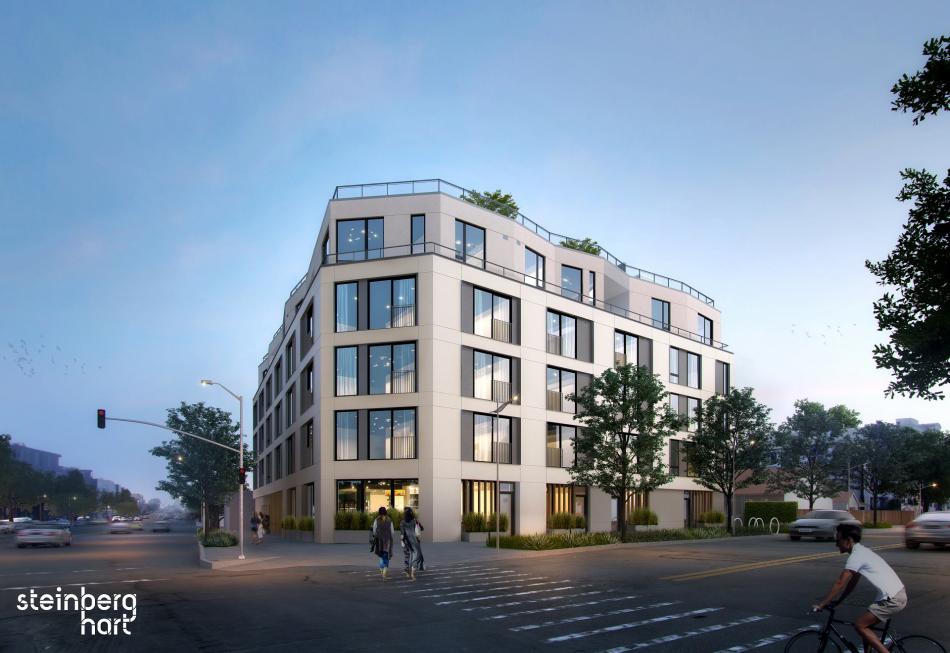 The project, located at the northwest corner of Santa Monica and Barrington Avenue, will rise from a site that was long occupied by a single-story commercial building.  Approved plans call for the construction of a five-story edifice featuring 51 studio, one-, and two-bedroom apartments with 939 square feet of ground-floor commercial space.  A handful of street-fronting live/work units are proposed facing Barrington.

The project at 11701 Santa Monica Boulevard will sit atop a two-level underground parking garage with capacity for 69 vehicles.  Vehicles would be stored in a stacked, automated system created by ParkPlus.

Steinberg Hart is designing the apartment complex, which is depicted in renderings as a contemporary podium-type building with an O-shape circling a central courtyard, and additional open space at the roof level. 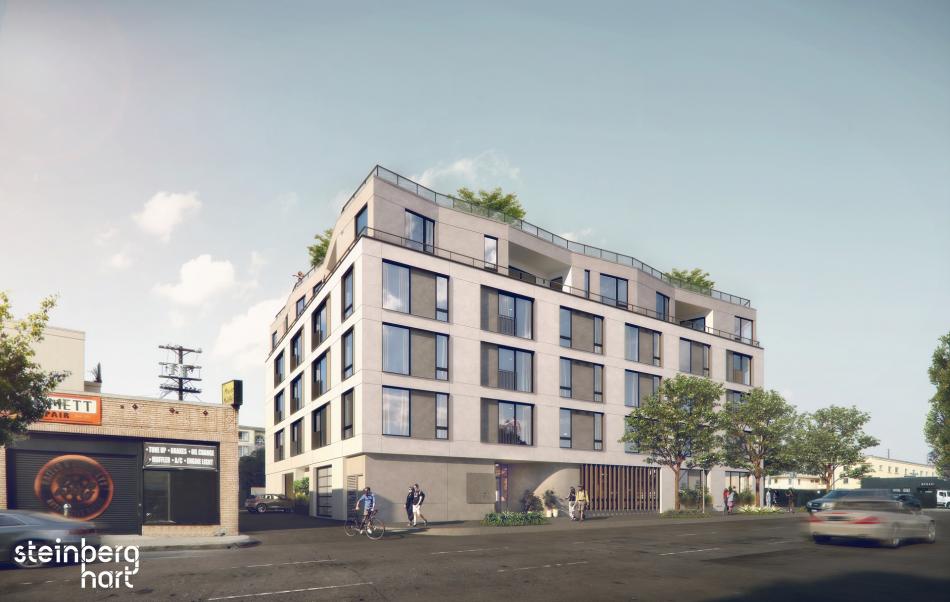 Completion of 11701 Santa Monica is expected in roughly 22 months, according to a representative of Steinberg Hart.

The project follows a number of new mixed-use and multifamily residential buildings that have risen along Santa Monica Boulevard to the west of the I-405 Freeway, including several developments from CIM Group and an under-construction project from Jamison Services, Inc.  A larger project is also planned for the former site of a Vons supermarket at the southeast corner of Santa Monica and Barrington.

Markwood's other projects include a similar apartment complex planned at the intersection of Melrose and La Brea Avenues in the Fairfax neighborhood.