In Sawtelle's, the 1980s exterior of the Trident Center office complex is no more, as construction ramps up for a $300-million makeover by co-developers McCarthy Cook and Northwood Investors. 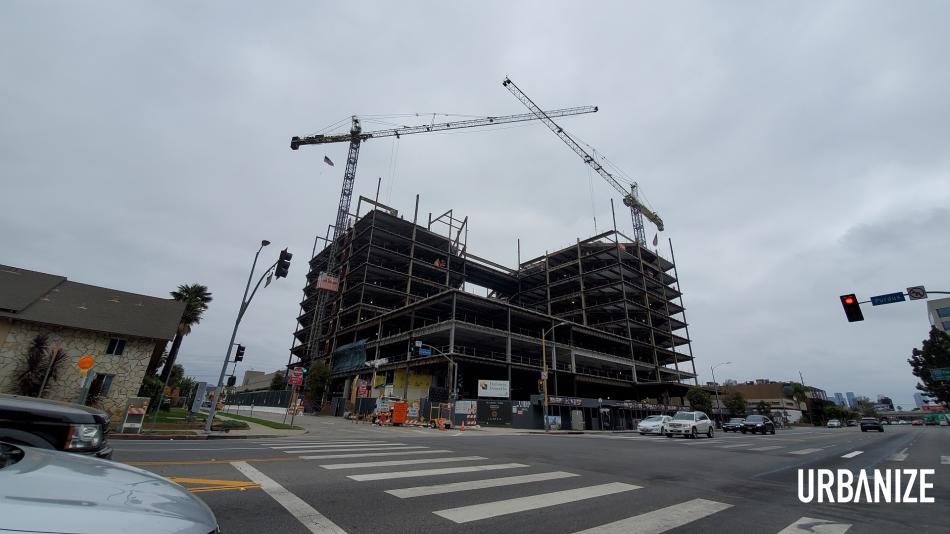 The property, located at 11355-11377 W. Olympic Boulevard, is being rebranded as Lumen West L.A.  Originally, the complex included a pair of 10-story buildings containing than 300,000 square feet of offices above a 2,000-car garage.  The under-construction project is adding roughly 115,000 square feet of space to that total, including ground-floor retail uses, while retaining a large amenity deck at the rear of the property.

Designed by Gensler, the revamp discards the concrete and stone exterior of the Trident Center for a glass curtain wall.  New steel bridges connecting the two towers, as well as a smaller two-story edifice at the intersection of Olympic and Purdue Avenue, provide outdoor amenity areas for tenants which can be incorporated into workspaces.

The project will also retain and revamp the existing rear amenity deck, as well as the podium parking garage.  However, a new dog park will be added at the rear of the site at Mississippi and Purdue Avenues. 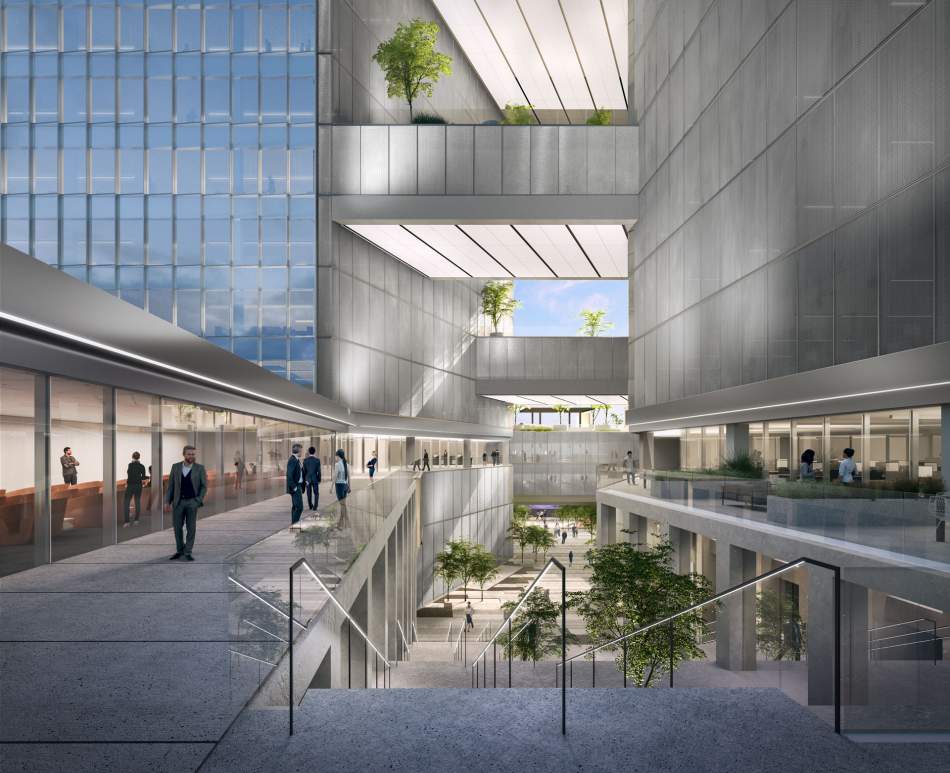 Completion of the renovation is expected in 2022.

The new office space at Lumen joins a handful of new projects slated to bring new inventory to the Olympic Corridor, which has recently ranked as one of the stronger office submarkets in Los Angeles.  A few blocks east, an eight-story, 135,000-square-foot building is proposed on Sawtelle Boulevard.  Just over a half-mile west at the intersection of Olympic and Bundy Drive, construction kicked off earlier this year for the West Edge, a mixed-use complex which will include housing, retail, and 200,000 square feet of office space.