In Culver City, construction is in the home stretch for a new office building that will become the headquarters of mobile game maker Scopely. 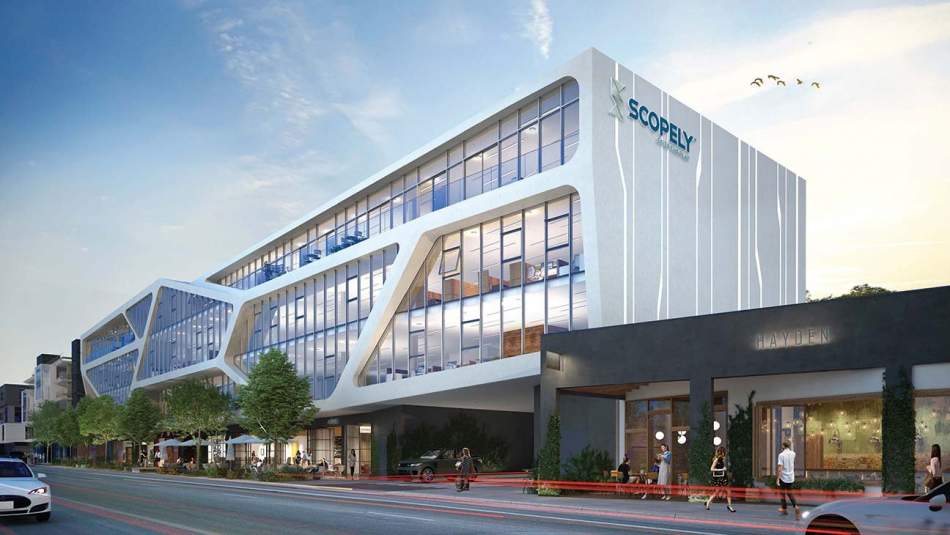 Abramson Architects is designing the building, called Synapse, which is clad in glass fiber panels that will be inlaid with LED strips.

The new office complex is being developed by Los Angeles- and New York-based Runyon Group, which also built the adjoining Platform retail and office complex.  The company recently repurposed an unused area beneath the viaduct which carries Metro trains into Culver City Station as an outdoor amenity space for visitors to the property. 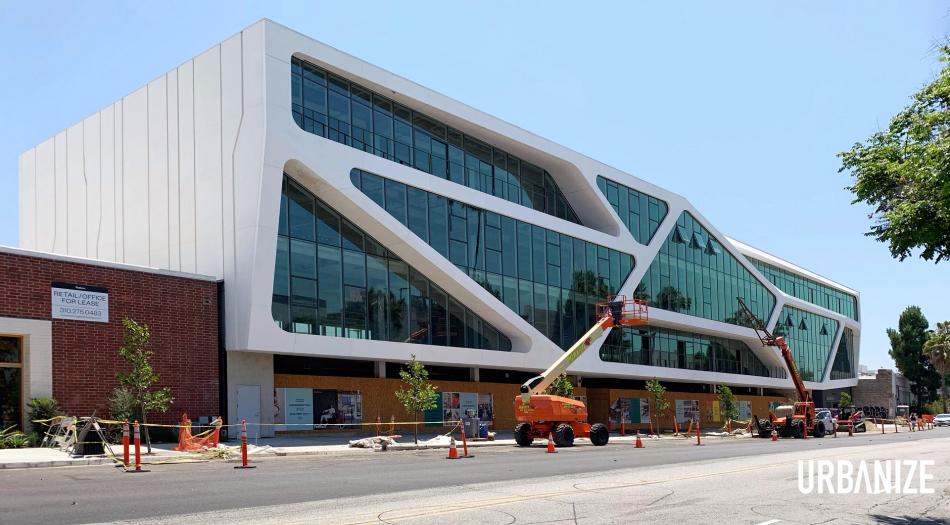 Several other large office buildings have recently been completed on neighboring sites near Culver City Station, including a 240,000-square-foot complex leased by Warner Media and a 125,000-square-foot structure which will be home to Apple's content division.

Scopely, which is already based in Culver City, was valued at $3.3 billion after a fundraising round in late 2020. 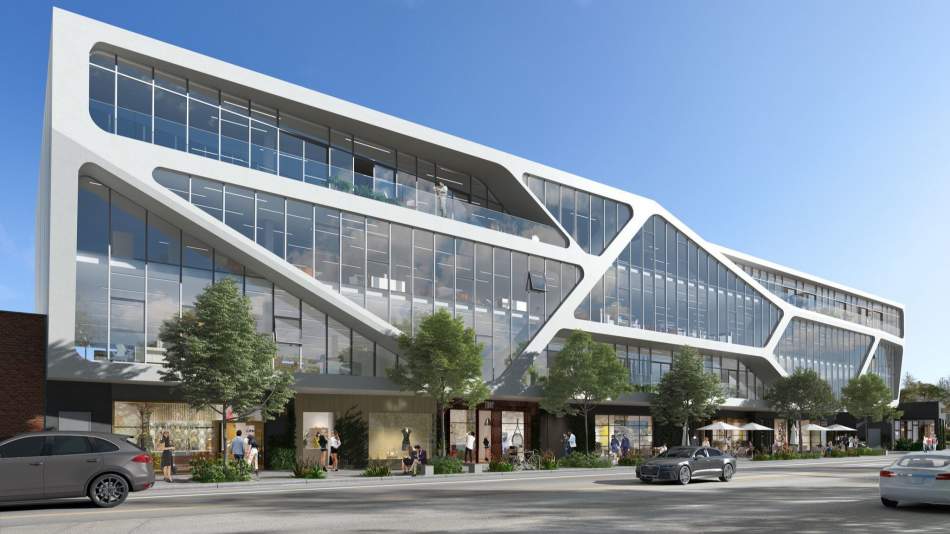 View of 8888 Washington Boulevard from across the streetRunyon Group