Construction is in the home stretch for a big senior housing complex in Warner Center. 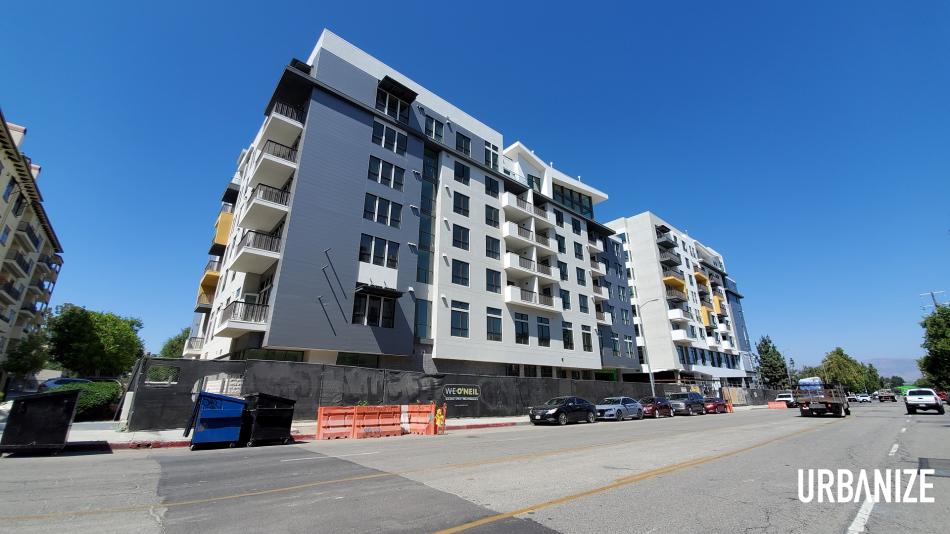 View of the Variel looking northwest from Variel StreetUrbanize LA

Designed by VTBS Architects, the project will include multiple private restaurants, a gym, a swimming pool, courtyards, and parking. The building closely resembles conceptual renderings released at the project's groundbreaking in early 2020, which depict a contemporary concrete-frame building wrapped in a series of boxy orange and grey protrusions.

Completion of the building was originally anticipated in Winter 2021. 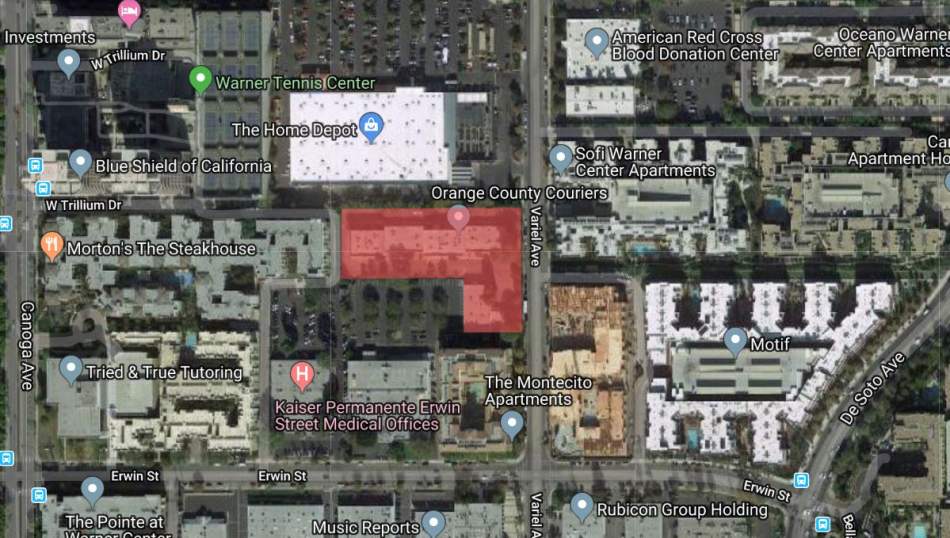 The Variel is one of three senior housing developments planned within the Warner Center community, joining a proposed a proposed 17-acre complex from Speiker Senior Partners at Canoga Avenue and Burbank Boulevard and a 190-unit project that would rise one block east on De Soto Avenue.