SoLa Impact, a Los Angeles-based developer which taps into opportunity zone funds to invest in South Los Angeles, is targeting a stretch of commercially-zoned land near the Crenshaw/LAX Line's Leimert Park Station for its next project. 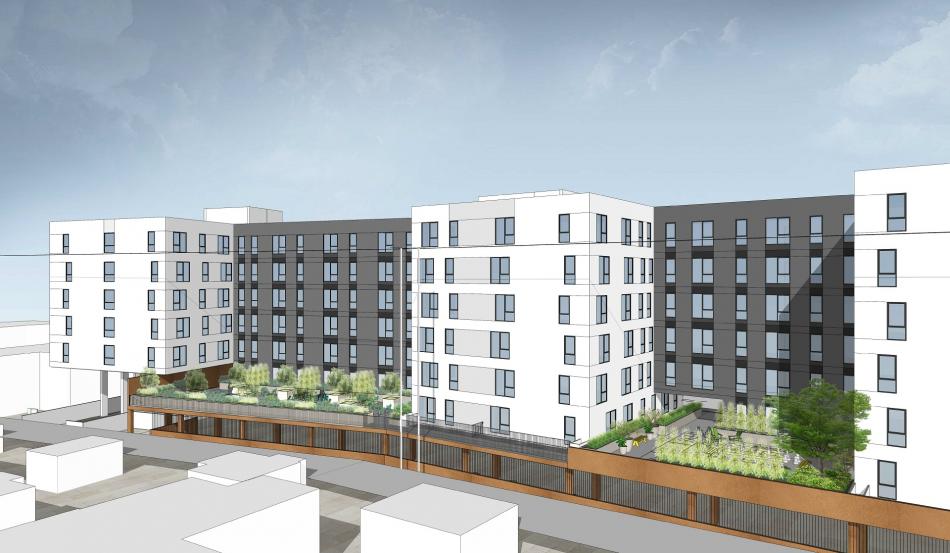 Earlier this month, SoLa Impact submitted an application to the Department of City Planning seeking entitlements for the construction of a mixed-use apartment complex at 4605-4641 S. Crenshaw Boulevard.  The proposed project would replace six existing buildings - containing more than 60,000 square feet of retail space and four apartments - with a new seven-story edifice featuring 195 studio, one-, and two-bedroom apartments above subterranean parking for 114 vehicles.

Requested entitlements for the project include Transit Oriented Communities incentives, which the property is eligible for due to its location near the future Crenshaw Line stop.  In exchange for bonus floor area and density, among other incentives, 22 of the new apartments would be set aside as deed-restricted affordable housing at the extremely low-income level.

KFA Architecture is designing the apartment complex, which would be a contemporary podium-type building clad in orange, black, and white cement plaster.  Architectural plans show that the project would include courtyards at street level and above its second floor, as well as a rooftop amenity deck.  While the building would not include ground-floor commercial space, plans call for live/work units at street level facing Crenshaw Boulevard. 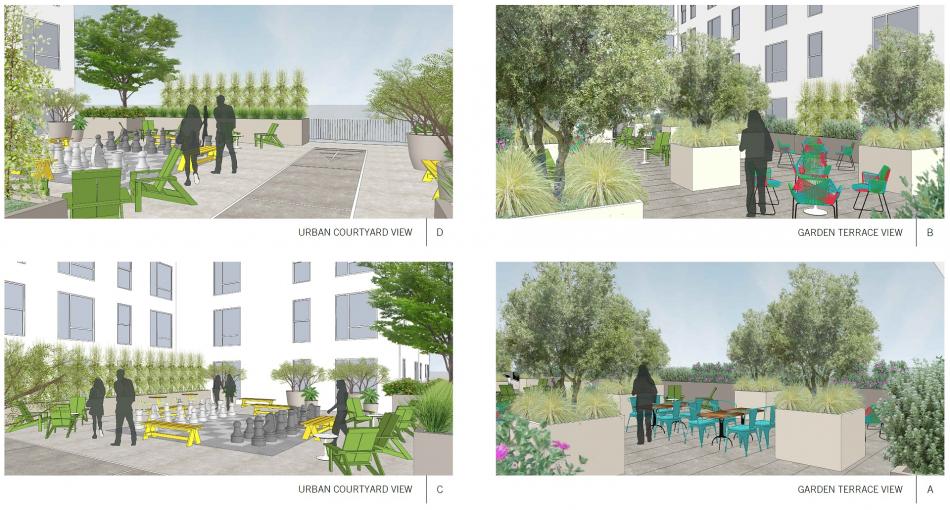 The filing for 4605-4641 Crenshaw comes just weeks after Los Angeles-based developer Treehouse submitted plans for a similar multifamily residential building just one block north.  Other projects in the works nearby include a mixed-use building with 124 residential units that recently broke ground at the intersection of Crenshaw Boulevard and Stocker Street.

The new housing will sit within walking distance of Sankofa Park, the northern bookend of the 1.3-mile Destination Crenshaw public art and open space project.