In a unanimous vote, the Los Angeles City Planning Commission has approved a Georgia-based developer's plans to raze a church near the UCLA campus in Westwood to make way for new apartments. 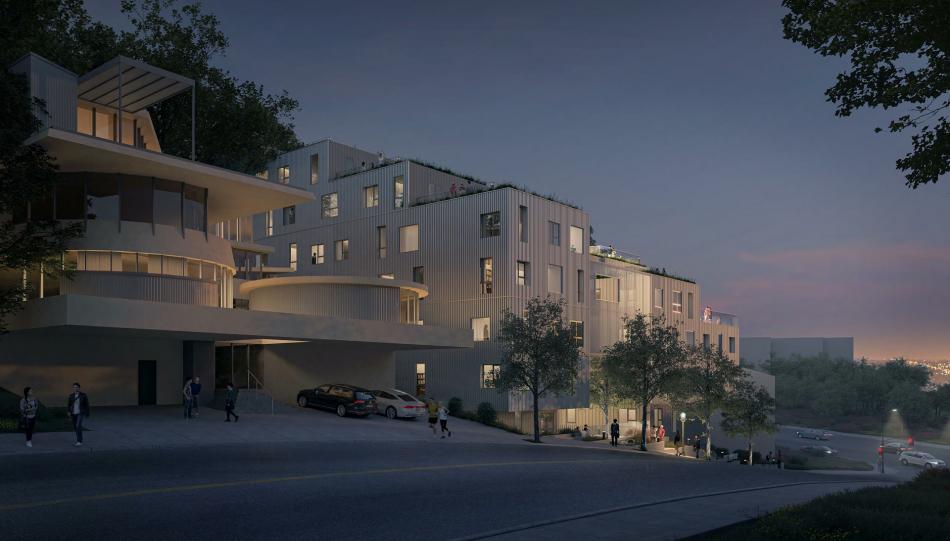 View of the Mark at Los Angeles looking northeast from StrathmoreLOHA

Landmark Properties, which specializing in housing developments catering to college students, filed plans with the City of Los Angeles in November 2020 seeking approvals to build a new seven-story, 37-unit apartment complex at 10915 W. Strathmore Drive.  The proposed project, named the Mark at Los Angeles, would replace a Lutheran church with a mix of two-, three-, four-, and five-bedroom apartments, five of which would be set aside as affordable housing at the very low-income level.

The inclusion of deed-restricted affordable units enabled the project to seek greater floor area height than permitted by local zoning rules, as well as relief from a handful of other regulations.

LOHA is designing the project, which breaks the mass of the building into a series of cubic forms, using setbacks on its upper floors to create outdoor terrace decks.  Plans call for an exterior of fiber cement boards and corrugated metal panels, with a structure that takes a U-shaped footprint around a street-level courtyard along Strathmore. 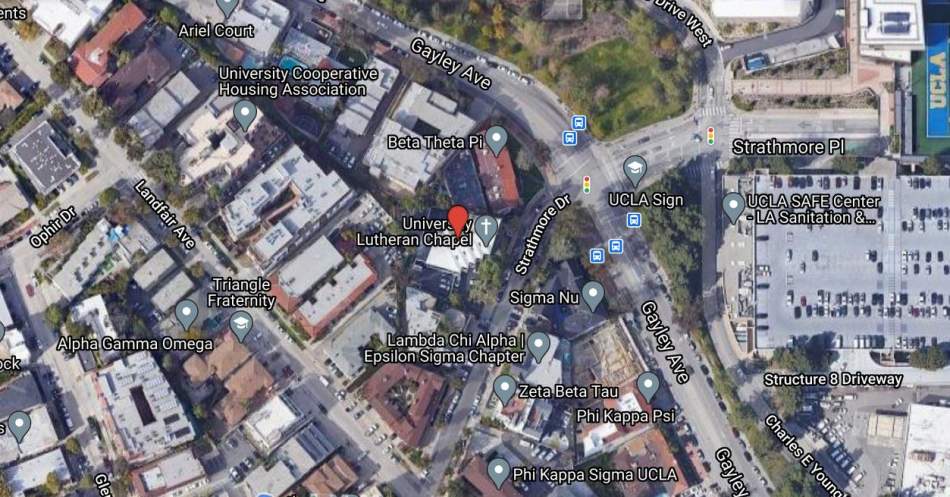 While the project may eventually cater to UCLA students, it will not be true student housing. UCLA is in the midst of a nearly $900-million construction binge of its own, adding more than 5,000 student beds in a series of new buildings along the west side of its campus.  The university is also planning faculty housing in at the intersection of Hilgard Avenue and Lindbrook Drive.