In just under two weeks, Colorado Boulevard will once again play host to the annual Rose Parade. And on that route, passersby may notice that construction is coming to a close at a new mixed-use project next-door to the Paseo shopping mall. 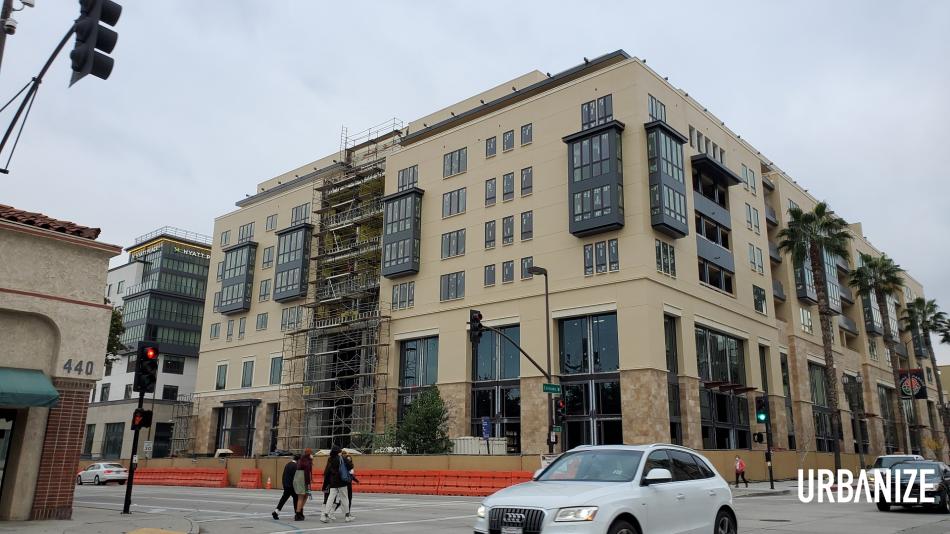 The new development, named Colorado 77, sits at the southwest corner of Colorado Boulevard and Los Robles Avenue on a site that was once home to a Macy's department store. In its place stands a new seven-story edifice that will feature 77 condominium units top 65,000 square feet of retail and restaurant space. Parking for the new housing and commercial uses will be provided in an existing garage owned by the City of Pasadena.

Designed by Adept Urban, the project is a podium-type structure with two stories of retail capped by housing. A series of terrace decks line the upper levels of the building. 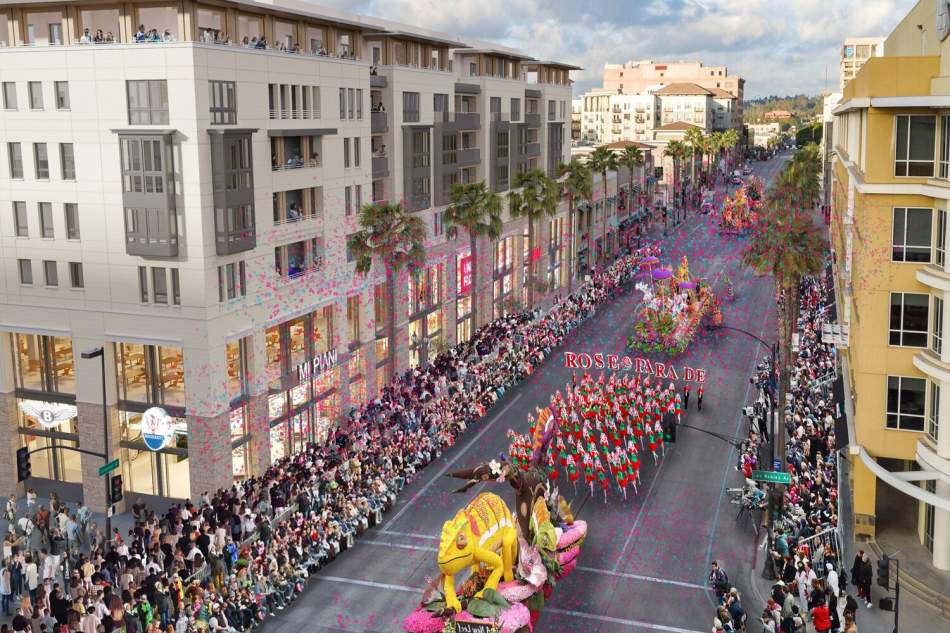 The project is listed among the portfolio of Arizona-based real estate development firm Holualoa Cos., which is planning a second Pasadena development roughly a half-mile east near the intersection of Green Street and Catalina Avenue.

Colorado 77 is the latest in a recent string of developments that have remade the neighborhood surrounding the Paseo mall, including an adjoining Hyatt Place hotel, also built on footprint of the former Macy's, and Kaiser Permanente's new medical school on the opposite side of Los Robles Avenue.