An image posted by the Woodland Hills Warner Center Neighborhood Council offers a fresh look at plans from Kaplan Companies to redevelop the site of a shuttered Fry's Electronics store with a hotel, apartments, and retail space.

The project, named District at Warner Center, would rise from an 8.8-acre site at 6100 N. Canoga Avenue that is now home to a vacant retail building and surface parking.  Kaplan Companies, which acquired the site for $42 million in 2020, is seeking the approval of a 1.1-million-square-foot mixed-use complex featuring 852 apartments, a 204-room hotel, and parking for roughly 1,400 vehicles. 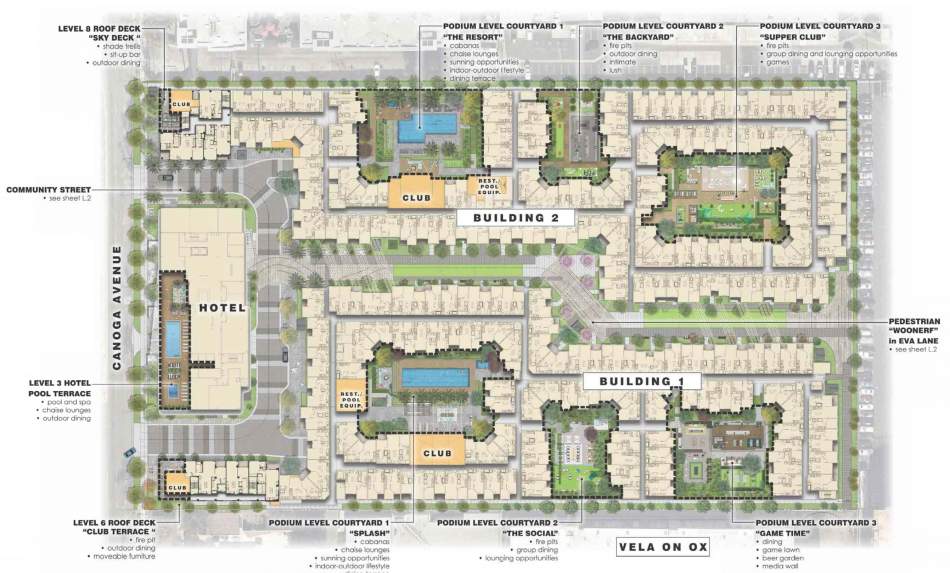 Current plans reflect a modest decrease from the entitlement submissions filed with the City of Los Angeles last year, which had called for a larger 880-unit residential component to the project.

Designed by AO, District at Warner Center would include two eight-story podium-type apartment buildings and a 12-story hotel tower.  Due to the sprawling dimensions of the site, the property would be bisected by a pedestrian "woonerf," lined with live/work apartments, plazas, and green spaces.  That shared street is expected to link to a similar multi-use corridor which cuts through the adjacent Vela at Ox mixed-use project, and would also be aligned to connect with future developments on neighboring sites on Variel and Canoga Avenues.

Construction of District at Warner Center is expected to occur in three phases, starting with the two apartment buildings.  A full buildout of the project would take roughly four years. 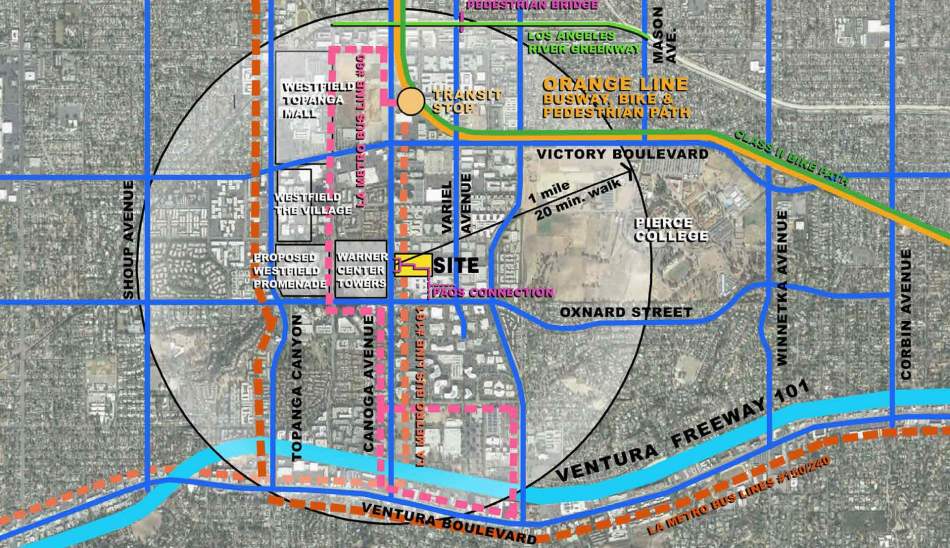 The project is one of a handful of large, multi-phase developments planned in the Warner Center neighborhood, including the Promenade 2035 complex and Adler Realty's proposed campus at Burbank Boulevard and De Soto Avenue.

Fry's, which closed its stores nationwide in February 2021, left behind a number of sprawling properties that could be suitable for redevelopment.  Kaplan Companies is not the only developer keying in on one of the defunct retailer's Southern California outposts: LaTerra Development is seeking approvals to raze the chain's Burbank store to make way for housing and commercial space.