Located almost exclusively within the median of a busy freeway, the stops on Metro's Green (C) Line have never been described as "pedestrian friendly." But L.A. County wants to at least give it a shot with one station that straddles the border between the unincorporated communities of Athens and Westmont and the Harbor Gateway neighborhood in the City of Los Angeles. 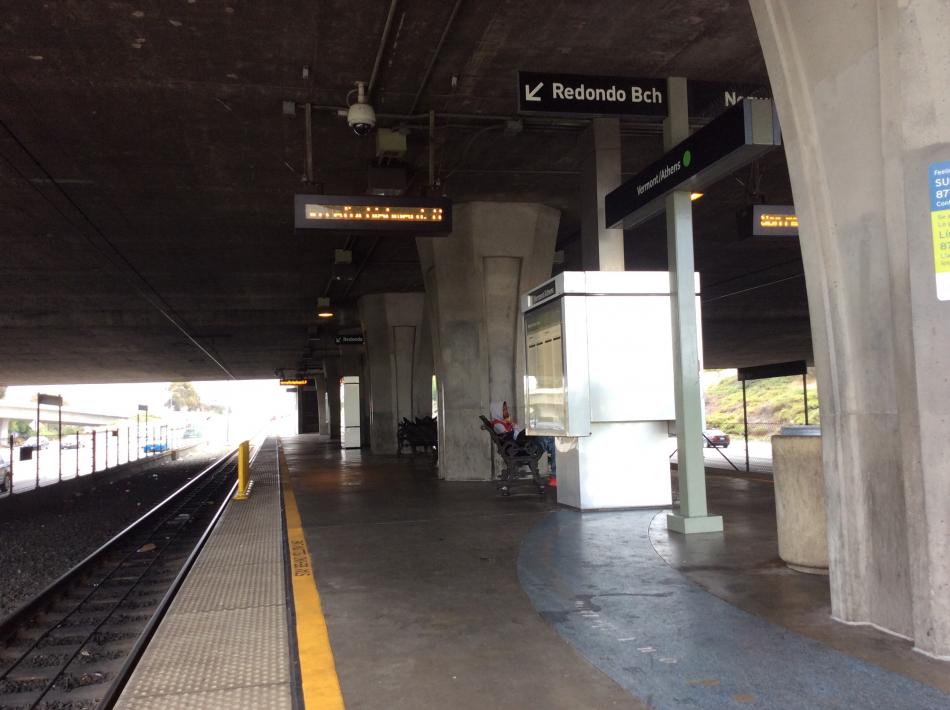 At its meeting yesterday, the L.A. County Board of Supervisors authorized the County Department of Public Works to begin soliciting bids from contractors for improvements to a roughly 1.1-mile stretch of Vermont Avenue between 108th Street in the north and 122nd Street in the south. The project, which is expected to cost $8.4 million, would include: 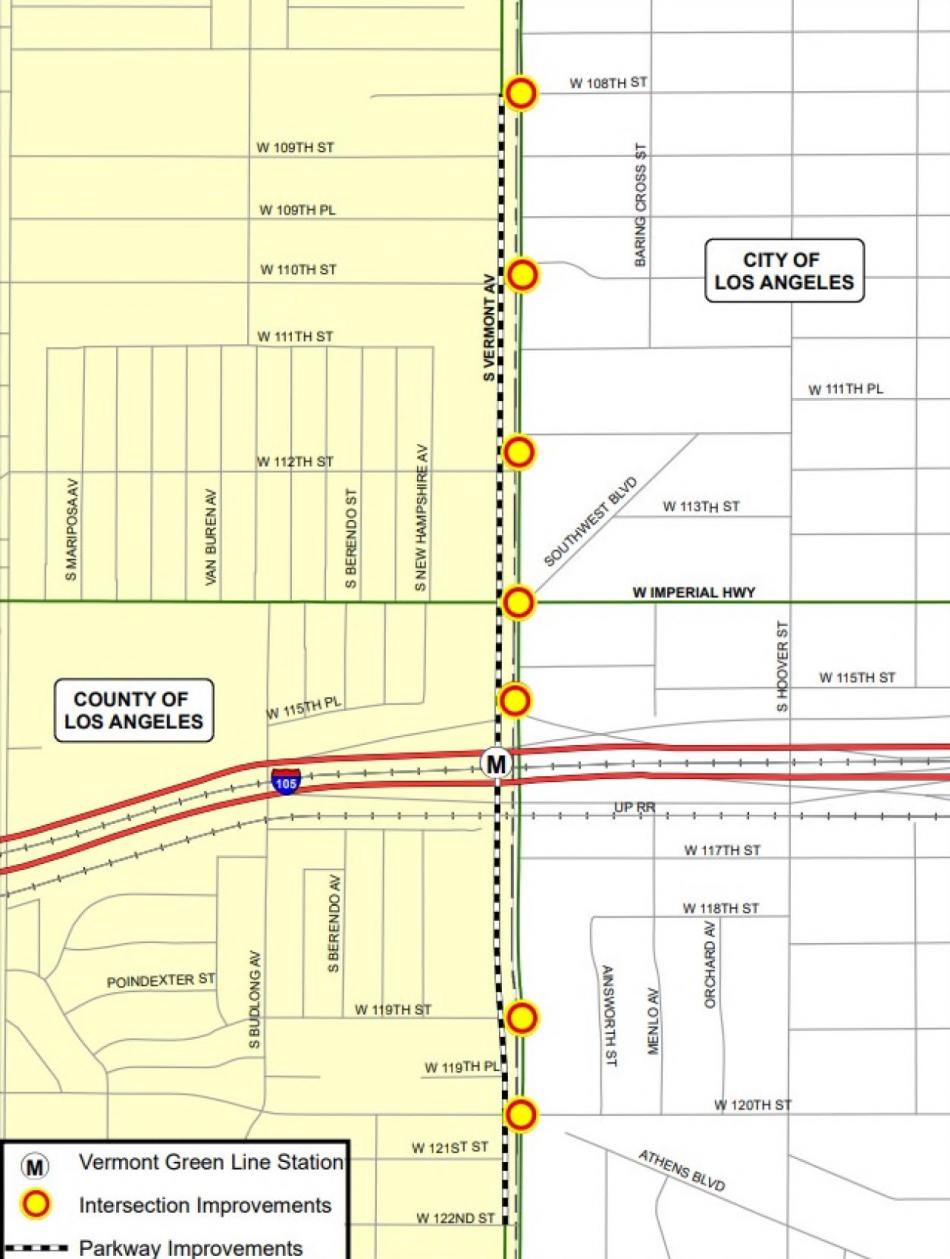 The improvements, which would target seven intersections, are being funded through a combination of ExpressLanes toll revenue and other L.A. County and Metro sources.

Construction is expected to commence by December 2022 and conclude by August 2024.