In Del Rey, a cluster of concrete commercial buildings completed in the 1920s and 1950s have been razed to make way for a larger office campus. 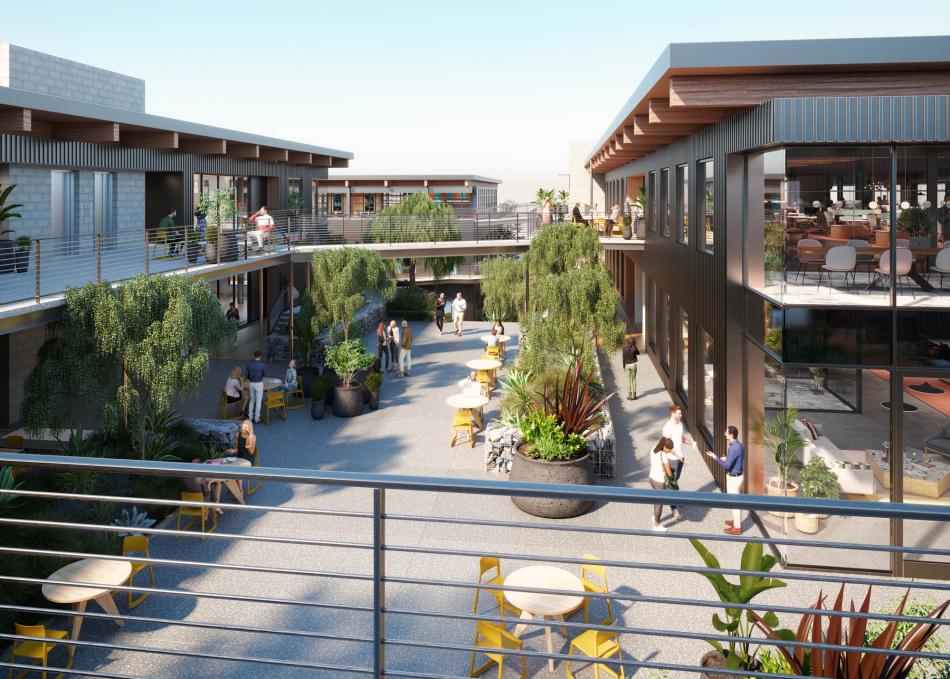 The Bramore Group, which owns the property at 4204-4230 Glencoe Avenue, has entitled the site for the construction of a new project which would include a trio of office buildings surrounding paseos and a central courtyard. Approved plans call for nearly 122,000 square feet of offices, accompanied by 1,500 square feet of retail and code-required automobile parking.

Rios is designing the campus, called 42XX, which would span approximately three acres and would include a trio of three-story buildings.

The buildings, per a landing page on the Rios website, were designed in partnership with Holmes Structures to employ a combination of mass timber, steel, and concrete in their construction. Additionally, the site is arranged to leave nearly half of its footprint open to the sky, and will incorporated fully grown trees into its courtyards and paseos. 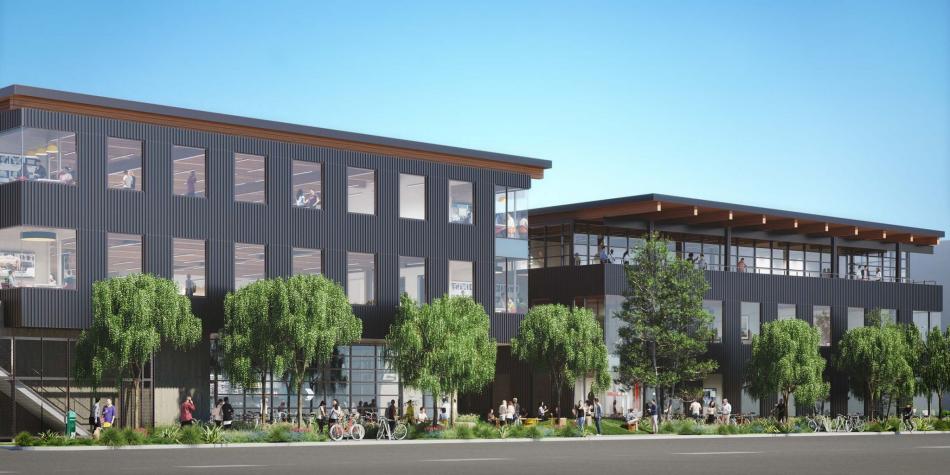 View of 42XX from streetRios

When completed, the offices are expected to include private entries, exterior stairways and corridors, touchless restroom features, and open-air parking.

The project site is located in a formerly industrial area which has gradually transitioned to a neighborhood of condominiums and loft-style apartments over the past two decades, with recent additions such as California Landmark Group's 230-unit G8 development.

A similar 155,000-square-foot office complex, now partially leased by video game maker Electronic Arts, was recently built not far south near the end of the 90 Freeway. 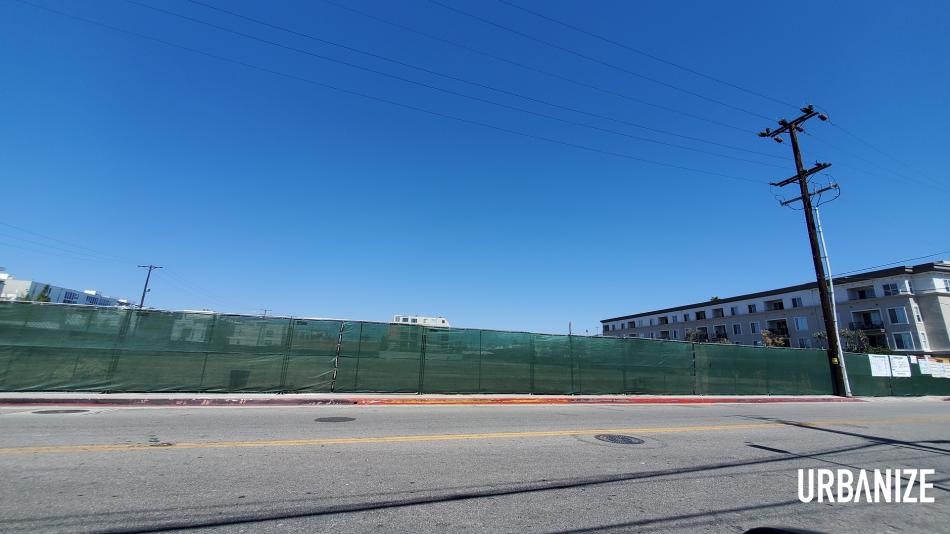