A short walk from La Brea in West Adams, CIM Group is setting the stage for construction at yet another mixed-use apartment building. 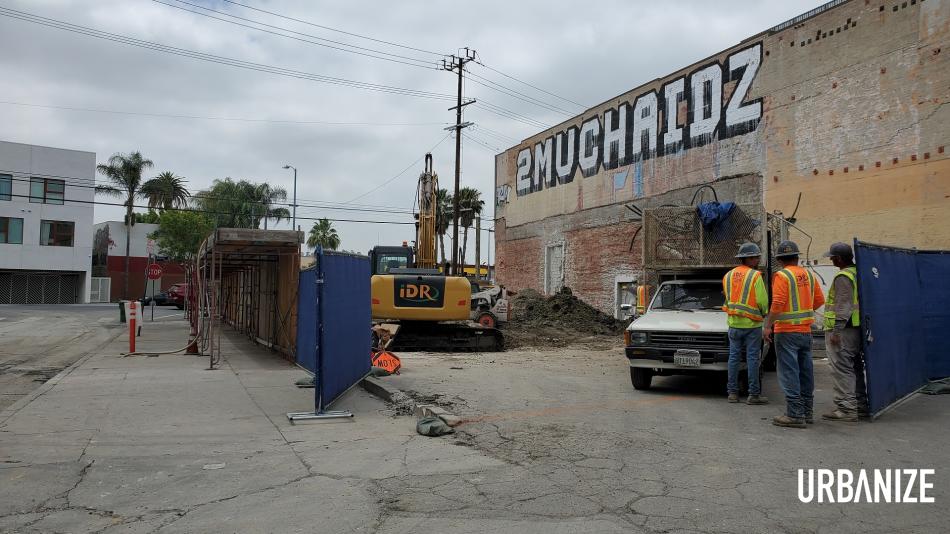 The Mid-Wilshire-based developer recently began demolishing a laundromat at 5201 W. Adams Boulevard, where the City of Los Angeles has approved the construction six-story, 25-unit apartment building with 1,650 square feet of ground-floor commercial space and parking for 17 vehicles.

In exchange for Transit Oriented Communities incentives, permitting increased height and density, CIM would set aside two of the proposed studio and one-bedroom apartments as affordable housing to be rented at the extremely low-income level.

City records indicated that Hwangbo Architecture of Los Angeles is designing the project. 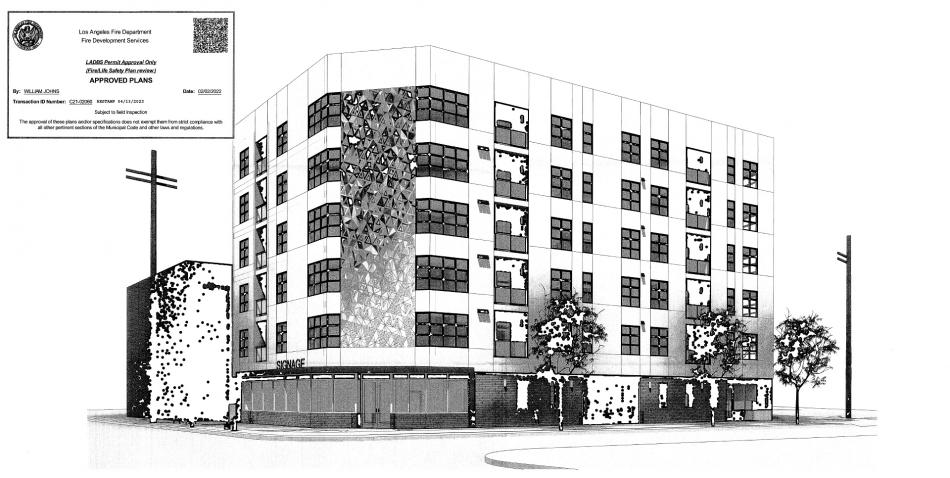 The project is one of numerous CIM developments in the West Adams and Jefferson Park neighborhoods, joining the new Alsace hotel and a larger apartment complex that recently broke ground at Adams and Mansfield Avenue.

The project site also sits directly across the street from a 115-unit apartment complex being built by 4D Investments & Development.