Developer Oakmont Capital has demolished a series of small residential commercial buildings at the intersection of Overland Avenue and Tabor Street, setting the stage for the company's latest mixed-use building in Palms. 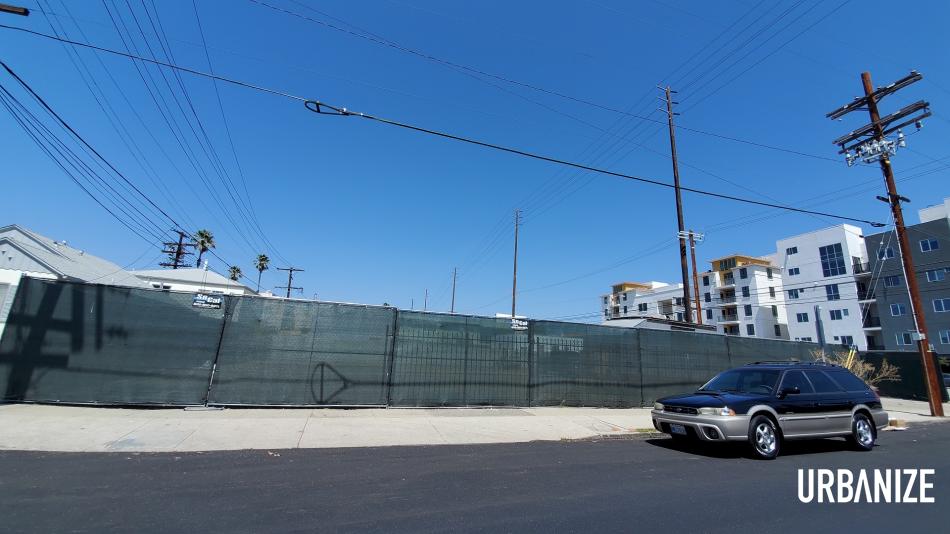 The project, which would rise at the northwest corner of the intersection, calls for the construction of a six-story edifice featuring 64 studio and one-bedroom apartments above 1,395 square feet of ground-floor retail space and semi-subterranean parking for 69 vehicles.

Oakmont secured entitlements for the project in 2020 through the Transit Oriented Communities guidelines, which permit increased density and height in areas near high-frequency bus and rail transit.  In exchange for the incentives, six of the apartments are to be set aside as deed-restricted affordable housing at the extremely low-income level.

Reed Architectural Group is designing the project, which is portrayed in a rendering as a contemporary podium-type building clad in a combination of stucco and concrete, and capped by three rooftop terrace decks.  Plans also call for a small courtyard and recreation room at the second floor. 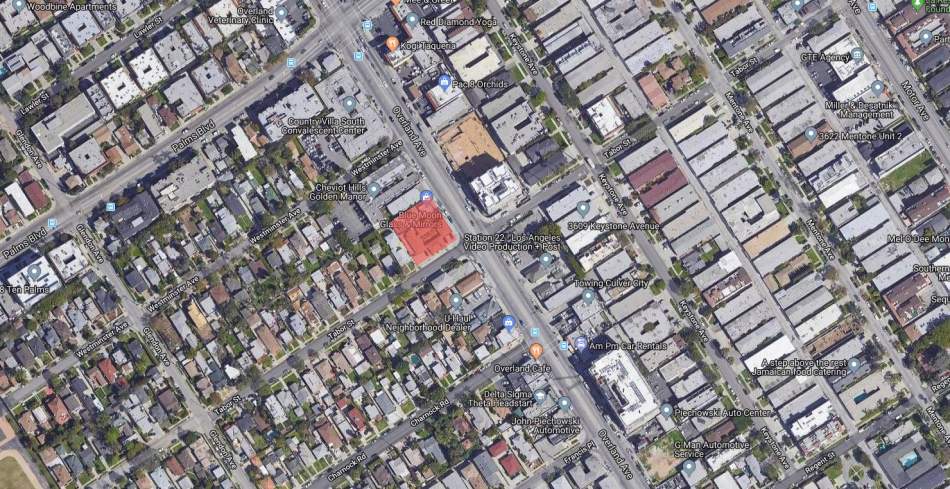 The project is the third Overland Avenue development for Oakmont and Reed Architectural Group, joining a 188-unit apartment complex now under construction across the street and a 119-unit building planned for an empty lot on the opposite side of Tabor Street.

Other investors have also keyed in on the surrounding stretch of Overland, including Cale Enterprises, which is now in construction at a mixed-use apartment building called "The Jagger."