Just south of the US-101 freeway, the Bond Companies has kicked off site preparation for Inspire Echo Park, a new multifamily residential complex located at 355 N. Glendale Boulevard.

The project, which spans a roughly-once acre property previously improved with a collection of small commercial buildings, is approved for the construction of a new seven-story edifice containing 90 apartments above an 82-car semi-subterranean garage. 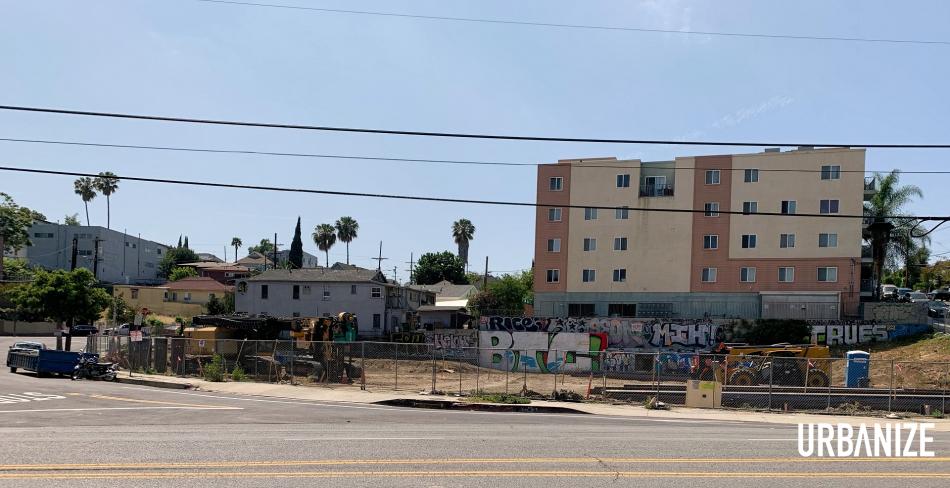 Approved entitlements include Transit Oriented Communities incentives, allowing for an increase in allowable floor area and a decrease in required automobile parking. In exchange, the Bond Companies will be required to set aside 10 of the one-, two-, three-, and four-bedroom apartments for as affordable housing at the very low-income level.

HED is designing Inspire Echo Park, which is portrayed in a rendering contemporary podium-type structure. Plans show open space amenities including a lounge, a fitness center, a swimming pool, and a rooftop deck.

The Bond Companies, which has offices in both Chicago and Los Angeles, previously developed a mixed-use building a few blocks west of Glendale Boulevard, and is now in construction of a larger mixed-use project in Hollywood. 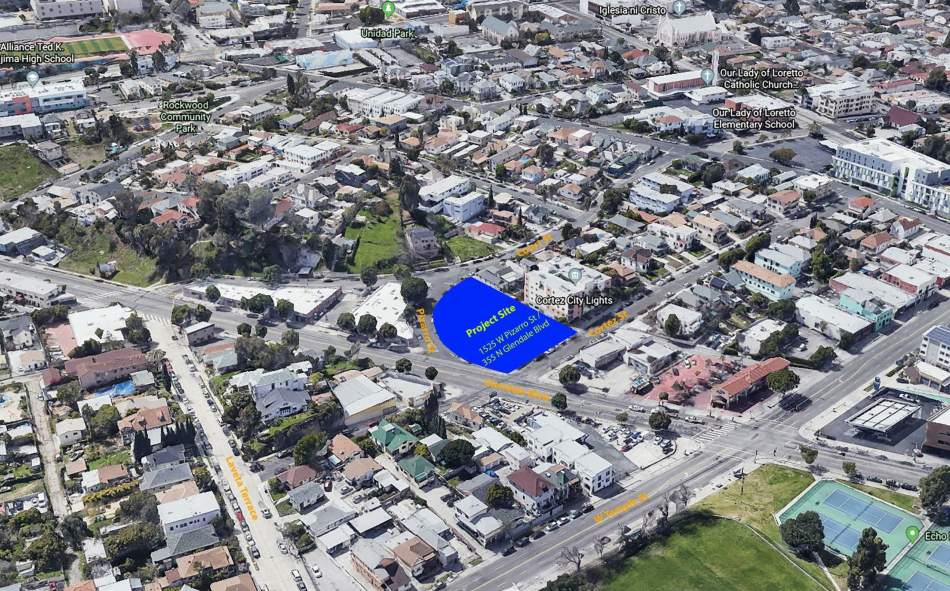 The Inspire Echo Park site sits one block south of Temple Street, where another developer filed plans in 2019 to build a similar multifamily housing complex.