Non-profit developer BRIDGE Housing Corp. has kicked off work on a mixed-use project that will bring affordable housing and commercial space to a previously vacant site in Central Long Beach. 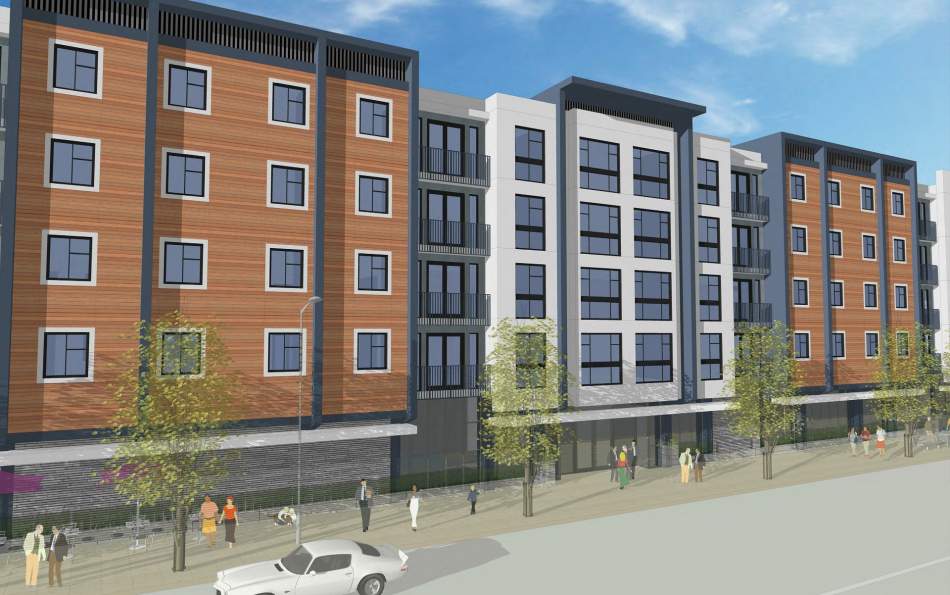 The project, located at the intersection of Anaheim Boulevard and Walnut Avenue, will consist of a five-story building featuring 88 one-, two-, and three-bedroom dwellings.  Plans also call for 22,700 square feet of ground-floor commercial space, most of which would be occupied by a medical clinic.  A three-story, 156-car garage is slated for the back of the property.

SVA Architects is designing the Anaheim and Walnut development, which is depicted in renderings as a contemporary low-rise apartment complex.  Architectural plans show on-site amenities such as a rooftop deck, a central courtyard, and recreation rooms.

According to February 2021 application for tax-exempt bonds, the estimated budget for the project is $53 million.  Proposed rents from range from $379 to $1,678 per month. Per a news release from general contractord R.D. Olson Construction, the apartments will be reserved for formerly homeless seniors and low-income famillies earning between 30 and 60 percent of the area median income level. 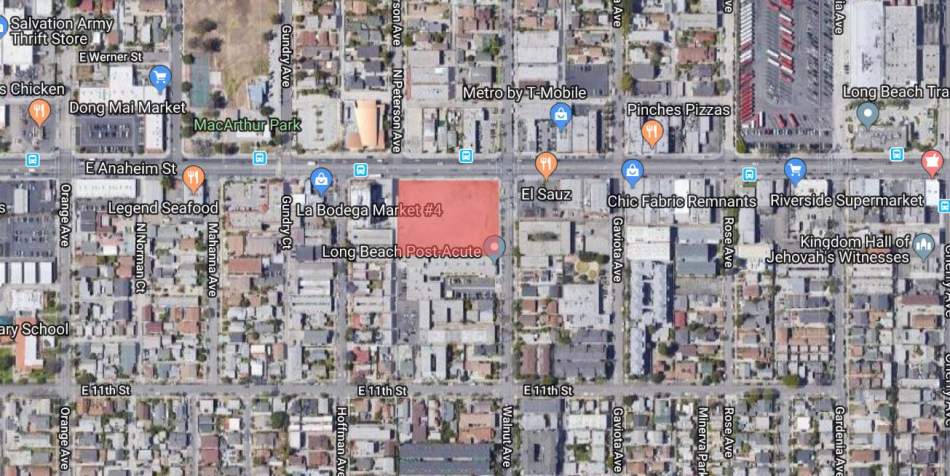 Completion of the Long Beach apartment complex is expected in Summer 2023.

BRIDGE Housing, based in San Francisco, is developing several affordable apartment communities in Los Angeles County, including new buildings at the Jordan Downs complex in Watts and the Vermont-Manchester complex in South Los Angeles.