Just east of the intersection of Sunset Boulevard and Fountain Avenue in Silver Lake, wood framing is starting to rise at the site of a new development from California Landmark Group (CLG). 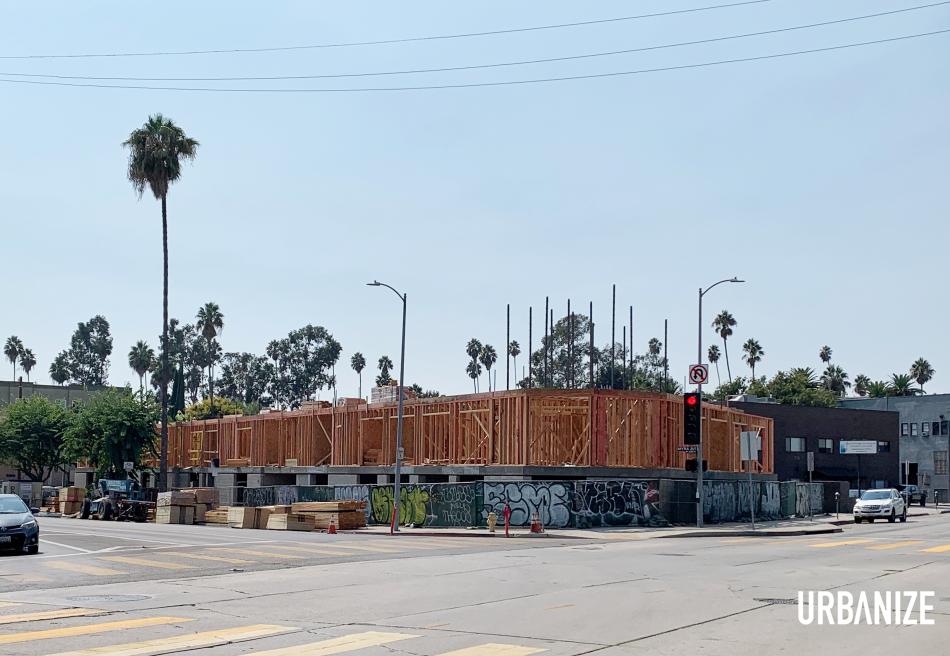 The project, approved in early 2020 by the City of Los Angeles, is rising from a site at 1201 Myra Avenue, where it replaced an automobile repair shop. The under-construction development will stand six stories in height, featuring 100 rental apartments above 50 parking stalls in a semi-subterranean garage.

California Landmark Group entitled the project using the City of Los Angeles' Transit Oriented Communities guidelines, which permit larger buildings than allowed under zoning near transit when developers agree to provide on-site affordable housing.  CLG will set aside 10 of the new apartments for rent by extremely low-income households in exchange for the incentives.

PK Architecture is designing the project, according to city records.

While CLG's has focused its efforts on Westside neighborhoods such as Palms and Del Rey, the prolific developer has been known to venture farther east from time to time.  In 2015, CLG completed work on a mixed-use apartment building on Melrose Avenue in Larchmont.