Less than six months after we last checked in, wood framing has reached its peak at the intersection of 8th Street and Serrano Avenue in Koreatown, where prolific local developer Jamison Services, Inc.'s is building its latest mixed-use apartment complex. 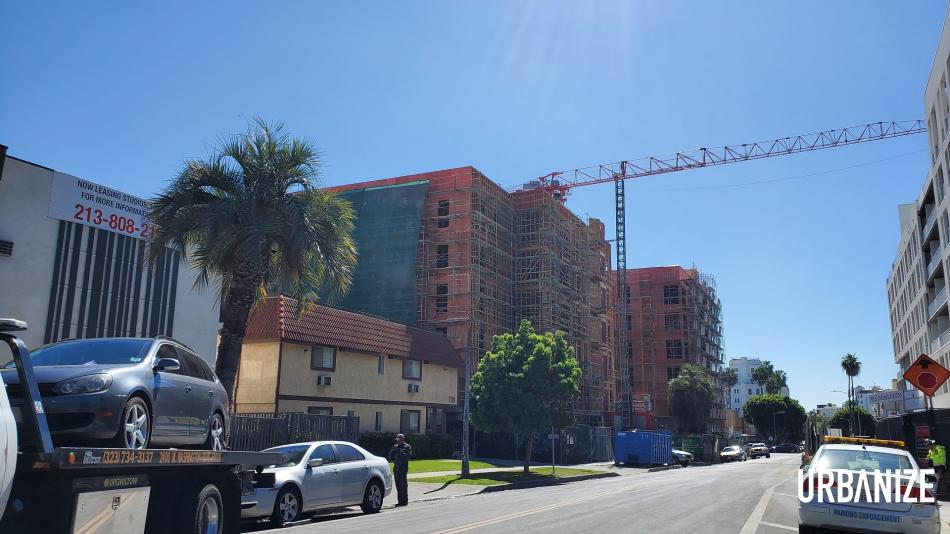 The project, located at the northeast corner of the intersection, consists of a six-story edifice which will feature 157 studio, one-, and two-bedroom apartments and 12,000 square feet of ground-floor retail space at completion. Parking for 96 vehicles will also be located in a two-level subterranean garage beneath the building.

Project entitlements include Transit Oriented Communities incentives, which Jamison used to permit a larger structure than otherwise allowed by local zoning rules. In exchange, 16 of the apartments will be reserved as affordable housing at the extremely low-income level.

The AC Martin-designed building, named for its address at 760 Serrano, will be clad in a combination of stucco, glass, and metal. Architectural plans show amenities including a swimming pool, a courtyard, and a rooftop amenity deck.

Completion of the project is expected in January 2023, according to a landing page on the Jamison Services website. 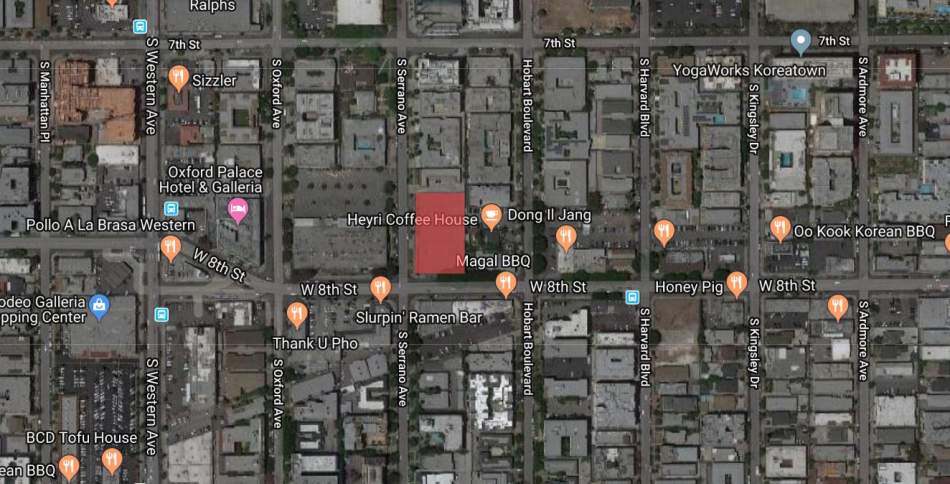 Jamison, the largest commercial landlord in Koreatown, has built a slew of new housing developments along 8th Street, including a new project now under construction two blocks away on Western Avenue.

760 Serrano also sits east across the street from the Rise Koreatown, a larger mixed-use development that will include 364 apartments above ground-floor commercial space.