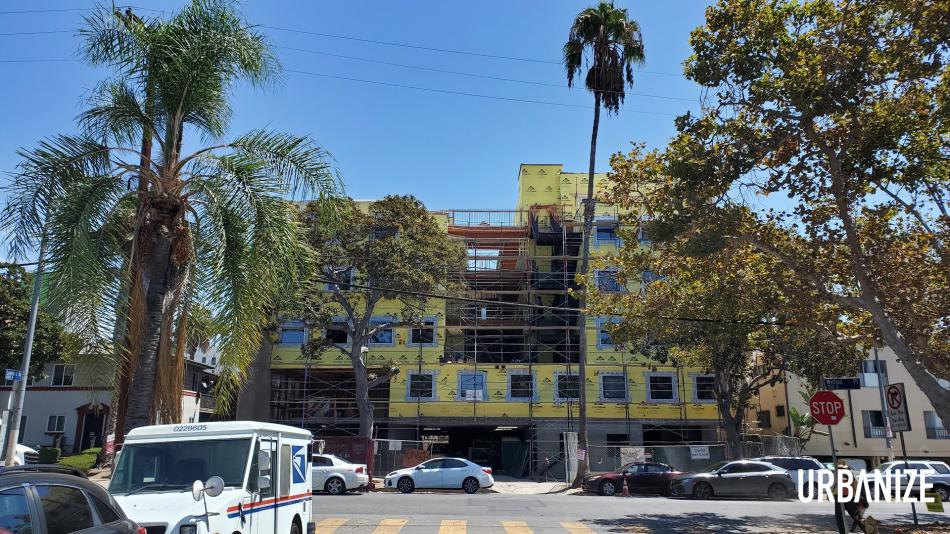 The project, which replaced four rental units, consists of a six-story building that will feature 25 one-, two-, three-, four-, and five-bedroom apartments atop street-level parking for 22 vehicles.

Designed by Bittoni Architects, the wood-frame building will be clad in a facade of white stucco accented with wood panels. Plans show a small recreation room and a courtyard at the building's second floor.

At the time the project began construction, completion of 726 Wilton was expected in early 2023. 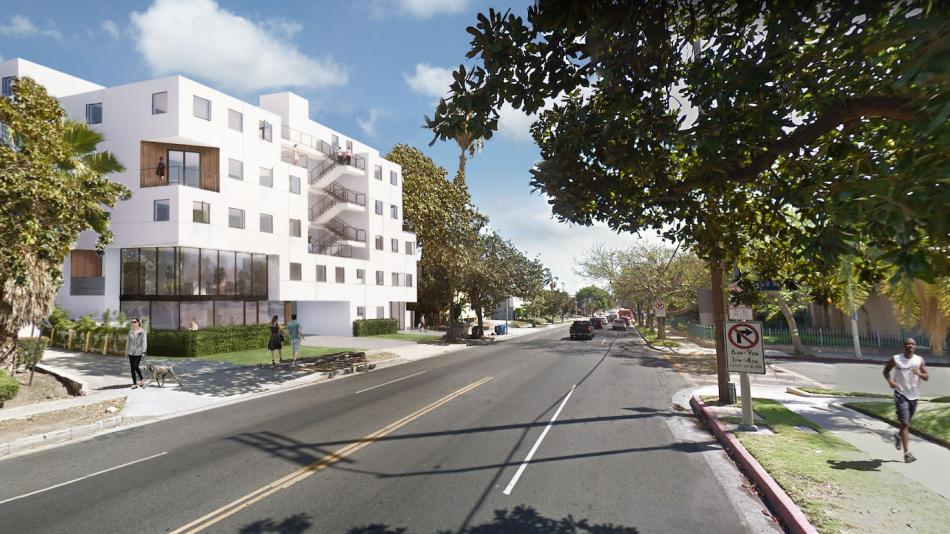 The project is the latest in a long series of collaborations between Category Company, which specializes in co-living apartment complexes, and Bittoni, including similar developments in Larchmont, East Hollywood, Mar Vista, and Del Rey.